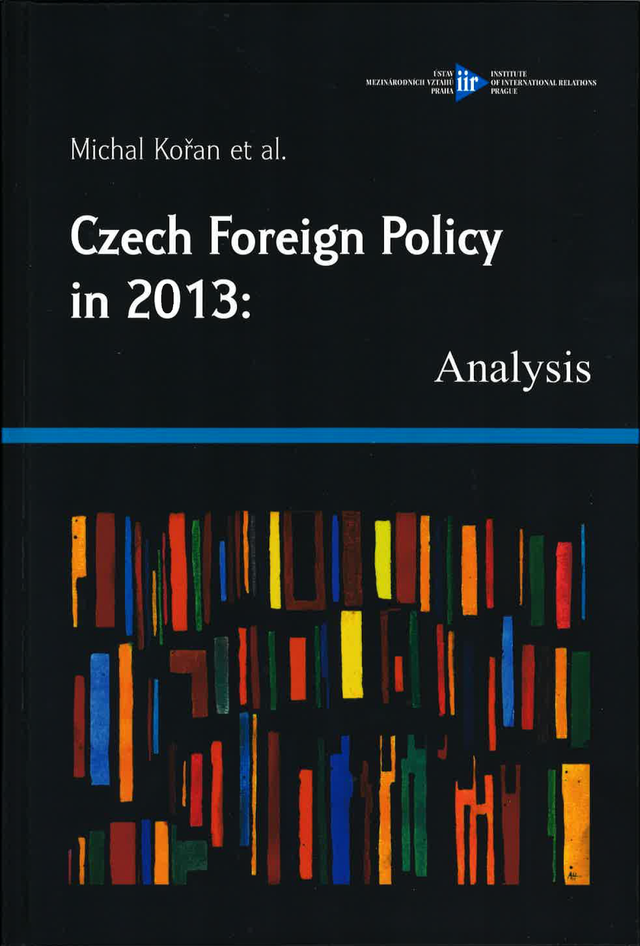 This book is a part of a project of the Institute of International Relations, which, ever since 2007, aims to provide deep and thorough analyses of the Czech foreign policy. Every year the team of authors works with a single unifying framework for the analysis in order to publish a comprehensive, coherent and multiperspective book that provides an insight into the Czech foreign policy. This framework of analysis consists of a focus on the political and conceptual background of the Czech foreign policy, and on the main agenda and the main actors carrying out this agenda, and it also looks into the media and public context of the foreign policy. Because of the longevity of our research, the team can work with an unprecedented amount of data, as each year's foreign policy analysis can utilize findings from previous analyses. The year 2013 was marked by a fragile and turbulent political context, the first-ever direct presidential elections of the Czech Republic, and early parliamentary elections. This book brings an insight into how this political milieu helped to shape the Czech foreign policy during that year, and identifies its most important goals, ambitions, limits, successes and failures. PART I: CZECH FOREIGN POLICY IN 2013:CONTEXT AND MAKING

PART V: THE MULTILATERAL DIMENSION AND OTHER THEMATIC AREAS OF CZECH FOREIGN POLICY

You can purchase the publication in the e-shop.