EU and Turkey deal: The dark side of the Refugee Statement 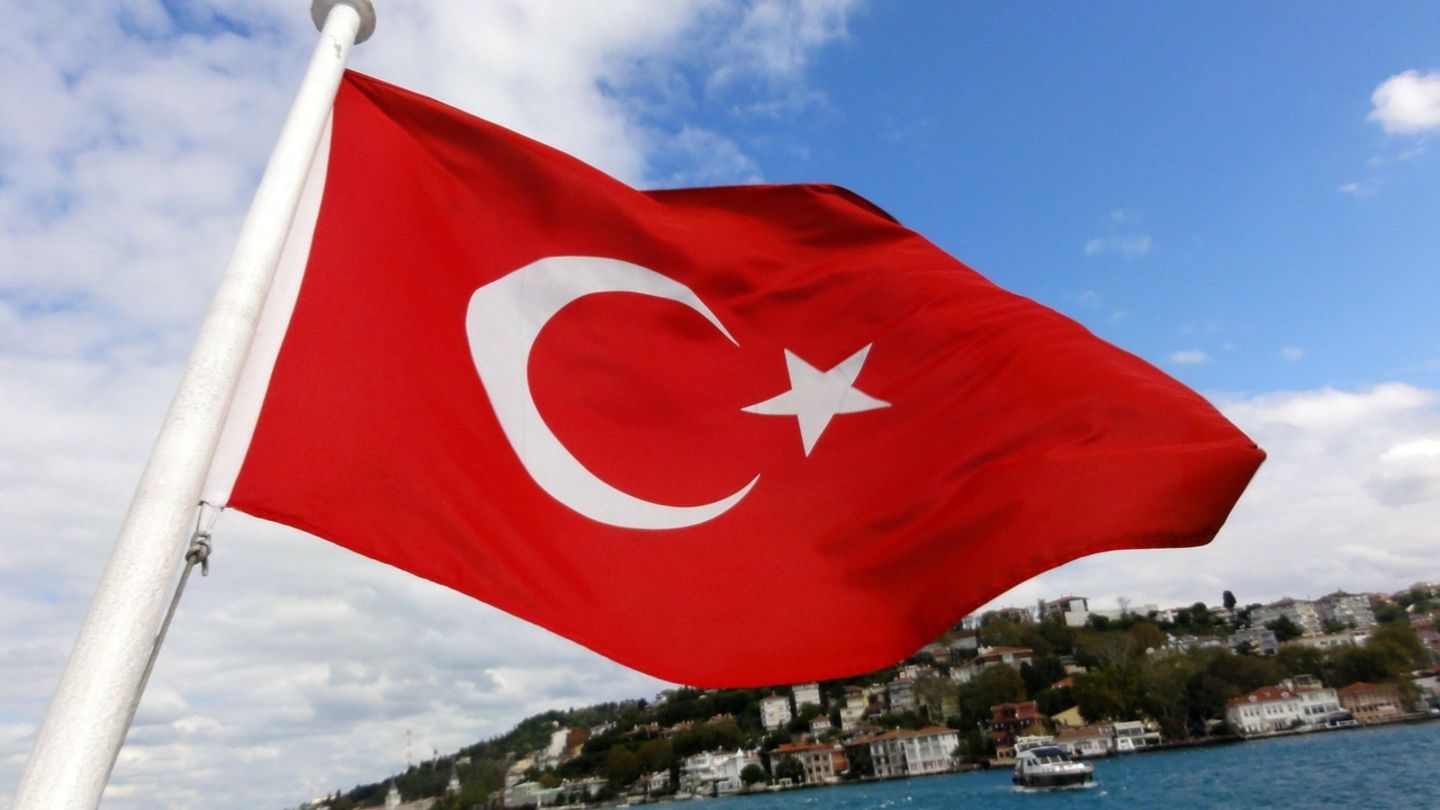 The refugee protection term with its basic rules and principles was implied in Geneva Convention in 1951 by the current European Union and European Community (EC) as such was at the time when the convention was adopted. Later, the Schengen agreement facilitated a common approach to asylum and migration policy; however, this facilitation did not consider the enlarged borders. The key point of the Schengen agreement was its borderless benefit for EC citizens and the flexibility to manage the borders. As a part of Schengen system, Dublin Convention of 1990 is the resource for the basis of the common asylum policy.

Consequently, this first country of entry due to border locations makes enormous pressure on the EU Border States like Greece, Italy, Hungary, and Bulgaria. And the tendency of the protection of their external borders quite logical for these states. The history of the refugee crises goes back to 2015 when the refugee flows from the Aegean Sea caused a humanitarian drama that demanded immediate assistance. The massive refugee flows made a mess in the minds of European people and a clash of interests among the EU member states.

Before the outbreak in Syria, the EU had intense discussions how to deal with the upcoming crisis issues like applications for refugees and asylum seekers. Some countries like Estonia, Lithuania, and Portugal decline all of the asylum applications and Latvia, Hungary, and Poland recorded first instance rejection cases.

The fair sharing of the refugee burden by all member states seemed the most prominent solution. Nevertheless, Turkey took the responsibility of the guardian role for the European Union borders in this global challenge. The high possibility to re-energize Turkey’s accession process by opening up chapters, speeding up visa liberalization and investing € 6 billion financial assistance in order to improve the standard of living of the Syrian refugees in Turkey, has ensnared the country to act confidently in refugee deal. And the deal between the EU and Turkey entered into force in March 2016.

One of the main terms of the agreement is its exclusivity: it will not be applied to other nationalities (e.g., nationals of Afghanistan, Pakistan or even Iraq). The operation principle of the agreement includes “one-to-one mechanism”. More clearly, the agreement implies that Turkey would admit the migrants who illegally crossed the Aegean Sea, at the same time for every returned Syrian from Greek islands, another Syrian would be resettled from Turkey to the EU. Taking into account the message of the European Commission’s president Donald Tusk after the deal mentioning: „breakthrough“, it was a very clear that the days of irregular migration to Europe are over. For Brussels, Turkey has seemed as the provider of the solution for European deadlock, fortunately, a rapid and effective way to push away migrants from Europe.

When the Refugee Statement was signed Turkey’s behavior and performance with refugees became an exemplary, at least it was the personal opinion rather than a formal or political assessment of the European Council Donald Tusk as he mentioned himself. However, there was a heated criticism among international organizations and civil society regarding Turkey’s safety conditions. In particular, Turkey was not considered as a ‘safe third country’ (it is not safe for third country nationals).

In Malta on 3 February 2017, during the European leaders meeting the action plan for Libya migrants was discussed, the deal becomes a model for future deals with other countries, and it was high time to evaluate the effectiveness of the deal after one year from its implementation. Indeed, the deal seemed to have achieved its main goal, with the number of migrants crossing from Turkey to the EU. Turkey‘s government perceives its approach towards humanitarian crisis in Syria as one of success stories of their foreign policy.

The country’s position towards Syrian refugees since 2011 was characterized as an open-door policy. Today the number of Syrian refugees in Turkey from diverse ethnic, religious and sectarian backgrounds makes 3 million people. According to the president of the Turkey, Recep Tayyip Erdogan: Turkey was the country who dealt with the conflict’s consequences along with Syria’s neighbors whereas the international community failed 600,000 people who have lost their lives in the civil war and 13 million who was forced from their homelands‘.We call the world to put more efforts on refugee crisis and create a fair mechanism for sharing the burden.

It was the main context of the statement that was proclaimed in a first world humanitarian summit, that brought together heads of state, prime ministers and cabinet members from more than 100 countries, in Istanbul on 23rd May 2016.

The reality behind expectations: to wear rose-colored glasses or not?

Even if the number of migrants who were crossing through Aegean was declined, the Central Mediterranean became the deadliest route. Around 5,000 people dead while attempting to reach Europe by crossing the Mediterranean. According to the European Commission, the resettlement under the 1-to-1 mechanism from Turkey to the EU made 3565 people, whereas the goal was up to 72, 000. Compare to Turkey this figure negligible number as there are 3 million refugees from Syria.

Germany, France, and France are among the countries that assumed their responsibilities by accepting as many as possible asylum seekers while some countries in Europe have not resettled any Syrian at all. The political instability in Turkey and the unpleased relations with the EU, become obstacles to the migration cooperation of the sides. The deal had points that let to consider it as morally flawed and somehow illegal. Essentially, the refugees both Syrians and non -Syrians will be deprived of their right to be heard in courts. Moreover, according to the United Nation’s High Commission for Refugees (UNHCR) and Amnesty International, Turkey is the country with human rights violations.

The another aspect of the deal, its inability to solve the crisis as the flow of refugees escaping war zones will not stop. Turkey somehow can confront the crisis but due to latest issues with the EU, there is no guarantee for further contribution. The instability and lack of security in the Middle East countries force people to continue to risk their lives to seek asylum in Europe. Recently, serious messages about letting migrant flood into Europe were sent by Turkey side. The agreement with the EU seriously falls apart for the quite logical reasons:

The deal came at a time when Brussels was in deadlock vis-a-vis the migration crisis, therefore, there was lack of time for EU debates to find an adequate solution to the challenge. Turkey was at that time a rapid solution and tool to prevent mass migration to the Europe. However, it is necessary to review the question about the unfulfilled promises as a breaking point of the deal or in general the maintenance of the deal.

Regarding the first part of the question, the answer can be in two ways. Turkey’s president has already threatened the EU on several occasions with sending migrants on into Europe if the economic part of the deal is not complied with. The second unfulfilled part is visa liberalization for Turkish citizens which is likely to have an identical end as membership of Turkey into the EU. Thus, the high possibility of migrants flow in the near future to the EU is inevitable or due to already tensioned relations of Turkey with Germany and Netherlands (because of non-democratic issues in Turkey), a thorough reconsideration of the future relations between the EU and Turkey and complete breakdown of the deal is among obvious conclusion.

The maintenance of the deal is only effective solution for the present and hardly have an option to be replaced with. Either, the European Union have to settle migrants or decide to follow the poor treatment of asylum seekers at the borders of European countries and the dire standards of living on the Greek islands. The decline in the number of illegal crossings in the Aegean, the deaths in the Mediterranean and the scope of the deal demands to be reassessed. It should be the reasons for further discussions on a long-term solution to the migration crisis. The refugee crisis is a geopolitical issue. In order to stop the outcome of a huge number of people, it is necessary to stop the war.

European Union,CONVENTION determining the State responsible for examining applications for asylum lodged in one of the Member States of the European Communities,Retrieved from: http://eur-lex.europa.eu/legal-content/EN/TXT/PDF/?uri=CELEX:41997A0819(01)&from=EN, last accessed: 10.09.2017

N. Squires, A year on from EU-Turkey deal, refugees and migrants in limbo commit suicide and suffer from trauma, Retrieved from: http://www.telegraph.co.uk/news/2017/03/14/year-eu-turkey-deal-refugees-migrants-limbo-commit-suicide-suffer/, last accessed: 10.09.2017