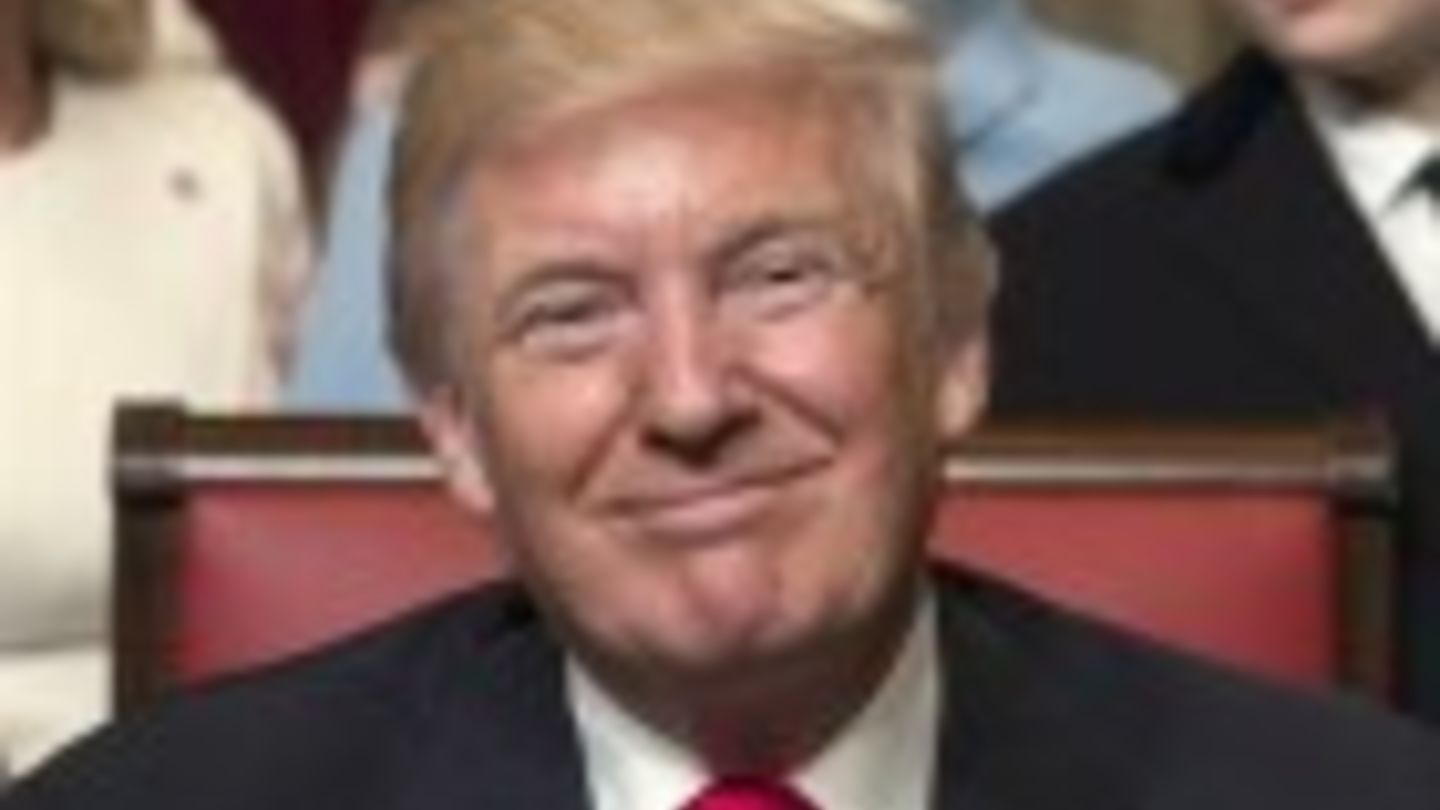 During the presidential campaign, President Donald Trump pledged to change American foreign policy from the Obama’s agenda, making ‘America Great Again’, but what does it mean exactly? Besides Trump’s contradicting statements, it is impossible to identify a long-term strategy, particularly in relation to Trump’s agenda in the Middle East, where the ongoing crisis keep challenging U.S. as world leading power.

Considering his first steps, it appears that Trump administration has repeatedly affirmed the intention to roll back Obama’s legacy but without identifying any detailed plan nor coherent goal. In the light of this, a closer look at Trump’s approach in the Middle East could help understand which directions Washington seems to be willing to undertake in the so-called Trump’s era.

When a new President takes office, his statements and speeches are fundamental for the understanding of his future agenda. Since President Trump entered White House, however, it has been hard to identify coherency between his statements and his decisions, especially when it comes to his foreign policy agenda in the region of the Middle East.

Discontinuity and unpredictability in Trump’s view could be the outcome of a lack of long-term strategy, leading the current administration to take actions mainly as a response of singular events instead of following a broader strategy. This makes complicated to predict which path Trump’s administration may undertake in the region and without any doubt one of the consequences of this unpredictability is the destabilisation of relationships on the international scenario. and engendering distrust. His unpredictability might raise questions about US commitment to allies, leading to engendering distrust towards the U.S. led international order.

As Max Boot wrote in Foreign Policy: “The world needs a significant degree of predictability from the leader of the free world so that allies and enemies alike know the certain red lined can’t crossed and certain commitments won’t be abandoned”. To this extent, inconsistency in Trump’s words and actions might bring consequences on the international stability, disrupting US ability in leading the international system. Nevertheless, considering the importance to be able to predict which path the world leading power might undertake, there are few points that might be highlighted in order to identify a broad approach and look onto which role the United States of America would play in shaping the current conflicts in the strategic Middle East.

According to many analyst, Trump’s slogan “America First” would have led Washington to an isolationist approach towards international crisis, but the first footsteps made by Trump’s administration seem to show something different. The decision to bomb Syrian air base after suspected chemical weapons attack, as well as the choice to drop “the mother of all bombs” on a tunnel used by ISIS militants in Afghanistan appear to be a display of military strength instead. To that extent, Trump administration affirmed also the intention to take a hard-line stance towards combating ISIS, even though Trump’s declaration appears and essentially seems to be quite inconsistent. He promised to unveil a secret plan to destroy ISIL within 30 days, while his Secretary of Defence James Mattis has declared that the goal is no longer to “defeat” the Islamic State, but rather an “annihilation campaign so we don't simply transplant this problem from one location to another." On the practical level, the strategy on the ground has not seen any huge shift comparing to the previous Presidency, but what it may change is the rhetoric as well as the long-term view of the American commitment in the region of the Middle East.

During his campaign, Trump criticised Obama’s foreign policy as ‘a total failure’, pledging to fix his ‘disastrous’ outcomes and recover U.S. collapsing reputation. It seems that for the current President, rebuilding US leadership means relying on military strength and embracing traditional Gulf States allies. Here it comes the main shift from Obama’s legacy and his agenda in the Middle East. Obama’s approach differed from the American long-standing strategy, both in terms of commitment in the ongoing conflicts and support to traditional US allies. Moving away from certain commitments with Saudi Arabia, along with his effort to rehabilitating Iran’s diplomatic role in the international scenario, Obama tried to disengage the U.S. from the region by attempting to restore a balance of power between regional actors.

On the contrary, Trump’s moves suggest that his plan might take another direction, which would include the main goals to stand aside his traditional Gulf States allies and renew America's role as security provider. In respect of this, Trump’s first trip in the Middle East marked some standpoints of a broader view about the approach of foreign policy that Washington might implement. He chose Saudi Arabia as his first visit to reassert Saudi strategic importance to the US and reset bilateral relationships after disillusionment towards Obama’s policy, implying a shift towards other Arab countries. As President Trump affirmed during his speech in Riyadh: “all nations of conscience must work together to isolate Iran, deny it funding for terrorism, and pray for the day when the Iranian people have the just and righteous government they deserve”. With these words, Trump called for a boosted alliance with Arab countries to defeat ISIS and fight terrorism, putting aside Iran as a support for militants. However, this might not be the right approach towards the ongoing crisis because as the Iranian President Hassan Rouhani said, stability cannot even be contemplated without involving Teheran, both in the international and regional coalition.

Hence, Trump’s call might exacerbate sectarian and political tensions in the region instead of building a strong support to handle regional crisis. Moreover, even their strong ties appear to be loosened, as what has arisen from the reset of Washington-Riyadh talks is not coordination of their agendas, at least for now. As Saudi Arabia may want to strengthen its role of dominant power in the region, it showed to be able to take some initiative according to regional dynamics without taking into account impacts on American interests, as the decision to cut political and economic ties with Qatar, where the most important American air base is.

According to Phil Gordon, Obama’s White House coordinator for the Middle East, North Africa and the Gulf Region, as far as it is possible to identify a coherent approach, the main pillars of the administration are risk reduction and accommodating, defining an approach that could please traditional allies as Saudi Arabia but not defying a decisive response to ongoing crisis. The change of American policy in the region has been welcomed also in Israel, where oppositions to Obama’s approach strained U.S. relations in the last years. The fact that Trump and Netanyahu enjoy a good relation could contribute to put pressure on Israeli government to make some step forward to the peace process, but for now Washington has not taken any resolute position towards the Israeli-Palestinian conflict. Not only this approach is not leading to any real progress towards a two-state solution, but with Trump’s appeasement and backing, it is more likely that Israel would reinforce its prevailing position instead.

As Rex Tillerson affirmed many times, U.S. priority is defeating ISIS but the suggested plan may not be sufficient to fulfil Trump’s pledge because it appears to be an intensification of the current strategy, without including a coherent plan for the Syrian conflict. These two challenges depict two sides of the same coins: it is impossible to defeat ISIS without facing Syrian conflict, as well as it is difficult to solve Syrian conflict without fighting the Islamic State and addressing the Kurdish-Turkish clash in Norther Syria. Since the early stages of the war on terror, this complex regional scenario showed already the limits of U.S. military power, not in term of effectiveness of action but in terms of political long-term outcomes.

In conclusion, the agenda has not been defined yet and it makes Trump’s actions unpredictable, leading allies not to consider anymore U.S. as a reliable partner as before. It is premature to talk about the consequences of Trump presidency on the US as world leading power, but if the White House does not show coherency and continuity in further actions in particular in the Middle East, Trump presidency may drive Washington to lose its influence in the international scenario and disrupt the roots of the US-led world order.

Maria Gioia Zurzolo holds a MA in International Relations and Diplomatic Affairs from the University of Bologna and currently is a Research Assistant Intern at the IIR.

Harriet A., Donald Trump and Barack Obama on the Arab world – how do they differ? The Telegraph, May 21, 2017.
Available here: http://www.telegraph.co.uk/news/2017/05/21/donald-trump-barack-obama-arab-world-do-differ/