Obstacles for Regionalization in Africa 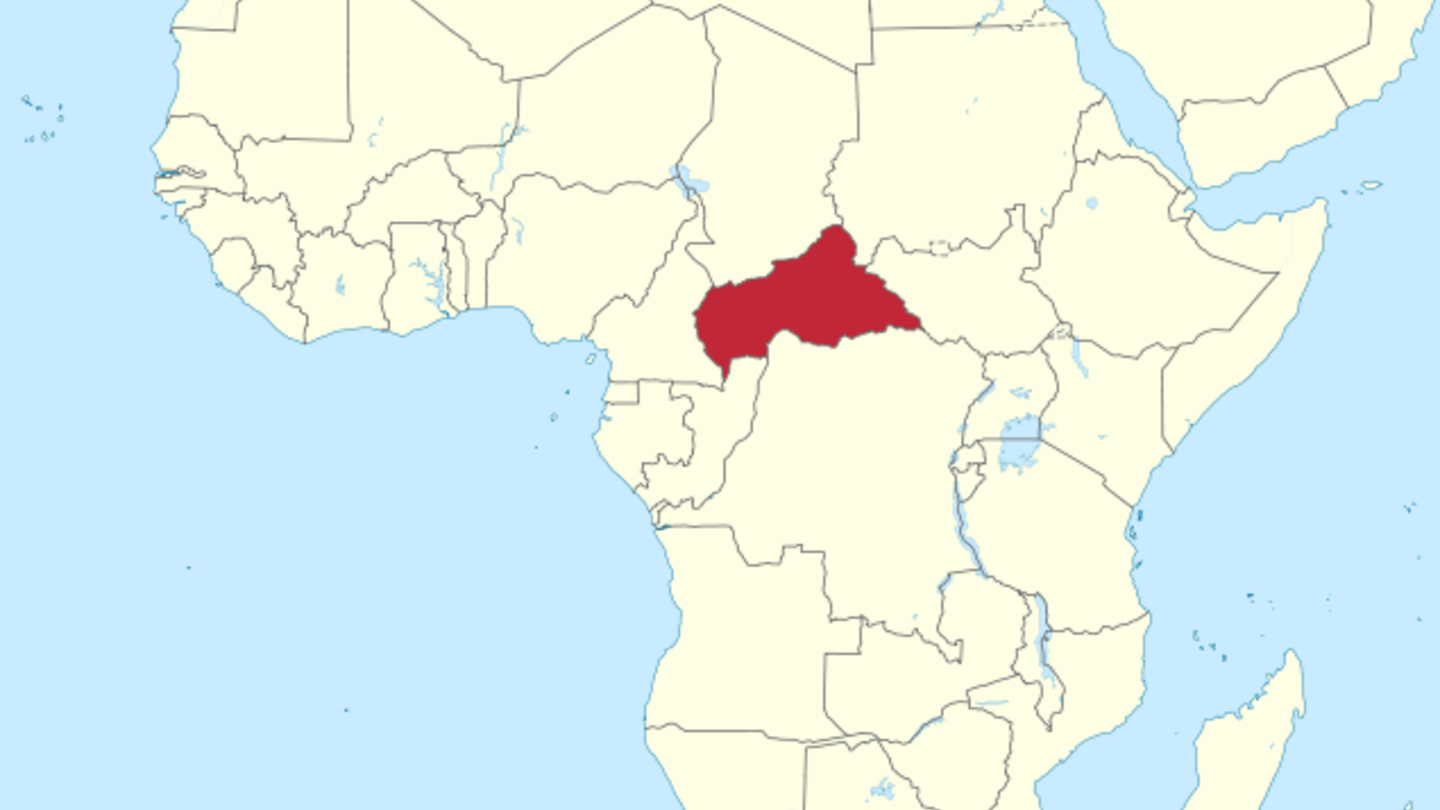 Since their independence, african countries have been struggling to establish democratic systems as well as attempting to unite the continent and to boost its regional integration as it was seen as an effective strategy to enhance and improve the political, social and economic conditions. Indeed, throughout the 20th century numerous regional organizations were launched  in order to achieve this objective; however these attempts failed miserably due to some obstacles as well as the fact that Africa is considered as a periphery in the world economy and also in terms of analyzing its situation with the core which is the EU.

Nevertheless, the aspiration of creating a united Africa was never abandoned; in fact there are different organizations that create opportunities that give rise to the hope of realizing the dream of unification. In this regard, the first part of this essay will high light the different challenges and strains that impede Africa from achieving regionalism. As for the second part, it will emphasize the different opportunities that open the doors for Africa to make its aim true.

African countries are characterized mainly by ethnic diversity. In fact, ethnicity has a tremendous influence and impact on one’s status in community. Thus, ethnic cleavage is the cause of the most hazardous conflicts in Africa. Indeed, these conflicts have been fostered by the presence of different ethnic communities; they are deep rooted and very complex which makes them very hard to solve or to manage. Therefore, ethnic fractionalization is seen as an impediment and barrier in the path of regional integration.

Most of African Countries experienced armed conflict before the independence, and in some countries conflicts challenging the peace and security in the region still exist. Despite the fact that post of these conflicts have been intrastate it affected to neighbourhood states as well.

One of the latest ethnic conflicts in Africa is the current religious conflict and the Nigerian Sharia conflict in Nigeria, Northern Cameroon, Niger, and Chad, which is caused by the extremist group Boko Haram which caused the death of 6,600 persons in 2014. (Chothia 2015) Also, one can mention the ongoing armed conflict in Southern Sudan between Army of Sudan (SAF) and Sudan People's Liberation Movement-North which is considered as the third civil war in Sudan after the second civil war that led to the division of Sudan in to north and south Sudan in 2011.

Moreover, the ongoing conflict now of Western Sahara and the kingdom of Morocco that have remained for 46 years until now is one of the manifestations of ethnic divisions as Western Sahara is trying to gain full independence from the kingdom of Morocco. In addition to that, the current civil war in Somali that has been going on for more than 23 years, the northern Mali conflict, Central African Republic Civil War, Kivu Conflict, ADF insurgency, Katanga insurgency in the Democratic Republic of Congo and the Insurgency in Maghreb, for instance, one can mention the latest terrorist attack that occurred in Tunisia that targeted soldiers which led to a temporary decision of closing borders between the two countries, after claiming that young Tunisians are being transported and training there in order to be terrorists. All of these ongoing conflicts convey the grave and dreadful issues of ethnicity and reflect the difficulty of regional integration.

Obviously, these conflicts have lasted for decades and managing them is of extreme difficulty. In fact, there were different attempts from African governments and some regional organizations such as the African Union (AU) to stabilize the situation and reduce the harshness of these wars. However, these attempts failed miserably in achieving that due to the severity of these conflicts. Therefore, one can deduce that ethnic cleavage is a main strain of regionalization as it hinders the intervention of regional organization and impact their social and political agenda.

Another instance of the outcome of ethnic conflicts that effected directly regionalization is the case of Zimbabwe that has not been able to pay its debts to its regional neighbours, as well as witnessing a decline in its exports and imports which influenced the neighbouring countries and had tremendous implications for both the SADC and the Common Market of Eastern and Western Africa.

Besides the current ethnic conflicts that are taking place in Africa right now, the past ethnic cleavage had also a huge negative impact on the regionalization process as well as being considered as a strain towards the unification of the continent. Some of these conflicts are; the Central Republic African war, Nigerian sectarian violence, Central African Republic civil war, Ivorian Civil War ,War in Darfur, French–Ivorian clashes, Central African Republic Bush War, Nigerian sectarian violence, Djiboutian–Eritrean and sadly the list is much longer than this. In fact, Africa’s most distinguished feature is the extensive and enormous number of ethnic fights.

In addition to that, the different ethno based policies adopted by different African leaders widened and aggravated the ethnic problems that the continent suffers from. Indeed, many African presidents implemented ethnic patronage which means giving privileges to specific tribes at the expense of the rest of tribes instead of working on homogenising their inhabitants which was mainly conveyed in the case of Kenya and Libya. This kind of patronage generally lead to political instability as well as impeding the democratization process which enforce ethnic fractionalization and carry out hatred between different ethnic groups. The instability of these countries usually affects their neighbours both economically and politically which revealed especially in the case of Tunisia and Libya. Thus, the outcome will be tension between countries and difficulty to establish successful regional organisations.

Furthermore, these conflicts lead to the deterioration of economy and impact the social life such as replacement, refugees, the spread of poverty, diseases and deaths and therefore lack of human capital and skills. Added to that, it causes the increase of ignorance and the decline of the educational system and huge damages to the infrastructure as well as the decline of governmental revenues drawing attention to the fact that Africa loses around of 80 billion dollars every year because of these conflicts. Hence, the ethnic inter-state conflicts have been hindering the process of regional cohesion and integration of the African countries as well as impeding the prosperity, development and progress of the continent.

After independence of most of African countries, African leaders envisaged regionalism as a viable and applicable strategy to pursue with big aspirations and yearnings to uniting the African continent economically and politically. However, their attempts to achieve their objective are not enough as long as their political and economic policies are dependent on the European Union and USA. In fact, European influence and presence still exists which reveals that there is a continuity of a different form of colonization. This new form of colonization is mainly political and economic regarding the fact that Africa is being ruled by the European Union. Actually, this interdependency draws attention to the theory of dependency which explains this relationship in terms of core and periphery. In this sense, Africa is considered as the periphery and the European Union as the core. The interference of the Western World in the economic and political scenes of Africa hinders the process of regionalization and cut off the corporation between the different African countries which impedes the trial to establish a unified continent.

After having liberation with the aim of political and economical stability African countries came together under one umbrella – Organization of African Unity. Although its achievements mostly was considered “talking shop”

AU (In 2002 OAU was changed to AU) ultimate goal is to stabilize political and economic situation within the region, promote peace. Its main tool has been the Peace and Security Council (PSC), that occasionally blamed for responding too slowly and not contributing financially enough into peacekeeping forces, which most of them have been financed by other international institutions. It has peacekeeping missions in the region, however one of the main challenges on this way is lack of funding (contributors of the budget is mostly non-African donors) and ill-equipped AU troops.

Besides this, there are few regional associations in Africa which is defined as Regional Economic Communities (RECs). Primarily RECs involve of trade blocs, under some circumstances political and military partnerships as well. In the continent main eight RECs identified, however due to overlapping memberships, this ‘spaghetti bowl’ creates some challenges for the member countries. For instance, as the primary purpose of those RECs is economic integration, defined tariff schedules by each unit create challenges within the overlapping memberships.

To sum up, Regional integration and cooperation can be realized only under political and economic stability which Africa lacks due to the ethnic fractionalization. Thus, there should be serious policies and interventions that control the intra conflicts. Moreover, there should be limits for western role and a focus on increasing African funds instead of donor funds. Hence, there should be real commitment to regional integration and elimination of the partition of the continent strategy in order to make it come true.