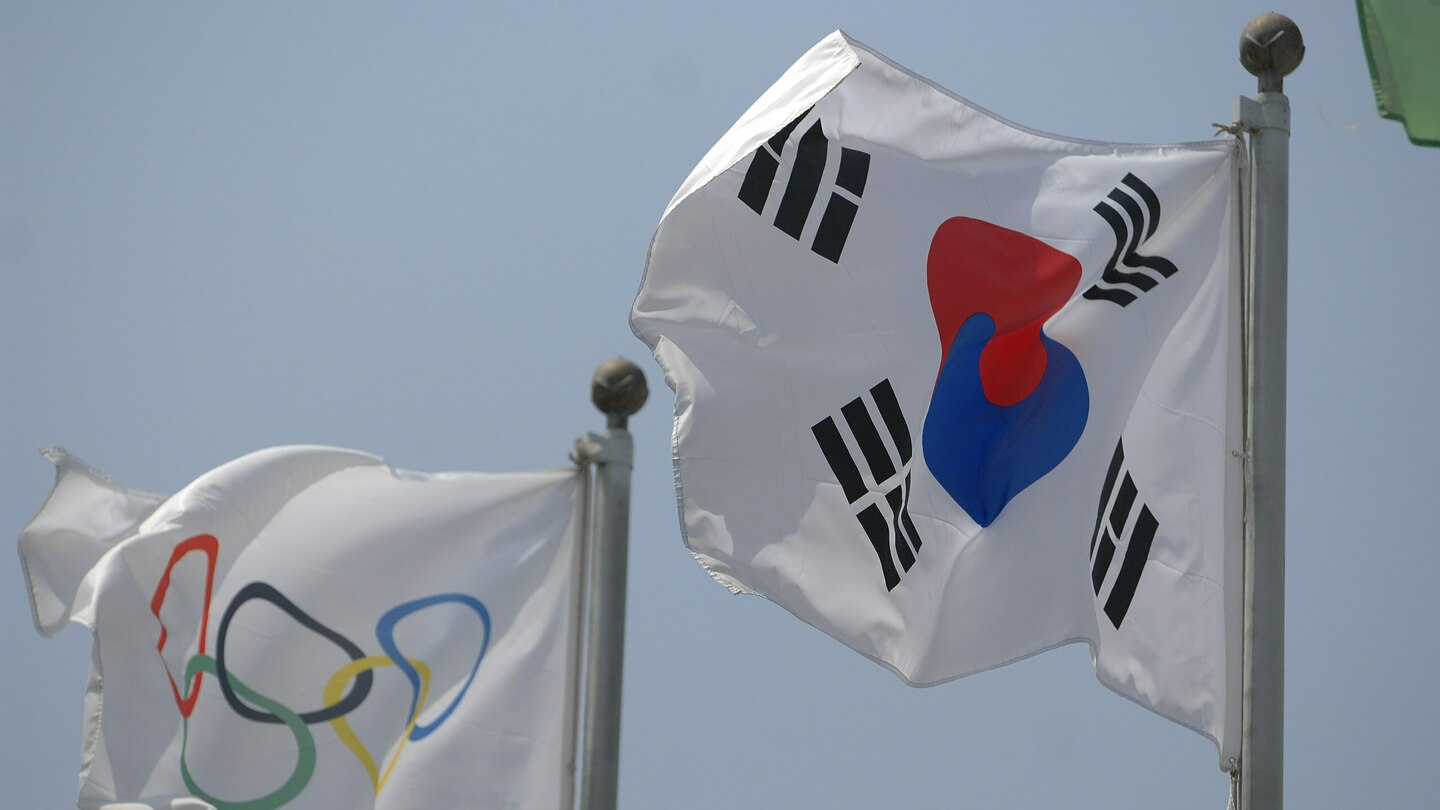 Whether one believes that the impulse was the series of ballistic missile tests or Donald Trump’s assumption of the US presidency with its reintroduction of the “axis of evil” doctrine, the reality is that the breaking news of the World media channels have recently revolved around yet another ‘nuclear crisis’ on the Korean Peninsula.

In the forerun to the Winter Olympics in South Korea, its Northern counterpart has sped up its nuclear advancements sparking a security anxiety within the international community. When put in a perspective which precedes the current situation, the narrative echoed in the major Western broadcasts appears to use a certain template devised for a periodically reoccurring Korean struggle; the headlines exclaim that “North Korea Escalated Rhetoric” (Huffington Post), the same way they reported that the Democratic People's Republic of Korea’s (DPRK) “rhetoric got more ominous” in 2002 (CNN), and its “war of words escalated” in 2013 (CNN).

This time, however, even the experts of East Asian foreign policy saw the crisis in a negative light, being distressed not so much because of the North Korean actions but from the new Washington politics that have made the traditional political forecast fairly difficult for the Western specialists. As the uncertainty over the future actions matched with militant theatrical performance on social media in the US and TV screens in the DPRK, the debate, though arguably more intense than an ordinary Korean crisis, was not so different from its usual questions about whether there will or will not be a nuclear war in East Asia.

Apart from the naturally apocalyptic terms, another common modus operandi when it comes to the coverage of a Korean crisis is the reduction of the actors involved in the issue into the US and the DPRK with occasional concentration on China’s position. What is habitually bypassed in the debate is the voice of the southern part of the peninsula, whose omission from the argument can lead to some conceptual surprises. While only two weeks ago, the analysts warned the World over violent disruption of the first South Korean Winter Olympic Games (Foreign Policy), this week has seen an opening in form of an agreement that North Korea will send its athletic team to compete in Pyeongchang, and in effect halt its military advancements throughout.

This seemingly small gesture was an interesting breakthrough as it brought the two Koreas to negotiate at the same table in Panmunjom; a sight not seen since 2015. Leaving aside that Kim Jong-Un could hardly resist the propagandist potential of the Games that would undoubtedly bring many victories (at least to the eye of a North Korean citizen), the small success in opening dialogue amid the hostile realpolitik exchanges between Pyongyang and Washington is a reminder that another persona besides the notorious American president entered the Korean game in 2017: the newly elected South Korean president Moon Jae-In. Though Moon asserts that him and Trump have a common goal in the dismantlement of North Korea’s nuclear program, the former human rights lawyer has not always been on the same page with his American counterpart regarding the prospective vision of dealing with the DPRK’s regime. Coming from a liberal Democratic Party of Korea that introduced the “Sunshine Policy” at the turn of the millennium, Moon has been in his presidential campaign vocal about redefining the hardline anti-DPRK strategy of his predecessor Park Geun-Hye.

Daughter of the former South Korean autocrat Park Chung-hee, Park represented conservative politics that have relied deeply on the military supervision of the US, prominently illustrated by the controversial acceptance of the Terminal High Altitude Area Defense (THAAD) system deployment on South Korean soil, and pushed for heavy sanctions, combatting the money flow from African countries such as Tanzania or Uganda to North Korea. Despite such logic being supported by the realist school of IR, the actual reality is that it has failed to stop the North from furthering its nuclear program.

Balancing the Fandom of Voters and Global Security

Whereas the current US administration actively lobbies for the preservation of these policies, Moon’s position is stuck between balancing Trump’s bold cries about “fire and fury” and the necessity to go back to his campaign’s objectives and push for magnifying South Korea’s say in the matters. The current pressure for diplomatic negotiation through a peaceful project represents supporting the latter, and Moon does it for a good reason. Nicknamed “the candlelight president”, Moon’s administration arose from the largest mass protests in the modern history of the Republic of Korea that have significantly contributed to the impeachment of the scandalous former president.

Though this fact gives him an unparalleled mandate within Korean politics, it is a position that can be easily reversed the moment Moon steps back from his campaign promises as demonstrated by his approach to the deployment of THAAD. He started by slowing down the process, calling for an assessment of its effects on the environment that would, though temporarily, halt the implementation. With the global pressure to respond to the ICBM tests, he deployed the THAAD regardless, for which he received criticism from his voters who felt betrayed by that move and once again took the streets, as well as economic retribution by the South’s biggest trading partner, China.

What appears to be the case, however, is that though official statements suggest Moon’s full support of Trump, the reality might be slightly different. After all, it is important to point out that Seoul regards Trump’s twitter-policymaking with a grain of salt in a similar fashion it has considered the statements of its neighbours over the past few decades. The fear of the escalation into an open nuclear war is engrained in the capital’s mentality to the point of normalisation, and whereas the American East Coast might be stocking up in preparation for a war, Koreans are likely to remain calm until a direct violent exchange takes place as it did in 2010 when North Korean torpedo sunk the ROKS Cheonan naval ship.

South Korea’s commander-in-chief therefore has to diplomatically oscillate between what is expected by the international community that is deeply concerned, and his “moon-ppa”* fandom of voters who chose him for his perceived progressiveness. Henceforth, Moon might be pushing for a slightly personalised agenda behind his internationally recorded statements; one that would combine his liberal electoral proclamations with the appeasement of Trump’s hawkishness.

Humanitarian Diplomacy of the Winter Olympic

A son of refugees from North Korea, Moon has voiced support for family reunions as a form of deepening peaceful relations on the humanitarian level. Given these grounds, it is hardly surprising that Moon uses the Olympic Games as an opportunity for a similar humane exchange; as he himself stated in the New Year’s press conference, his intention is to make this sports event “The Olympics of Peace”. It is finally important to note that Moon is no fool to believe that letting North Korean figure skaters compete in the South will make the dictator abandon his nuclear arsenal. After all, Moon did respond to the provocations in the previous months with “decapitation” missiles manoeuvres. Nevertheless, he also appears to realize that the problem of the talks with North Korea is that they scarcely happen outside the propagandist tantrums, and tests whether it is these forms of neutral commonalities rather than a build up of a military defence system that will make Pyongyang communicate. And so far, the two Koreas are talking.

Whether the Winter Olympics broke the diplomatic ice, or only temporarily froze it before another meltdown will be revealed in the upcoming months. Be it whichever scenario, the point is that the future developments will depend not only on Trump and Kim, but also on the epicentre that South Korea is, whose politics shall not be continuously brushed aside as a mere American playground with red buttons.

Markéta Bajgerová is an external associate at the Centre for EU-Asia Relations researching the politics of the Korean Peninsula.

The Taming of Rock Music in the Communist States: Politicisation of Western popular culture in East Europe and mainland China 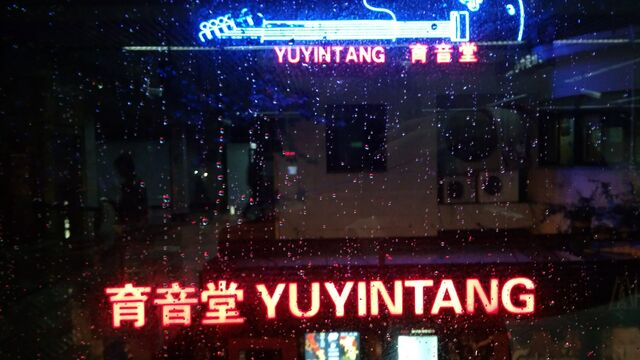 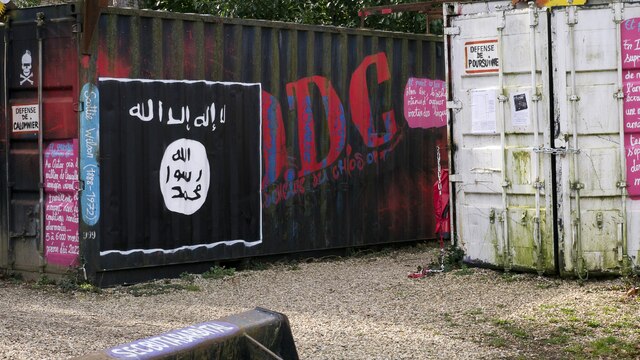 Crypto Parties and The Creation of Anonymity and Privacy 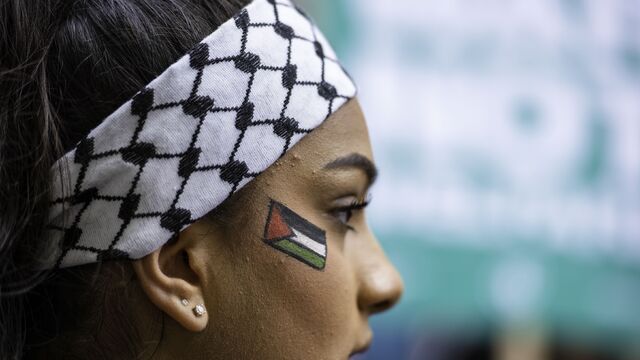 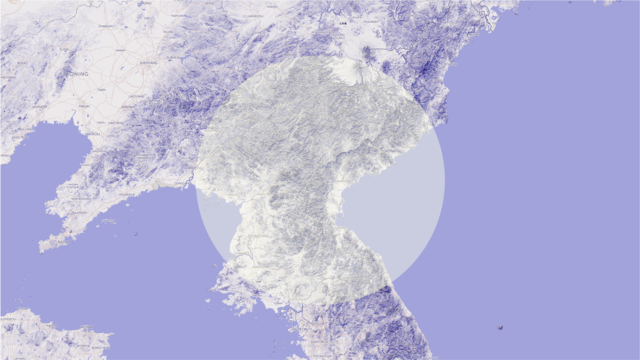