Azerbaijan and Czechia: History and Future of Relations 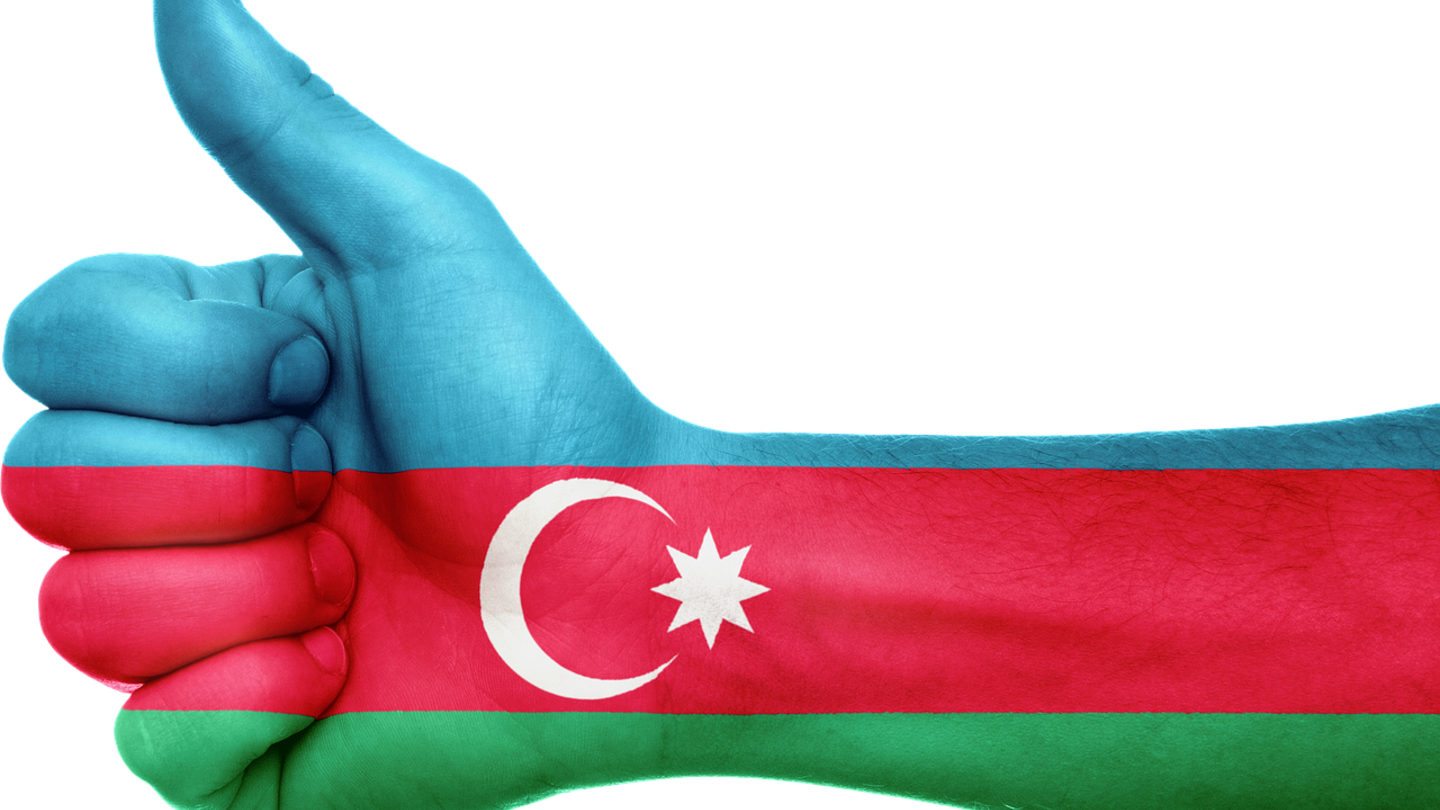 The multidisciplinary Azerbaijan-Czech Republic relations can be described as the process beginning with the formation of multi-fragmented contacts between representatives of the two nations, widening with contacts of the countries included in the same political and economic influence of the USSR and entering in a new stage of development as the relations of independent states in the late 90s of the 20th century.

The historical documents show that the first contacts between Azerbaijanis and Czechs have been established in 14th century. At that time, Franciscan monk Pordenon Odor, a traveller who travelled to China in 1316-1318, have been to in Tabriz as well. Traveller had described his visits to Tabriz and other regions of Azerbaijan in his book on his journey. At the beginning of the 16th century and early 17th century, the Safavid ruler Shah Abbas I and the Holy Roman Emperor (also the King of Bohemia) Rudolf II established diplomatic relations and the mutual visits of the ambassadors of the two countries took place.

At the beginning of the 20th century, both countries have declared their state independence after the long-lasting occupation. In 1918-1920, it was not possible to establish relations between the Azerbaijan Democratic Republic and the Czech Republic due to timing. However, the Embassy of the Czech Republic in Tbilisi, along with Georgia, was also responsible for relations with Azerbaijan. During that period, there was a Czech community in Baku with 70 members.

In 1920, the occupation of Azerbaijan by Bolshevik Russia and following the Czech Republic went under the control of the Soviet Union after World War II, the existence of the two countries in the same political and economic space created the conditions for development of the economic, scientific and cultural relations between them.

The incumbent President of the Czech Republic Milos Zeman paid an official visit in Azerbaijan on September 15, 2015. During the visit, the two countries held a meeting in private and in the expanded format and "Joint Declaration on strategic partnership between the Republic of Azerbaijan and the Czech Republic" was signed. The declaration also touched upon the issues related to bilateral relations, as well as the solution of Armenian-Azerbaijani Nagorno-Karabakh conflict in accordance with the UN Charter, relevant UN Security Council resolutions, the Helsinki Final Act, the principle of sovereignty, territorial integrity, inviolability of borders. During the press conference of the heads of states, President Ilham Aliyev said that there are broad opportunities to develop economic relations between the two countries. The President of Czech Republic Milos Zeman said that the Czech companies took an active part in the first stage of the Baku-Tbilisi-Kars railway with the hope that they will take an active part in large-scale infrastructure project in the future.

The crude oil and petroleum products constitutes an important part of the trade turnover between the two countries. Whereas, there are also an agricultural, food, light industry, chemical and construction products in the bilateral trade turnover.

Moreover, Czech Republic demonstrates a fair position towards Armenian-Azerbaijani Nagorno-Karabakh conflict in accordance with the principles of international law. Czech Republic's Foreign Ministry has made statements denouncing the elections held by the separatist regime in the so-called "Nagorno Karabakh Republic" (NKR) and calling for the resolution of the conflict based on the principles of international law. Czech Republic's MFA also made a strong statement on "constitutional referendum" held in the so-called "NKR"on 10 December 2006 and declared that Prague has not recognized the independence of Nagorno-Karabakh nor the referendum.

On 14 September 2015, the Ministry of Foreign Affairs of the Czech Republic has issued a statement on "municipality elections" in the occupied territories of Azerbaijan. The statement says that Czech Republic doesn't recognize the constitutional and legal framework of "municipality elections" held in the Nagorno-Karabakh region of Azerbaijan on 13 September and official Prague backs the peaceful settlement of Nagorno Karabakh conflict on the principles of international law.

The MFA of the Czech Republic also commented that Czech Republic does not recognize the constitutional and legal framework of "parliamentary elections" held in the Nagorno-Karabakh region on 4 May 2015. The statement says that Czech Republic does not consider that such unilateral acts may create a positive environment to enhance mutual trust and peaceful settlement of the Nagorno-Karabakh conflict, as follows "Czech Republic supports the peaceful settlement of the conflict in the framework of sovereignty, territorial integrity and inviolability of internationally recognized borders and under the principles of international law. Czech Republic fully supports the endeavours of OSCE Minsk Group and its co-chairs and encourages all parties to the conflict to continue the peace process".

The fair position of the Czech Republic on the occupied territories of Azerbaijan to a certain extent based on the fact that former faced a similar problem in the 1930s. Thus, in 1938, Czechoslovakia compromises its border regions under the consistent pressure and despite the compromises, the country was completely occupied by Nazi Germany in 1939. The above-mentioned fair position of official Prague on the conflict, rendered the Czech Republic as a reliable partner for Azerbaijan due to similar historical experience of former.

Czech Republic is interested in development of bilateral relations, particularly in the energy and economic areas. On the one hand, Czech Republic considers Azerbaijan as a reliable partner in energy security, on the other hand, the country is interested in mutual investments and the expansion of Czech businesses in Azerbaijan. Moreover, Czech Republic is also important for Azerbaijan due to former's affiliation to the Euro-Atlantic institutions (EU and NATO) and due to former's economic development model.

Finally, the cooperation with Visegrad 4 members and the EU is of great importance in terms of Azerbaijan's foreign policy priorities such as the restoration of territorial integrity and international support for the settlement of the Nagorno-Karabakh conflict, the export of Azerbaijan's energy resources to Europe. Having the historical experience of cooperation, Azerbaijan considers V4 countries as closer partners. While Azerbaijan is developing relations with the European Union, its attaches a preference to bilateral relations with EU member states. The development of relations with the European Union, which is Azerbaijan's main trade partner, the realization of transcontinental transport corridor projects and bringing the foreign investment in country during the post-oil period, the strengthening relations with the Visegrad 4 member states can play a positive role. In this stage, there is ongoing negotiation process between Baku and Brussels on signing the "Strategic Partnership Agreement". Successful completion of new agreement will give a new impetus for the development of relations between Azerbaijan and Visegrad 4's member states, including Czech Republic too.

Nurlan Aliyev is a Research Fellow in the Centre for Strategic Studies under the President of the Republic of Azerbaijan. His research area is primarily focused on political and social processes in Central and Eastern Europe countries, including strategic communication and asymmetric threats in East Europe.

Karabakh’s Twenty Years Crisis: The EU Should Do More 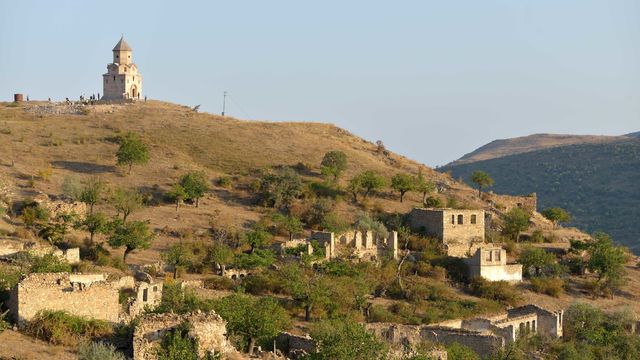