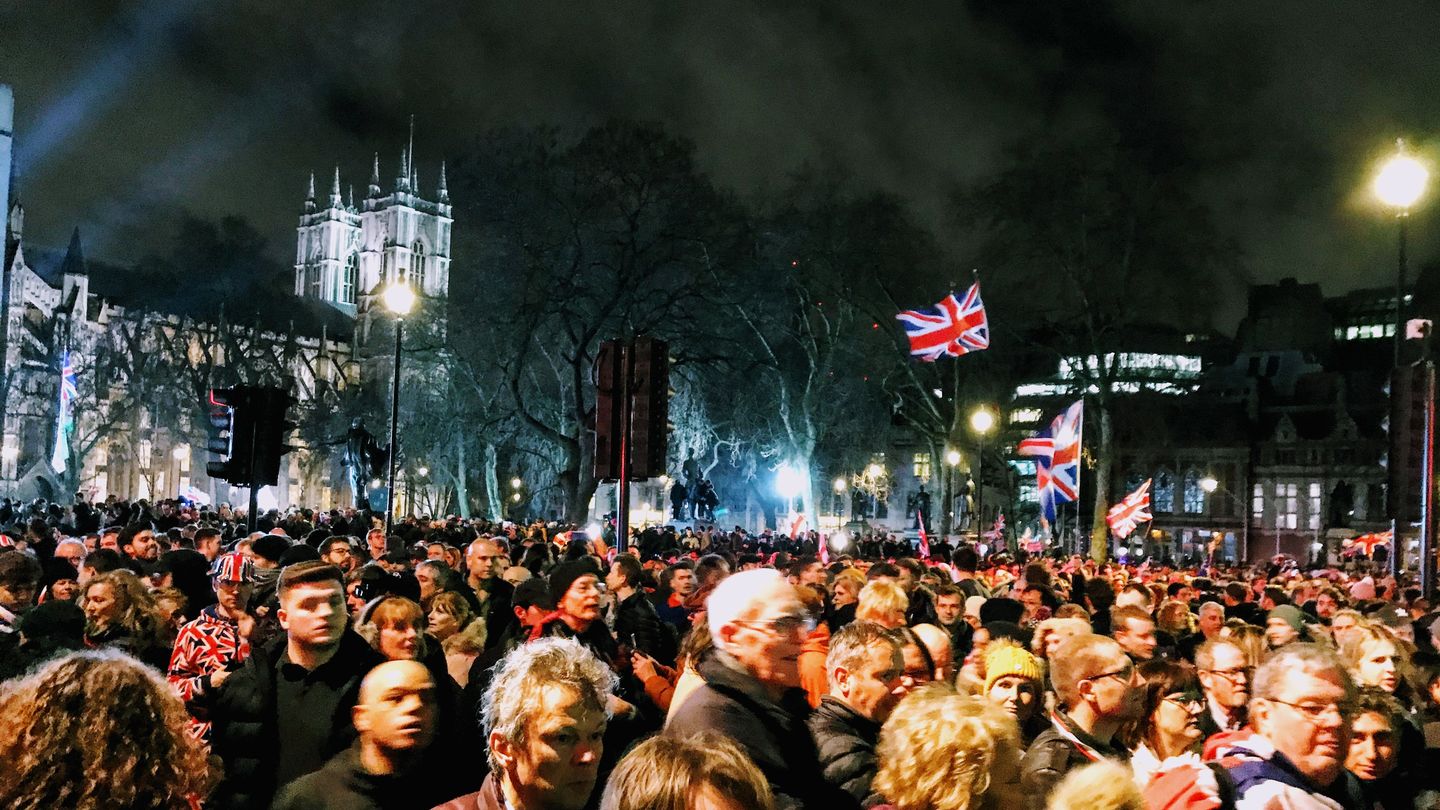 Governmentality, Immigration, and Brexit; or the Extraordinary Tale of a One-nation Tory Stitch-up Once upon a time a group of waning imperial powers decided, in the wake of the most egregious manifestation of imperial carnage on their home soil, to try and overcome their own internal squabbles by bundling their powers through the formation of a European association. Although this so-called European Union long flourished and steadily expanded in size, one member-state by the name of the United Kingdom, itself a reluctant latecomer to the club, had grown increasingly anxious of the union it had once voluntarily joined. The European Union, or so the British said, had over the years been unmasked as a German-led gargantuan monster that had slowly eaten away their cherished sovereignty. Even though most of the other nations disagreed with this reading of events, they had nonetheless generally been susceptible to these recurring episodes of British bluster. Yet despite having gradually granted them an array of concessions, ranging from a ‘rebate’ to a seemingly endless list of ‘opt-outs’, the British only grew more discontented. They hence decided to hold a referendum to settle the question of British membership to the Union once and for all. Upon hearing that it was ‘the will of the British people’ to become the first nation to leave their European Union, the remaining members could only muster one unified yet baffled response: how on earth did this happen?

A crucial part of the explanation, especially when we zoom in on the final steps on the road to Brexit, lies in the decisive influence of the modern-day brand of one-nation Toryism as a particularly orthodox strand of liberal governmentality. The ideal-type of liberal governmentality, first coined my Michael Foucault, neatly encapsulates what can be described as the three constituent elements that together highlight the ‘art of government’ shaping the contemporary Western liberal state. The object of liberal government is the population, since enabling its flourishing ultimately represents the raison d’etre of the liberal state itself. In addition, the doctrine of liberal governmentality also states that a sound and effective economy is pivotal to facilitating the prospering of the populace. And all the while this thriving economic populace can only truly succeed when its safety can be ensured through a properly functioning security apparatus.

The ‘problematique of immigration’

Immigration has long proved to be an especially thorny issue for one-nation Toryism, since the influx of outsiders poses a potential threat to all three dimensions of its particular genre of liberal governmentality. Seeing the population as the pivot of political life already redefines our understanding of immigration itself, as the initial political philosophical question of if, why, and how ‘the self’ has the moral right to exclude ‘the other’ from her political unit seamlessly morphs into the inalienable right to set the standards for the inclusion of others. And from this, it subsequently follows that immigration becomes an alarming threat when it purportedly impinges on ‘the rights of the people’. Not only is it alleged that the inflow of migrants endangers the economic prosperity of the population by ‘taking away our jobs’, the lingering perception of the immigrant as a criminal outsider also means that she imperils our sense of security. However, the immigrant’s most cardinal sin is her mere presence in society, since her potentially destabilising impact on the cultural and societal actuality of ‘the people’ in the shape of the other could even jeopardise our ‘self’. Simply put, invoking ‘the question of immigration’ in a liberal governmental world amounts to nothing other than playing with fire.

Yet further politicising ‘the problematique of immigration’ is exactly what the one-nation Tory-led government, spurred on by its own liberal governmental dogmas, did when it came to power in 2010. The first such monumental step was taken when, in the face of growing discontent over immigration, the government vowed to cut net migration from ’hundreds of thousands’ to ‘tens of thousands’ a year; and this commitment was soon accompanied by the implementation of the now-infamous ‘hostile environment policy’. The true significance of these political interventions lies not in their grotesque impracticality or moral depravity. It lies instead in the extent to which these policy initiatives vindicated and further reinforced the widespread belief that immigration to the UK had become ‘out of control’; with it being the righteous responsibility of the government to ‘bring it back under control’ as a dutiful honouring of its commitment to ensure the ‘safety’ and ‘continued prosperity’ of ‘the people of Britain’. This one-nation Tory government did hence not fight the anti-immigration sentiments that had long been taking hold of large swathes of the populace, nor did it simply let them fester. To the contrary, it carefully legitimised and adopted these convictions by not only ‘recognising’ that the United Kingdom had ‘a problem with immigration’, but by also wishing to fulfil its liberal governmental one-nation Tory obligation to regain control over it.

With the one-nation Tory government now hell-bent on reducing immigration, and with the EU’s steadfast adherence to the principle of freedom of movement preventing the UK from exercising this ‘control over its own borders’, consulting the population itself on whether the country should remain a member of this Union became a ‘logical’ one-nation Tory ‘solution’ to resolve this ‘problem’. Yet by engaging with the question of the UK’s membership to the EU on these terms the referendum itself had also become perfectly losable. Although the one-nation Tory leadership tried (and largely failed) to warn the populace of the irrevocable economic damage a Brexit would inflict on the flourishing of the people, it had long deprived itself of the political means to undermine the other drivers of the referendum vote. Not only could the one-nation Tory government not dispel the contention that immigration posed an economic, security and societal threat to ‘the people of Britain’, it was also unable to delegitimise the more fundamental and insidious question that its engagement with ‘the problematique of immigration’ had prompted: if matters such as immigration could be extremely detrimental to the ‘rights and interests’ of the British people, why shouldn’t a government elected by those same people have ‘sovereign control’ over them? Truly undermining the premises of that question would have required the one-nation tory leadership to completely reverse those policy decisions that lied at the heart of its ‘vision for Britain’. And doing so would simultaneously have led to an even greater impossibility: the rejection of the fanaticised liberal governmental credos that had by now become deeply ingrained in one-nation Toryism and therefore, by extension, the renunciation of the liberal governmental premises of one-nation Tory ideology itself.

Accordingly, the wider significance of this rather extraordinary tale lies not in the eventual outcome of the referendum; nor does it lie in the subsequent irresolvability of the conundrum, felt across the whole spectrum of British liberal governmental politics, of having to ‘implement the will of the British people’ while doing so will be detrimental to the continued economic prosperity, safety, and overall wellbeing of those same people. The true lesson that has come to the fore in Britain is even more contradictory: the stronger a political party’s liberal governmental beliefs, the more inclined it will be to further politicise ‘the question of immigration’, and the more disposed such a party is towards making political choices that ultimately subvert exactly those inviolable principles, rights, and interests that the party’s liberal governmental doctrine is meant to protect. And with both a zealous adherence to liberal governmental tenets as well as fervid anti-immigration sentiments currently thriving in Europe as a whole, the arrival of a multifaceted continent-wide torrent of such-like self-inflicted turmoil may well prove to be inescapable.