The Western Balkans and the path to the EU integration 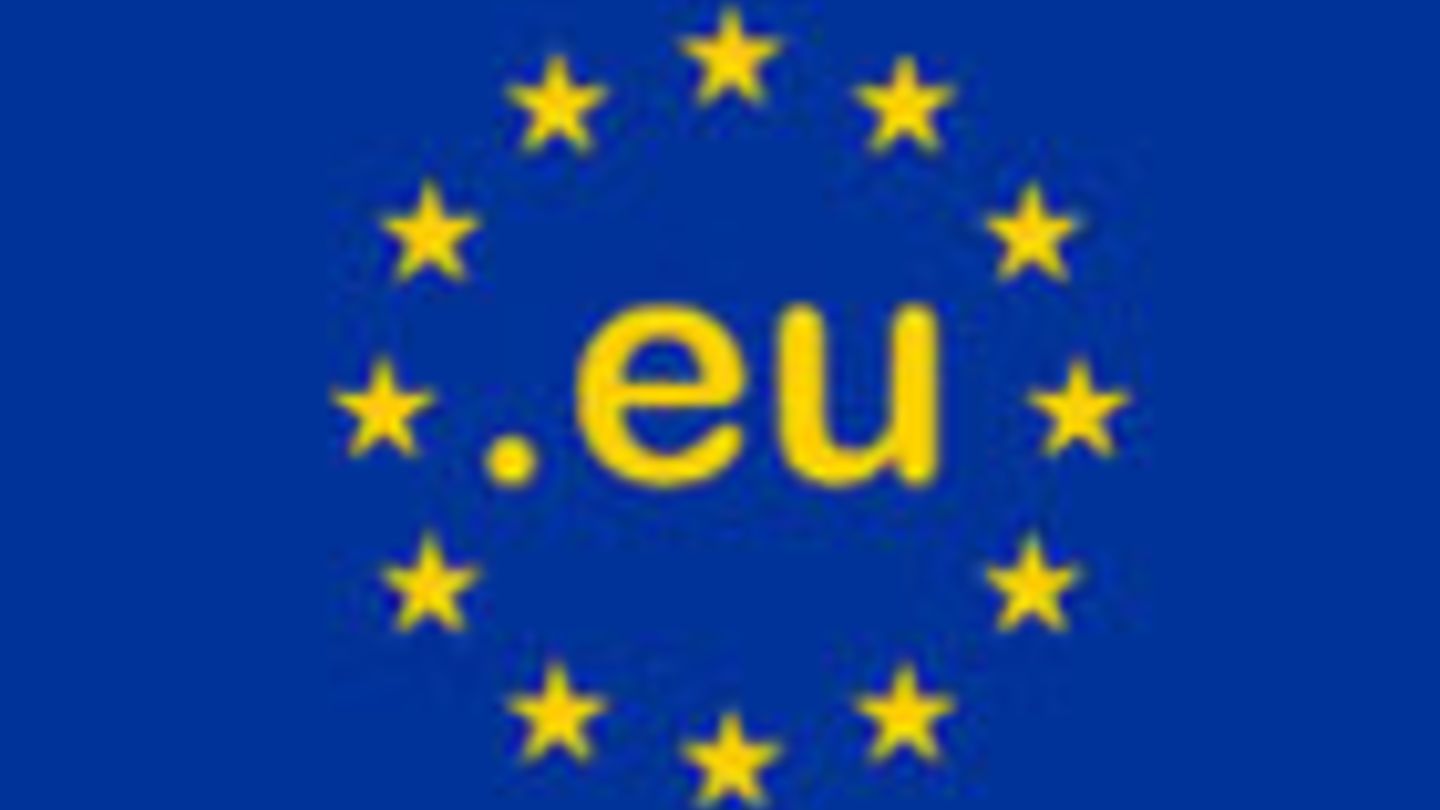 What does the future hold for the Western Balkans? As those who follow closely the EU enlargement process know, the region is still troubled by deep socioeconomic issues, and there is still some way to go before access is granted. However, the picture is not as bleak as it would seem, and the potential that integration holds could be the key for these countries’ economic and social recovery.

For the Western Balkan countries, proximity with the EU has been throughout the years both a blessing and a curse. After the wars that devastated the region during the 1990s, the countries that now constitute the Western Balkan six (Albania, Bosnia and Herzegovina, Kosovo, Macedonia, Montenegro, Serbia) started slowly recovering, and the package of reforms needed to turn them into market economies provided relatively high growth rates, inflow of Foreign Direct Investments (FDIs), expansion of trade, and decline in inflation for the first decade of the new millennium. As the main trading partner of the region, the EU stimulated banking, trading and financial integration, effectively linking its economy to that of the Western Balkans. A strong role in this process was played by the Austrian, Italian, and Greek financial houses. The downside to such interaction became evident when the global economic crisis hit the continent in 2008. The openness of the region to the European market rendered it vulnerable to external shock, effectively leading it into recession and stalling the growth of its GDP since then.

The financial crisis and the subsequent recession of the Western Balkans’ economies showed underlying structural problems in the region, which, despite notable progress in some fields, continue to burden the area today, hindering the possibilities of faster integration with the EU. The most commonly shared issues within the Western Balkans are weak rule of law, corruption, lack of independent judiciary and institutional transparency, and inefficient public administration. According to a report published by the General Secretariat of Council of the EU in 2016, among all of the Western Balkan Six, Bosnia and Herzegovina fares worst in this respect, with internal coordination problems, overlapping competencies in the public sector, and the absence of a common, coherent economic space.

From an economic and financial point of view, the most crucial issues in the region are currently high external debt; budget deficit; informal, consumption-driven economy with a weak private sector; high level of non-profitable loans (NPLs); limited access to finance; unfriendly business environment; low level of FDI; and lack of innovation and investment in human capital. While the EU Council highlighted in its report slow but steady progress in some of these areas, still major socioeconomic issues remain.

The most pressing of all, according to experts and public opinion, is the extremely high rate of unemployment, whose peak can be seen in Bosnia and Herzegovina’s 40 %. The weakness of the labour market is also defined by the low employment rate of women, persons with disabilities, older people and, most of all, young people, with youth unemployment rates reaching frightening heights.

Although some steps have been taken in this respect--the adoption of Action Plans on Youth Employment in both Macedonia and Montenegro being an example, only minor progress has been made in terms of job creation. This has led many young people to look for better job opportunities abroad, fostering the so-called ‘brain-drain’ phenomenon. What followed was the creation of a vicious cycle, where high remittance inflows from migrants rose reservation wages in certain sectors, hindering competitiveness and thus contributing to a long-term unemployment trend. On the other hand, those that opted against migrating had to face the consequences of low employment rates: poverty, risk of social marginalization, and overall bleak future prospects.

A Hotbed For ISIS Recruitment

The wide-spread sense of dissatisfaction, and often practiced social exclusion, have also brought some unwelcomed social and security consequences. According to a 2016 Regional Cooperation Council (RCC) report, both dissatisfaction with the slow pace of reforms and the perception of limited social, economic and political prospects have heightened the risk of radicalization in the area, turning the Western Balkans into a recruitment hotbed for global terrorist threat ISIS. From 2012 onward, between 200 and 600 people, most of them around their 30s, have left their homes in the Balkans and travelled to Syria to join the ISIS cause, officially marking this as a top security issue for the governments of the region.

Arguably, the difficult socioeconomic situation combined with the presence of local uncontrolled religious networks preaching conservative, extremist ideology, has made it possible for ISIS’ re-presentation of Islam and romanticized portrayal of conflict to be seen as an appealing alternative life-style. Since 2012, when the terrorist threat was first assessed as such in the Western Balkans, each of the so-called Balkan six has put considerable effort in strengthening its security measures and counter-terrorism strategies, with notable results as the numbers of recruits dropped sharply in 2015. Although some argue that the drop is due more to a lack of demand on ISIS’ side rather than to the counter-terrorism policies implemented. However, said strategies still have great margin for improvement, and further regional cooperation is strongly recommended, in this area as well as others.

The Future of The Western Balkans

The issue of radicalization and recruitment of foreign fighters has contributed to drawing attention to the underlying socioeconomic issues that are still present in the Western Balkans. Nevertheless, the situation is not as stagnant as it would seem. In recent years, while only minor improvements were seen in terms of job creation and trade expansion, there was moderate progress in productivity and governance, along with notable progress in the level of FDI for most of the Western Balkan six. The promising trend of macro-economic recovery was also confirmed by the Secretariat of Council’s report for 2015, which noticed a gradual upturn of the economy and foreseeable future growth for the majority of the countries in the region, with Montenegro ranking the highest in terms of convergence with the EU and integration prospects, and Bosnia and Herzegovina and Kosovo the lowest. The future of these countries, then, might not be as bleak as some are making it look. In fact, the focus put on the internal structural, socioeconomic and security issues of the Western Balkans has oftentimes prevented many from seeing the full potential of the region. Its strategic geographic position, specific cultural mix, low inflation, and low tax burden all contribute to making it a potentially attractive area for investment and living in general. It is imperative, then, that these countries continue on their path to European integration, pushing forward as planned the already initiated reform processes.

To conclude, it is undeniable that the initial openness to the EU market added a layer of economic, financial, and social vulnerability to the region of the Western Balkans. However, it is only through further integration that these vulnerabilities can be effectively addressed, and ultimately conquered. Yet, becoming part of the EU is not the recipe to an instantaneous fix of all of the region’s problems, and this needs to be very clear. Rather, it is the path to integration itself that can provide a viable opportunity to create a platform where the most pressing problems of the Western Balkans and the EU can be both addressed in a framework of cooperation and unity.

Federica Genna is Research Assistant at the IIR.

General Secretariat of Council of the EU (2016), ‘Joint Conclusions Of The Economic And Financial Dialogue Between The EU And The Western Balkans And Turkey’, Brussels.

Sanfey, Peter and Milatovic, Jakov and Kresic, Ana (2016), ‘How The Western Balkans Can Catch Up’, European Bank for Reconstruction and Development, London.

The Soufan Group (2015), ‘Foreign Figthers: An Updated Assessment of the Flow of Foreign Fighters into Syria and Iraq’, accessed online on 29 November 2016: http://soufangroup.com/wp-content/uploads/2015/12/TSG_ForeignFightersUpdate3.pdf.

Islamist Radicalism in the Balkans: From Immigrant Arab Fighter to Emigrant Combatant in Arabia 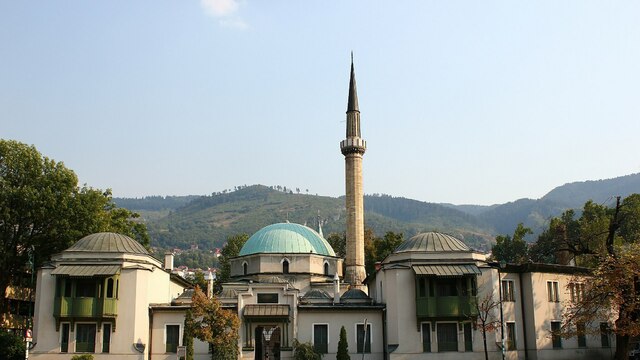