Venezuela: a simple story of blood and greed 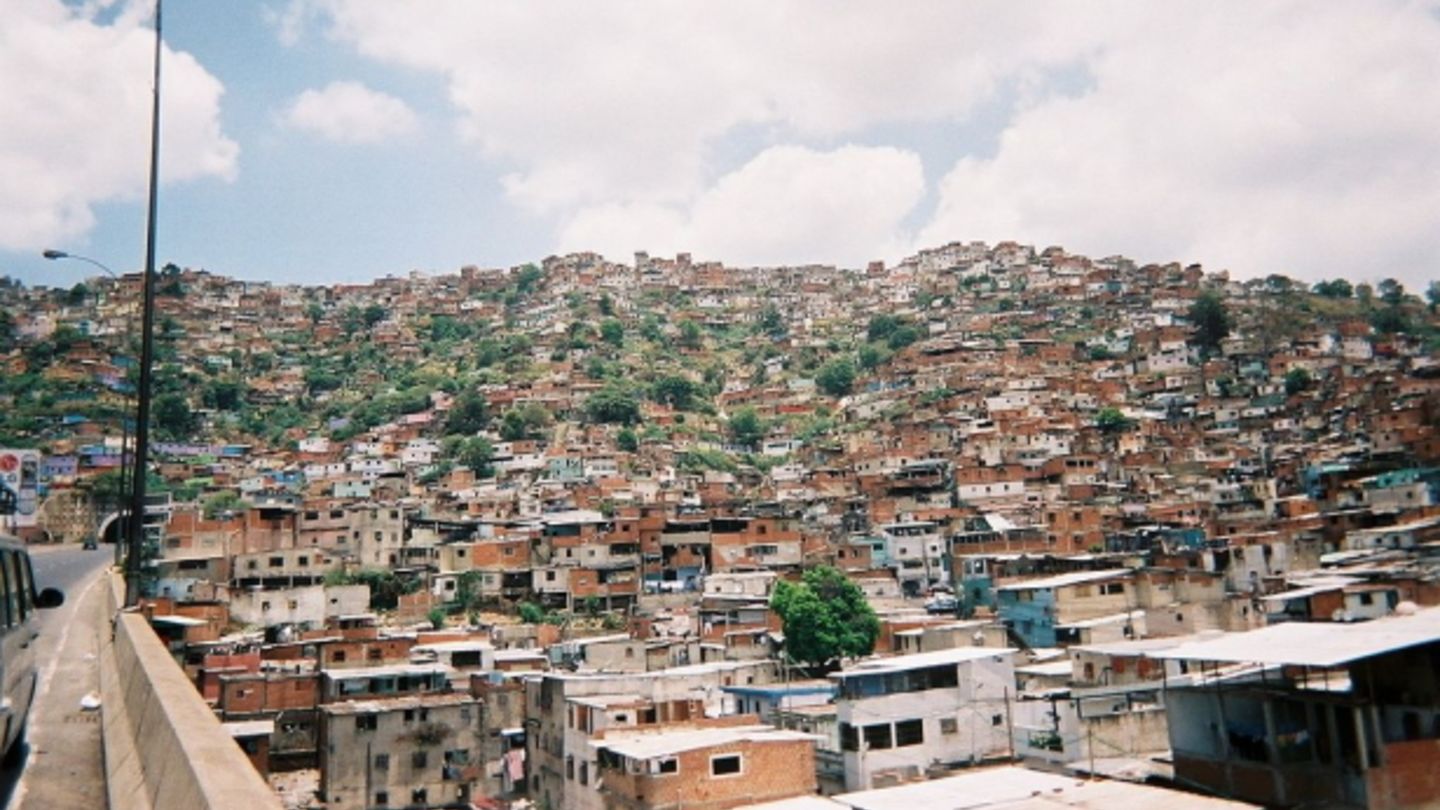 Venezuela, the country with the biggest oil reserves in the world, saw its economy collapse as oil prices plummeted. This economic crisis has serious humanitarian consequences. Because of these two crises, the citizens are miserable and mad.

Oil represents 95 % of its exports and 25 % of its GDP, so, when barrel prices dropped from 100$ to 25$ between 2014 and 2016, the country was quickly short of money. The country had considerably less money to import goods and pay its foreign debt: its foreign reserves alarmingly decreased from $44B in 2007 to $10B in 2017, which represents a 77 % decrease. Faced with the dilemma between paying its debts or importing goods for its citizens, so far, President Maduro has chosen the former. Moreover, the state’s economic quagmire has concrete consequences for its citizens. 2016’s inflation rate hit 800 % and there is a drastic shortage of goods such as basic food and vital medication.

This economic crisis has serious humanitarian consequences. The percentage of Venezuelans eating two or fewer meals a day jumped from 11 % in 2015 to 32 % in 2016. The food shortage disproportionately affects low and middle-income families who can only afford buying products subject to government price control—such as rice, corn, and pasta—since these are the products that run out fastest. Other goods difficult to purchase include toilet paper, toothpaste, and diapers. The shortages of these basic sanitary products represent a growing health crisis as general hygiene deteriorates. The subsequent spread of diseases aggravates the already existing health crisis as hospitals and pharmacies lack vital medication to treat patients. The people of Venezuela are becoming poorer, hungrier, and sicker.

Because of these two crises, the citizens are miserable and mad. And what happens when people in a democracy are mad? First, they vote for the opposition. This is what happened in the 2015 legislative elections when the opposition parties secured an absolute majority. The opposition-led assembly then wanted to organize a referendum to oust President Maduro who has been ruling the country since Chavez’s death in 2013. Maduro, seeing his power dwindle away, quickly responded. The Supreme Court, filled with government loyalists, stripped the assembly of its powers and transferred them to the Court. The justification for this move was that several opposition members of the assembly were suspected of having been elected illegally.

The citizens of Venezuela were not fooled by this blatant violation of separation of powers. And what is the next thing that citizens do when they are not only miserable and mad but also distrustful of their government? They take to the streets. Immediately after this Supreme Court decision protesters filled the streets of Venezuela. In the face of this popular anger, the Court reversed its decision three days later. But the evil was done and the people not only opposed Maduro’s presidency but now also knew he was ready to violate democratic principles to secure his power. After several months and more than 120 dead protesters, the people are still in the streets to this day. Despite all the blood, they are not ready to give up.

Fuelled by hunger and misery, they strongly believe that the only way for things to get better is to get rid of Maduro. Maduro, on the other hand, claimed that a new constitution is necessary to secure peace, avoid additional civil conflict, and eventually extricate the country from the crises. Because the opposition thinks Maduro’s call for a constituent assembly as an excuse to increase his power, they boycotted the election that took place on the 30th of July 2017 and resulted in the election of a fully pro-Maduro assembly. 10 people were killed in protests the same day.

The National Electoral Council claimed that 8M citizens voted for the assembly but the opposition and international organizations highly doubt the veracity of the numbers, placing the actual voter turnout closer to 3 million. This new number would represent less than half of the Venezuelans who voted in the non-binding referendum to show their opposition to President Maduro. It was held two weeks before the constituent assembly vote: more than 7 million citizens showed up and 98% voted against Maduro.

Why does Maduro claim that increasing his power is the key to stability? It is his rule and already excessive use of power that have caused instability and violence. Maduro is lying and the truth is simple: he is a greedy and power-hungry man who prioritizes his own interests over the good of the citizens and the country. He is ready to do all it takes, including sacrifice the blood of his citizens, to stay in power.

The demands of the opposition are quite clear: the release of more than a hundred political prisoners and the organization of an anticipated presidential election. There is close to no chance Maduro would accept the latter since he knows he will lose. The fact that violence will stop and the crisis may end with a change of government cannot convince Maduro since he cares more about his position of power than the good of the citizens. The recent arrest of political opponents, including one mayor of Caracas for his refusal to ask protesters to remove barricades, clearly indicates that Maduro has chosen to tighten his grip on power and further deteriorate political rights and the rule of law.

Maduro’s most probable intent in rewriting the constitution is to legally strengthen his powers, jail his political opponents, and silence protesters. Then the country may be stable, as he promised since police repression will confine protesters in their homes. The people will still suffer, but their voices will no longer be heard. This is how Venezuela becomes a dictatorship.

International actors, including the European Union and many Latin-American countries, have condemned Maduro’s actions and refused to recognize the legitimacy of the constituent assembly. So far, only the U.S.A has imposed sanctions by freezing Maduro’s and other high-ranking officials’ assets. Most experts agree that such unilateral sanctions will not have any significant impact. Unfortunately, broader multilateral sanctions will help either. Putting more pressure on Maduro will not change his selfish character and tyrannical ambitions. Instead, Maduro will point towards these multilateral sanctions as proof of American and international imperialism and simply increase his power.

He has already done this in response to President Trump’s recent threat claiming he would be ready to use force to fix the Venezuelan crisis. On Monday the 14th of August, Maduro gave a speech calling for two days of national military exercises next to a sign that read “Trump, get out of Latin-America.” This is proof that sanctions and military threats will not resolve the crisis. The White House also explained that Trump had refused to have a call with Maduro.

Despite Trump’s tactless suggestions and apparent refusal to dialogue with Maduro, Mike Pence’s current trip to various Latin-American countries suggests the USA may actually be on the right path. This path would consist in forming a large international diplomatic bloc to prevent Venezuela access to the international community to force it to enter dialogue. A successful solution can only be diplomatic.

Needless to say, future prospects are grim. The ideal scenario would be for Maduro to truly engage in dialogue with the opposition, agree to hold elections in the near future and release political prisoners. In return, the opposition and international courts would promise not to legally endanger Maduro and his loyalists for corruption and human right violations. Though this may seem unjust in light of Maduro’s immoral behavior, it is a sacrifice worth taking to secure democracy, and avoid more human rights violations and blood in the streets of Venezuela. Unfortunately, this is an unlikely outcome in view of Maduro’s character and his disrespect for democracy.

The likelier scenario is for Maduro to continue on his un-democratic course: increasing his power, repressing the people, and imprisoning political opponents. This situation will become more explosive and culminate either in a full-fledged Maduro dictatorship or a successful coup. In both cases, more blood is to come.

David Steiner was an intern at IIR.