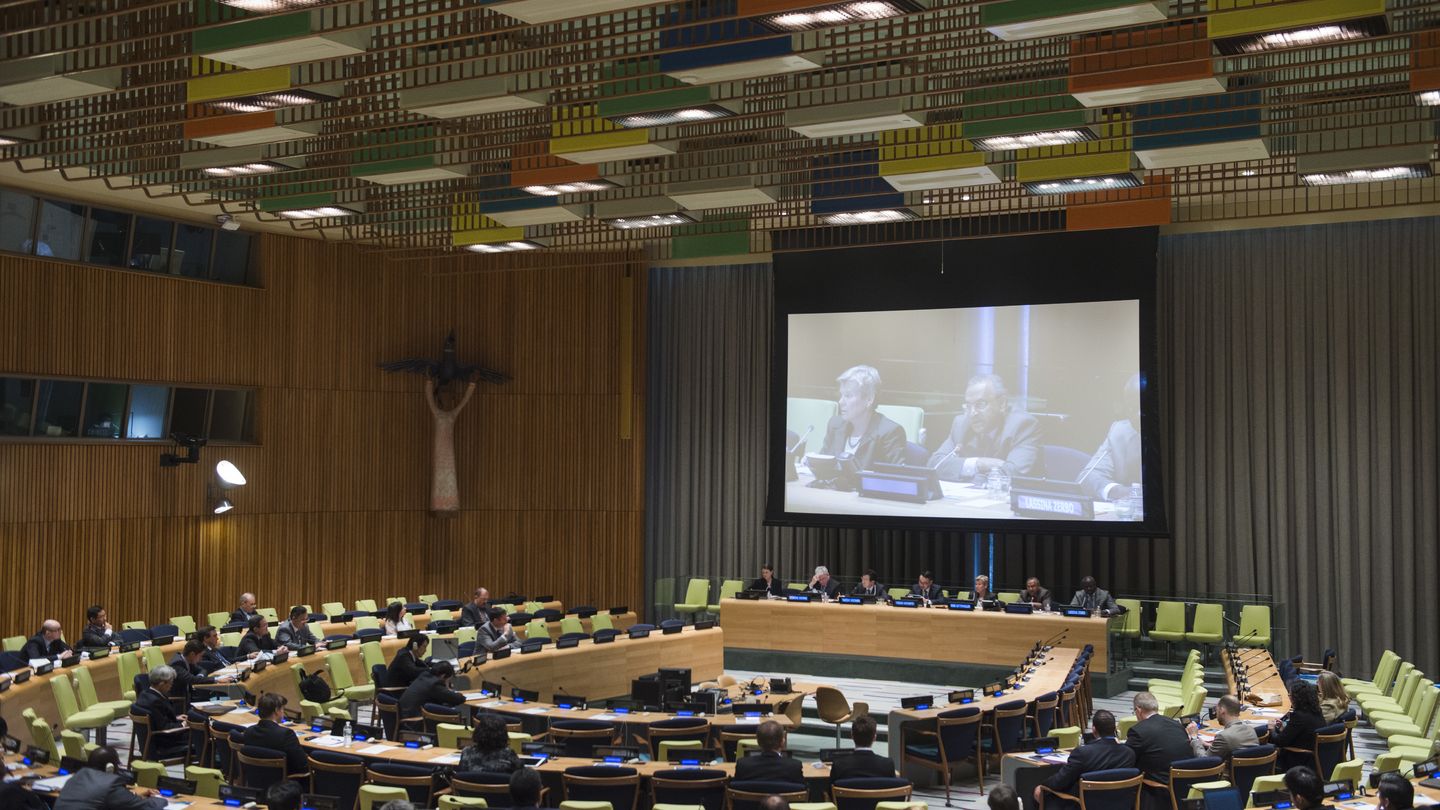 Miroslav Tůma discusses in his new policy paper the importance of the political declaration issued in connection with the 10th Review Conference of the Treaty on the Nonproliferation of Nuclear Weapons (NPT).

The 10th Review Conference of the Treaty on the Nonproliferation of Nuclear Weapons (NPT) (the jubilee of this conference series) will be held at the UN Headquarters in New York from 27th April until the 22nd May, 2020. The importance of its being held has been underlined by not just the escalation of the security situation due to the continued dismantlement of the US-Russia arms-control system and the growing threat of the nuclear arms-race, but also the 50th anniversary of the entry into force of the important NPT Treaty as well.

On this occasion fifteen ministers of foreign affairs of the NPT’s non-nuclear weapon states, united in The Stockholm Initiative on Nuclear Disarmament, have published the Political Declaration with an Annex in February 2020. The annexed document, above all, appeals to all of the NPT’s participating states to negotiate and accept some measures recommended in the Annex to advance the nuclear disarmament process. The Annex’s list of recommended measures, the so-called stepping stones, is not exhaustive one, as stressed by the authors. However, according to the ministers their implementation could contribute to the deflection of the current dangerous development in the security situation and to the step-by-step implementation of the generally approved vision of the creation of a world without nuclear weapons.

The Political Declaration’s appeal, in relation to the necessity to implement all past commitments of previous Review Conferences which remain valid, has been directly focused on five so-called declared nuclear-weapon states (France, Great Britain, the PRC, the RF and the US) and their lacks in the area of nuclear disarmament commitments. One of the main reason for the different position of the majority of the NPT’s non-nuclear weapon states to the solving of nuclear disarmament matters has been the continuation of the modernization of nuclear warheads and their means of delivery, which the nuclear-weapon states has been justified by pointing to the necessity of nuclear deterrence.

The signing process of The Treaty on the Nonproliferation of Nuclear Weapons (NPT) started in 1968, and the NPT entered into force in 1970. The Treaty divides participating states into two groups according to whether they possess nuclear weapons. The first group, composed of the majority of the non-nuclear-weapon states, has been legally commited to never develop or possess nuclear weapons. The second group consists of the so-called the declared nuclear-weapon states, i.e. the permanent members of the UN Security Council (France, Great Britain, the PRC, the RF and the US), which are legally authorized to possess nuclear weapons because they carried out their nuclear tests before the 1st of January, 1967. The Treaty, with its near-universal membership, has about 190 states-parties. Of the nine nuclear-weapon states in the world, only India, Pakistan, Israel and the DPRK are not among its members.

The structure of the NPT, which is often called the cornerstone of the nuclear nonproliferation regime, is based on the mutual uniting of its three pillars – the nonproliferation of nuclear weapons, the peaceful use of nuclear energy and nuclear disarmament. Besides a partial mention of them in the preamble, the NPTʼs nuclear disarmament provisions can be found in Article VI only. However, a result of its vague wording is that there is an absence of a time schedule for the nuclear weapons elimination and also concrete commitments of the nuclear-weapon states for achieving the mentioned goal. The rest of Treatyʼs articles deal especially with the non-proliferation of nuclear weapons and partially with the peaceful use of nuclear energy, including the tasks of the International Atomic Energy Agency (IAEA) and its safeguards system. The Treaty essentialy contributed to the successful negotiation of the Comprehensive Nuclear-Test-Ban- Treaty (CTBT) in 1996, but the CTBT so far has not entered into force. The NPT plays a significant role in the creation of nuclear-weapons-free zones as well.

The NPTʼs Review Conferences are held in five years intervals and if a consensus is reached the conference adopt the final report which defines the tasks of the participating states for the next period. The five above mentioned declared nuclear-weapon states fail to fulfil the majority of their disarmament commitments – not only those mentioned in the Treatyʼs wording (Article VI) but also these emerging from the consensually adopted final reports of the Review Conferences, especially those from the 2000 and 2010 conferences.

The collapse of the last (the 9th) Review Conference of the NPT in 2015 was caused by the failure to reach a consensus regarding the final reportʼs wording. Namely the US, Canada and Great Britain rejected the wording of the provision dealing with the planned summoning of the conference for the establishment of a Middle East zone free of nuclear weapons and other weapons of mass destruction.

THE POLITICAL DECLARATION AND ITS ANNEX

The Political Declaration with its Annex, titled Advancing Nuclear Disarmament, Securing Our Future, was accepted by the ministers of foreign affairs of fifteen states who were brought together in the prestige the Stockholm Initiative on Nuclear Disarmament, in Berlin on 25th February, 2020. The composition of this group – representing fifteen non-nuclear-weapon states that are parties to the NPT – desire to secure a balanced representation of various parts of the world. The group was made up of some Alliance and EU countries (Canada, Germany, Finland, the Netherlands, Spain, Sweden and Norway), neutral states (Switzerland and the mentioned Sweden), participating states of nuclear-weapons-free-zones (Argentina, Kazakhstan and New Zealand) and Indonesia, Jordan, Japan and the Republic of Korea as well.

In the Declaration the ministers reaffirmed their unequivocal support for the NPT and its three above mentioned, mutually enforcing principles. At the same time they expressed their resolve to strengthen the NPT due to the existence of disturbing trends in connection with the unravelling of the arms-control system, the increasingly tense relations between nations and risks arising from new weapon technologies. They also stressed the validity of the NPT commitments accepted in the past and the necessity of their fulfilment in the interests of humanity and to prevent any further use of nuclear weapons.

The ministers consider taking action to reduce nuclear risks as one of the currently most important goals. In this connection, among other things, they called on nuclear-weapon states “to maximize transparency on their nuclear arsenals and show nuclear restraint at the highest political level." The nuclear-weapon states have been also encouraged “to discuss and take practical measures to reduce the role of nuclear weapons in their security and defence policies." The ministers also said that all states should refrain from entering a new arms race.

The ministers reaffirmed their steady commitment of their countries to facilitating such an endeavour, and supporting the reestablishing of the trust and the improvement of the environment for making real progress on nuclear disarmament. They have also appreciated the impetus given to the P5 dialogue among the nuclear-weapon states, i.e. the permanent members of the UN Security Council, and called on these states to accept concrete results before and during the NPT Review Conference. The first session of the Conference on the Establishment of a Middle East Zone Free of Nuclear Weapons and Other Weapons of Mass Destruction was described by the ministers as an encouraging activity. The ministers further provided evidence of their engagement in the sphere of the regional proliferation challenges by their support for a complete, verifiable and irreversible denuclearization of the DPRK, and by the underlining of the importance of preserving and fully implementing the so-called Iranian nuclear deal (JCPOA) of 2015.

The ministers further voiced their support for education in non-proliferation and nuclear disarmanent, and enabling the young generation to form the future development in favour of the achievement of a nuclear-weapons-free world. They expressed their respect for communities affected by the use and testing of nuclear weapons, and their support for the full and effective participation of women and futher integration of gender perspectives in nuclear disarmament. They also mentioned their interest in cooperation in the area of the wide spectrum of nuclear opportunities and challenges, including the peaceful use of nuclear energy and nuclear proliferation risks.

The Annexʼs twenty-two proposed measures, characterized by the authors as a non-exhaustive list of short-term, achievable and meaningful activities, each have specific recipients because of their different contents. The recipients can either be all states, i.e. including states non-participating in the NPT; all of the NPTʼs state parties; the NPTʼs nuclear-weapon states; or all nuclear-weapon possessor states and states with peaceful nuclear capacities. There is only one case in which the proposed measure has been addressed particularly to the US and Russia, which is the call to extend the last bilateral arms-control treaty, the New START Treaty, and engage in talks on its possible extension.

The majority of the proposed measures have been addressed to the nuclear-weapon states. They involve, among other things, acknowledging the need to ensure that nuclear weapons will never be used again, advancing nuclear disarmament, reduce their nuclear arsenals and contribute to next-generation arms control arrangements. According to the Annex, these states should also take practical measures to reduce the role of nuclear weapons in their military doctrines, collectively or individually tighten negative security assurances and improve or create a common system of crisis communication, e.g. by setting up hotlines and risk reduction centres.

All states should also devote their effort and support to the establishment of nuclear-weapons-free zones in all regions of the world, including the Middle East, on the basis of arrangements freely arrived at among the states of the region concerned, uphold existing moratoria on nuclear-weapon test explosions and push for the Comprehensive Test Ban Treaty (CTBT) entry into force. Further recommended measures concern declaring and upholding moratoria on the production of fissile material for military use, supporting the ongoing initiatives for developing multilateral nuclear disarmament verification capacities, and the engagement with the young generation through dialogue platforms, mentoring, internships, fellowships, etc. According to the authors, visits to and interactions with communities affected by the use of nuclear weapons and nuclear tests could positively contribute to a better understanding of nuclear disarmament matters. 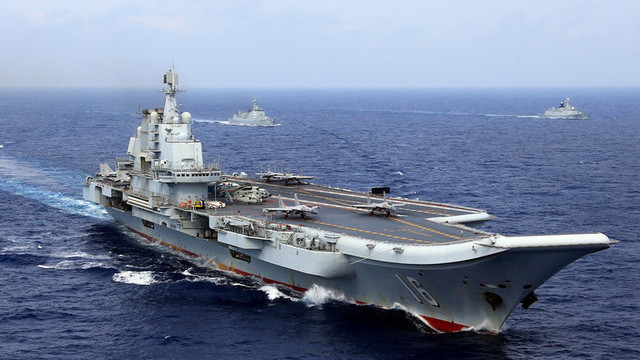 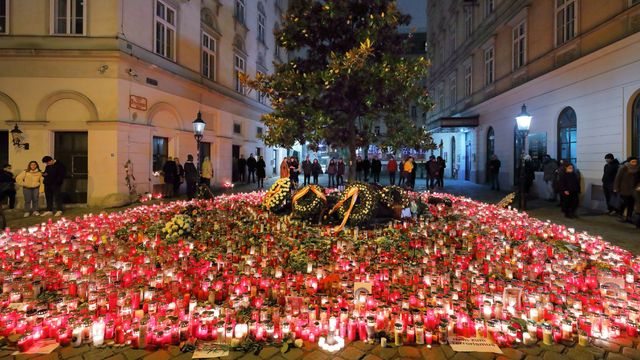