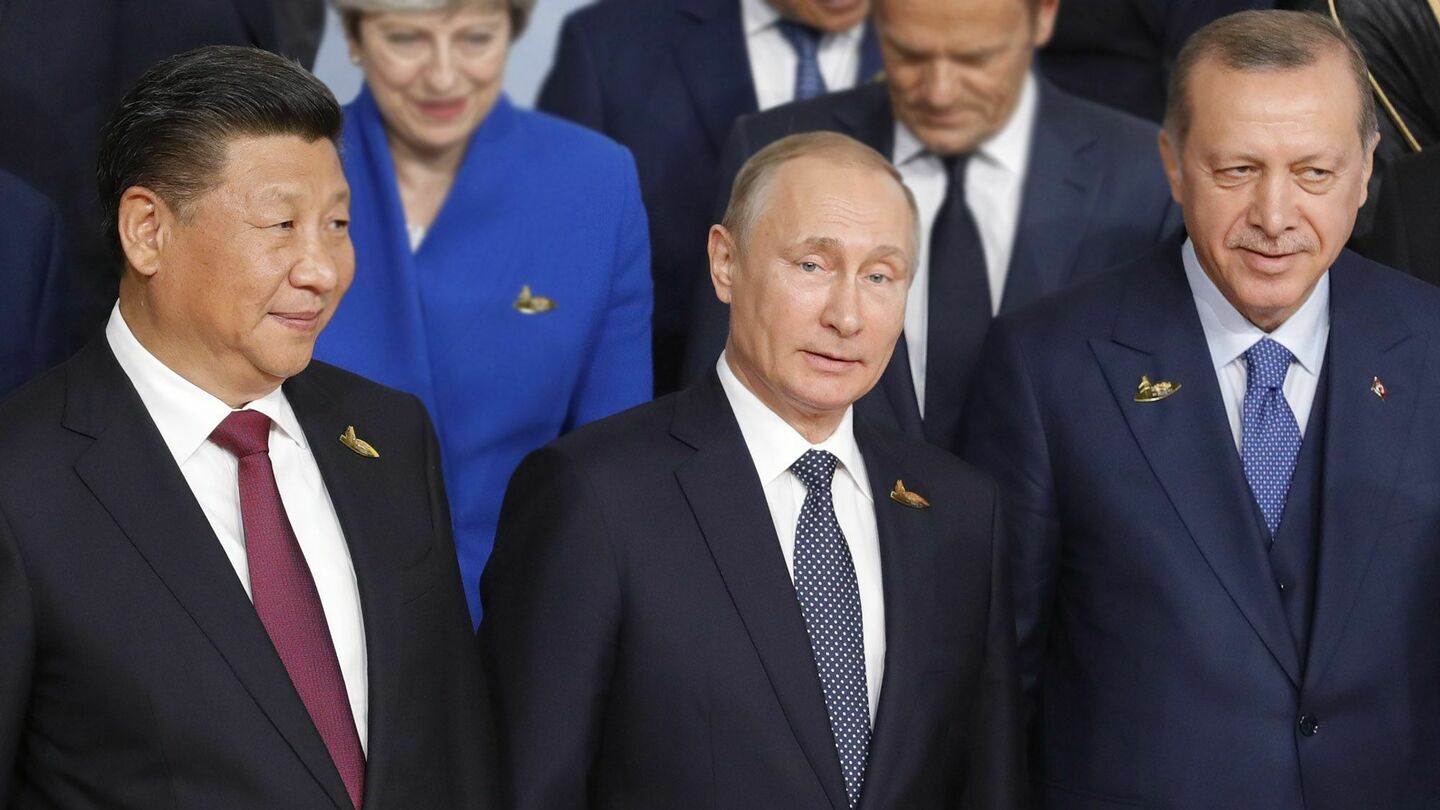 The process of autocratization, entailing gradual deterioration of democratic institutions through concentration of power in the executive, has become visible in a growing number of countries. Regardless of the fact whether there is a presidential or a parliamentary system in a country, once a populist-authoritarian party wins control over the executive, it takes advantage of its power to advance the polarization of the society by spreading false information, intimidating opponents; attacking the media, politicizing the judiciary and finally taking on the democracy’s very core institution - free and fair elections.

Decline of democracy and response of the West

According to the report of the Varieties of Democracy (V-Dem) Institute released in March 2021, autocratization across the globe accelerated during the past 10 years and the level of democracy enjoyed by the average global citizen in 2020 has fallen down to levels last found around 1990. The report further states that, within the EU, ‘Hungary’s ongoing autocratization is still conspicuous’ while Poland has ‘taken over a dramatic 34 percentage point decline in the liberal democracy index, most of which has occurred since 2015.’ Within the EU’s external periphery, Turkey and Serbia are in the category of major decliners. In South Asia, India has fallen into the category of an electoral autocracy under the leadership of Narendra Modi while in the US, liberal democracy declined under the presidency of Donald Trump, following a similar pattern. In Latin America, Bolivia and Brazil are in the top ten list of major declining democracies.[1]

The western powers concerned with the protection of democracy have so far prioritized a defensive strategy to cope with the challenge of autocratization at home and abroad. Within their own territory, they highlight the fight against the perpetrators of cyber attacks and dissemination of disinformation. The Biden administration, following the assault on Capitol Hill, focuses on mechanisms tackling radicalization, the growth of extremist networks and the role that social media plays in information sharing and more. The EU action plan on democracy, on the other hand, focuses on the resistance against the manipulation of information, election interference and protection of journalists. The NATO member states in June further agreed to a new cyber defense policy and the G7 has called for a wider action against ransomware attacks operating from within their borders.

At the global level, the attention is given to the role of the autocratic governments of Russia and China. Countering Chinese influence over liberal democratic countries has become a priority for the Biden administration, which has put a pressure on Europe to do more to this end. The US also renewed its effort to maintain ties with democratic allies in Southeast Asia. On July 15th, the Foreign Affairs Committee of the European Parliament approved the need for establishing an alliance with the US and other like-minded partners to counterbalance the efforts of Russia and China to destabilize the European political order. As a follow-up to the commitment to work together during the US-EU summit, the emphasis has been given to the tools such as imposition of sanctions against autocratic governments, policies to counter illegal financial flows, and support for human rights activists.

However, is a defensive strategy at home and abroad sufficient to cope with the global challenge of autocratization? The emerging scholarship on democratic resilience emphasizes not only the need for being defensive against ‘threatening actors’, but also being constructive to decrease the salience of polarizing narratives of the populist-authoritarian forces by means of democratic voter mobilization.[2] A constructive approach toward democracy promotion aims at weakening the demand side of populist-authoritarian governments, in addition to the “defensive strategy” addressing the supply side. Such a constructive approach rests namely in the creation and implementation of transformative policy agendas to rebuild the moderate voters’ trust in democratic processes. Reformative democracy programs at home can then be integrated into constructive (not only defensive) democracy promotion policies abroad.

In countries experiencing autocratization, citizens play an important role in this unfortunate development: It is their often well-justified lack of trust in the performance of democratic institutions that triggers the autocratization process. Indeed, it is their revolt against the mainstream parties presiding complacently over what many regard as a managed decline of previously successful societies. Namely the apparent inability or unwillingness of the democratic establishments to respond to many challenges posed by globalization characterized by the increase of the corporate power, weakening of the organized labor and growing income inequality provide a fertile ground for the authoritarian reaction.

Concurrently, the rise of postmaterialist values such as environmental protection, human rights and gender equality complicated the classic left-right interparty competition, and drew attention partly away from wealth redistribution to cultural issues. The lack of trust in democratic processes is not purely related with material well-being, but rather with citizens’ feelings of ‘being left behind’ and ‘social envy’, resulting from cultural and economic transformations that negatively affect their social status.[3] Ronald Inglehart and Pippa Norris call these feelings that have given rise to the populist-authoritarian movements as the ‘backlash against postmaterialist values.’[4]

As President Biden vows to prove that ‘democracies will not just endure, but excel,’ these underlying causes of autocratization must not be forgotten, and should simultaneously lead up to transformative policies and narratives targeting those who feel left behind. On his 100th day as the US president on April 28, Biden’s speech to the Congress included the signs of future transformative policies when he proposed a series of tax increases on wealthy households, announced his plans such as the ‘blue-collar blueprint to build America’ or the ‘American Families Plan’ that includes spending on community colleges, childcare and paid leave. Such messages carry potential for developing a counter-authoritarian narrative, and are as important as those focusing on human rights or racial equality, and must be emphasized repeatedly and consistently by the US president.

In the EU, the effort to boost citizens’ trust in democratic institutions, led to the introduction of a new initiative called the ‘Conference on the Future of Europe.’ While the stated goal of this initiative is to draw a roadmap for structural reforms with the active participation of citizens, it is already apparent that the members of the European Council are skeptical of this initiative. Also, the previous institutions of citizen participation—such as the European Citizens’ Initiative (ECI), had hardly affected the political processes in the EU. Given that the current Conference initiative has so far had no significant mobilizing effect on the citizens suggests that while the EU establishment acknowledges the problem, the ability to meaningfully reach out to the disenfranchised citizens is missing.

Implementing a dual strategy to reinforce democracy both at home and abroad is a massive challenge but the implementation of internal (constructive) strategies is a pre-condition for building successful democracy promotion policies abroad both for the EU and the US. Their political institutions and democracy promotion instruments have suffered from a declining appeal and failed to prevent the rise of populist-authoritarian actors supported by powerful majorities at home and abroad. The post-pandemic order provides a significant opportunity to win back the trust of these majorities through wise public policies (including investments in public infrastructure and services), which should be designed with citizens’ participation. In order to do so, these programs and initiatives must also be accompanied with transformative narratives targeting those who feel forgotten.

[1] The pattern of autocratization common to these countries is aptly described in the renowned book by D. Ziblatt & S. Levitsky (2018). How Democracies Die. New York: Crown.

[2] See the special issue by W. Merkel & A. Lührmann (2021).  Resilience of Democracies: Responses to Illiberal and Authoritarian Challenges. Democratization 28(5).