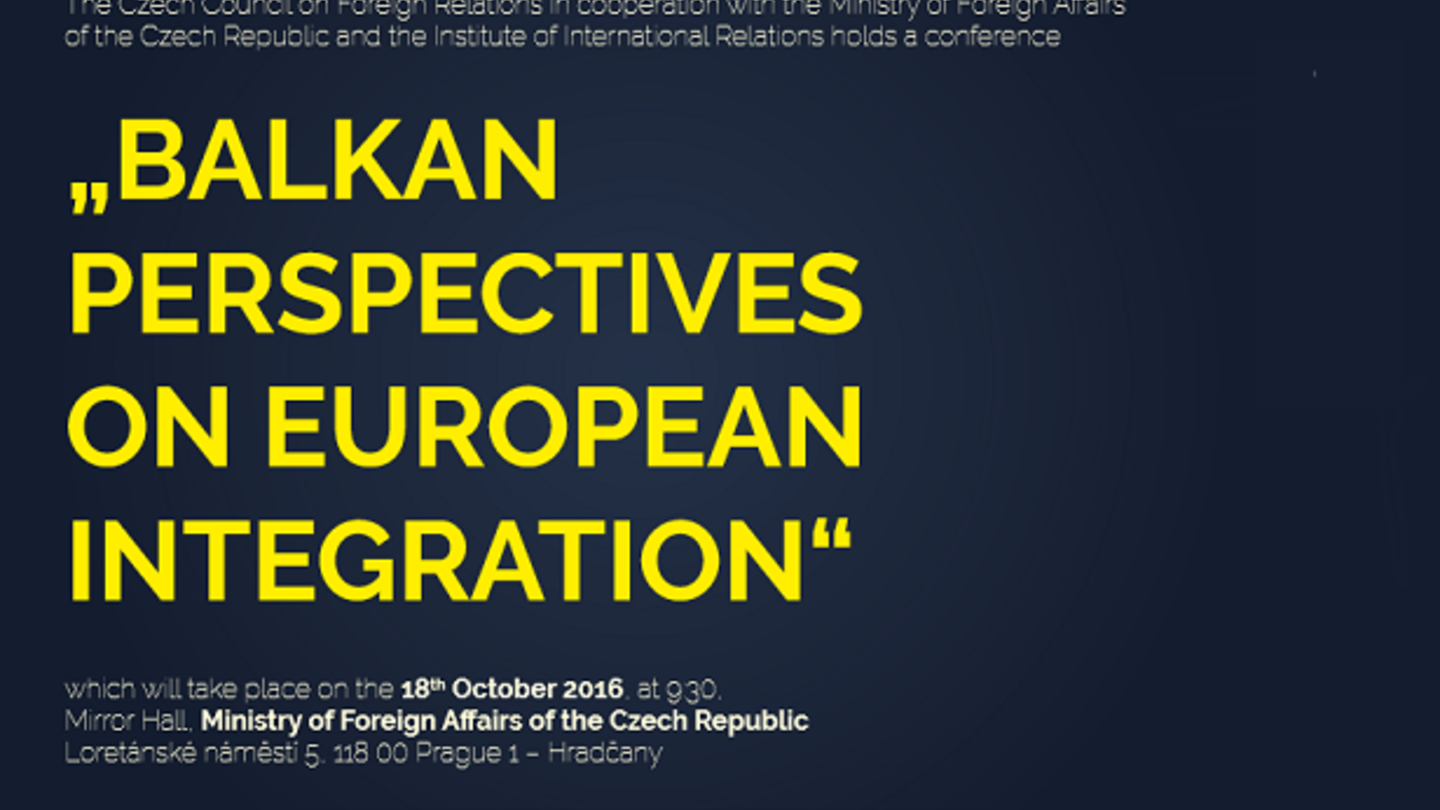 The Czech Council on Foreign Relations in cooperation with the Ministry of Foreign Affairs of the Czech Republic and the Institute of International Relations holds a conference „Balkan Perspectives on European Integration“.

11:15 Anes Makul, ‘The Referendum in Republika Srpska - A Threat for Rule of Law in Bosnia and Herzegovina?'
11:35 Zdravko Veljanov, ‘Macedonia: Past the Political Crisis and Return to Europe'
11:55 Nenad Koprivica, ‘Challenges and Perspectives of the Montenegro Euro-atlantic Integration Path'
12:15 Jan Šindelář, ‘Integrating for the sake of integration: Northern munincipalities of Kosovo in the realm of Pristina-Belgrade dialogue'

The conference will be moderated by Ivana Milenkovičová, Foreign News Desk, Lidové noviny.

Researcher at the Center for Research and Policy Making (CRPM) Skopje. Previously worked as Research/Teaching Assistant at Ss. Cyril and Methodius University in Skopje, teaching English for Specific Purposes. He has a dual master’s degree from University of Southern Denmark and Europa-Universitaet Flensburg in European Studies and master’s degree in Conference Interpreting from Ss. Cyril and Methodius University. His focus is on constitutionalization, democracy, rule of law, good governance, human and minority rights, and integration of Western Balkans.

Adrian Brisku is an Associated Professor of Comparative History at the Ilia State University in Tbilisi Georgia and a lecturer at the Institute of International Studies of Charles University, Prague. His first book Bittersweet Europe: Albanian and Georgian Discourses on Europe, 1878-2008 was published in 2013 with Berghahn Books. His second book Political Reform in the Ottoman and Russian Empires: A Comparative Approach with Bloomsbury Academic is forthcoming in 2017. He has also published numerous, peer-reviewed articles on nationalism, reform, Europeanization, political economy, empire with specific focus on Albanian and Georgian modern history. Brisku holds the degree of doctorate of philosophy in History and Civilization from the European University Institute in Florence, Italy.

Tomáš Dopita is a Researcher at the Institute of International Relations in Prague. Currently, Tomáš is pursuing a PhD degree in International Relations at the Faculty of Social Sciences, Charles University in Prague. In his current work he focuses on the encounters of political subjects in Bosnia and Herzegovina, European integration of the Western Balkans, gender equality in international development, and equal opportunities in foreign service.

Jan Šindelář graduated at the Institute of International Affairs at the Charles University in Prague focusing on the contemporary development of post-Yugoslav Republics. During his academic and professional career, he was involved in several civic projects in Serbia, Bosnia and Hercegovina but also supported community participation in Prague as a member of the local NGO, Auto*Mat. For the last year and half Jan was engaged with United Nations Development Programme in Kosovo, responsible for coordination of projects in the area of local economic and livelihood development, specifically for the area of northern municipalities.

PhD student at the University of Vienna and associate research fellow at the Institute for International Relations Prague (IIR). Works currently as a researcher with the IIR on a project related to EU Integration politics in Western Balkans. Has worked also as the head of the think tank ACIPS in Sarajevo and in several other local NGOs in Bosnia and Herzegovina. He worked as the editor in chief of the quarterly magazine “New Perspectives” published by ACIPS. Anes worked also as journalist in Dnevni avaz, the biggest newspaper in Bosnia and Herzegovina. He is interested in EU Integration of Western Balkan countries.

Executive Director at the Centre for Democracy and Human Rights - CEDEM, think tank from Montenegro. Previously worked also as a teaching assistant at the Faculty of Political Science, University of Montenegro. He is currently a PhD candidate at the Faculty of Political Science, working on the thesis Political conditions of the Western Balkan integration into European Union. He previously graduated from Faculty of Law, University of Montenegro and also holds the Master degree in European Studies from the University of Bonn, Germany. His major interests are: diplomacy, international political relations and Euro-Atlantic integrations. He was Country Coordinator for Swiss Peace foundation from 2006-2008 and the President of YATA Association 2007-2008 and currently member of the working group for drafting Montenegrin Law on asylum. He is also a member of the BiEPAG (The Balkans in Europe Policy Advisory Group).

Zoran Cirjakovic is lecturer at the Faculty of Media and Communications in Belgrade. He previously worked as a reporter, first covering wars in the Former Yugoslavia for Newsweek and the Los Angeles Times and later as journalist for various Serbian media. Until July 2016, Cirjakovic was columnist of "Politika", the oldest and arguably most influential paper in the country. Cirjakovic reported on wars and postconflict transformations in various African and Asian countries. His main scholarly interests are neocolonial interventions and applicability of postcolonial studies to the developments in the Balkans.

Journalist at the foreign news desk of Lidové noviny, the oldest daily newspaper in the Czech Republic. Previously worked as head of the foreign news desk at iDNES.cz, leading Czech online newspaper. She has been focused on the Balkans, mainly on current geopolitical events, international criminal justice with regard to the breakup of Yugoslavia, and integration of the countries in the region into international structures. 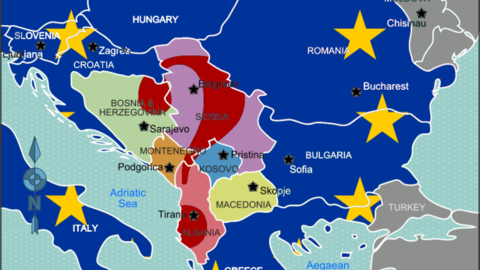