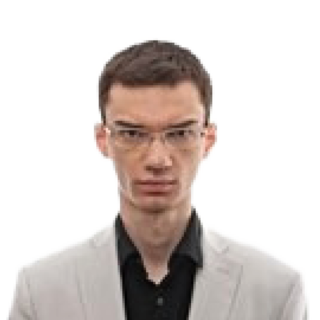 According to BP statistics, Iran has the world's largest reserves of natural gas and its fourth-largest reserves of oil. Its strategic geographic position makes it capable of supplying these resources to Europe, its Middle Eastern neighbors, and South and East Asian countries.1 Yet, the difficult geopolitical situation around its nuclear program and the poor management of its energy industry have prevented it from becoming a gas exporter to the European Union (EU).

However, the recent Joint Comprehensive Plan of Action (JCPOA) on the Iranian nuclear program and the promising reforms of the Hassan Rouhani administration have created hopes for invigorating Iran's export potential. Iran has not only declared that it plans to take back its share of the world oil market; it has also announced plans to increase its natural-gas exports.2 And as EU-Russian relations deteriorated under the influence of the Ukrainian crisis, Iran is seen as an alternative to Russian gas supplies.

Currently Russia's Gazprom is the largest gas supplier to the European market. After the gas crises of 2006 and 2009, when the supplies that were transported via Ukraine were interrupted, the reliability of Russia as the main exporter to Europe was undermined. At the same time, the European Commission (EC) accuses Gazprom of noncompetitive practices and promotes liberalization of the gas market. Hence, the long-term goal for the EU is to find alternative suppliers and build an internal market, ideally based on the spot-market principle instead of the long-term contracts preferred by Gazprom.

These disagreements led the EC and the European Parliament to study Iran as a possible alternative to Russia. After the JCPOA and the expected lifting of economic sanctions, European companies can return to Iran, and the EU might try to establish closer economic cooperation with Tehran on energy issues.

This article tries to address the question of whether Iran can indeed decrease the EU's dependency on imported Russian gas.

The EU is one of the world's largest consumers and importers of energy resources.3 Its domestic production is declining, and EU member states are becoming more dependent on countries outside the EU or from the non-EU countries in the European Economic Area (such as Norway). According to the EC, about 53 percent of overall energy consumed by EU countries depends on imports: about 90 percent of their petroleum is imported, and 66 percent of their natural gas.4 In the last 20 years, overall gas production in the EU has fallen by 56 percent, and now the member states import almost 300 bcm of natural gas each year. In the next decade, it will rise to 340-350 bcm/y.

Russia is the main energy supplier to the EU, with an oil and gas market share of about 30 percent.5 Yet disagreements about the fragmented nature of the market and uncertainties surrounding the reliability of Russia as a gas supplier have forced the EC to pursue a broad strategy to reduce European dependency, especially in the central and eastern member states. The bulk of this trade involves pipelines, and prices are determined by long-term contracts between Gazprom (or some non-Russian supplier) and the wholesale buyer in the consuming nation. These sorts of long-term contracts include a "take or pay" clause that obliges importers to buy an agreed-upon volume of gas or else pay a fine. Gas prices are linked to oil prices with a time lag of about six months.6 Though Russia argues that this arrangement secures the gas supply for a period of 20-30 years, according to a growing body of opinion in the EU, actively promoted by the EC, Gazprom can effectively manipulate the gas market at the expense of consumers, who have to pay a punitive contract price.7

You can find more information here.