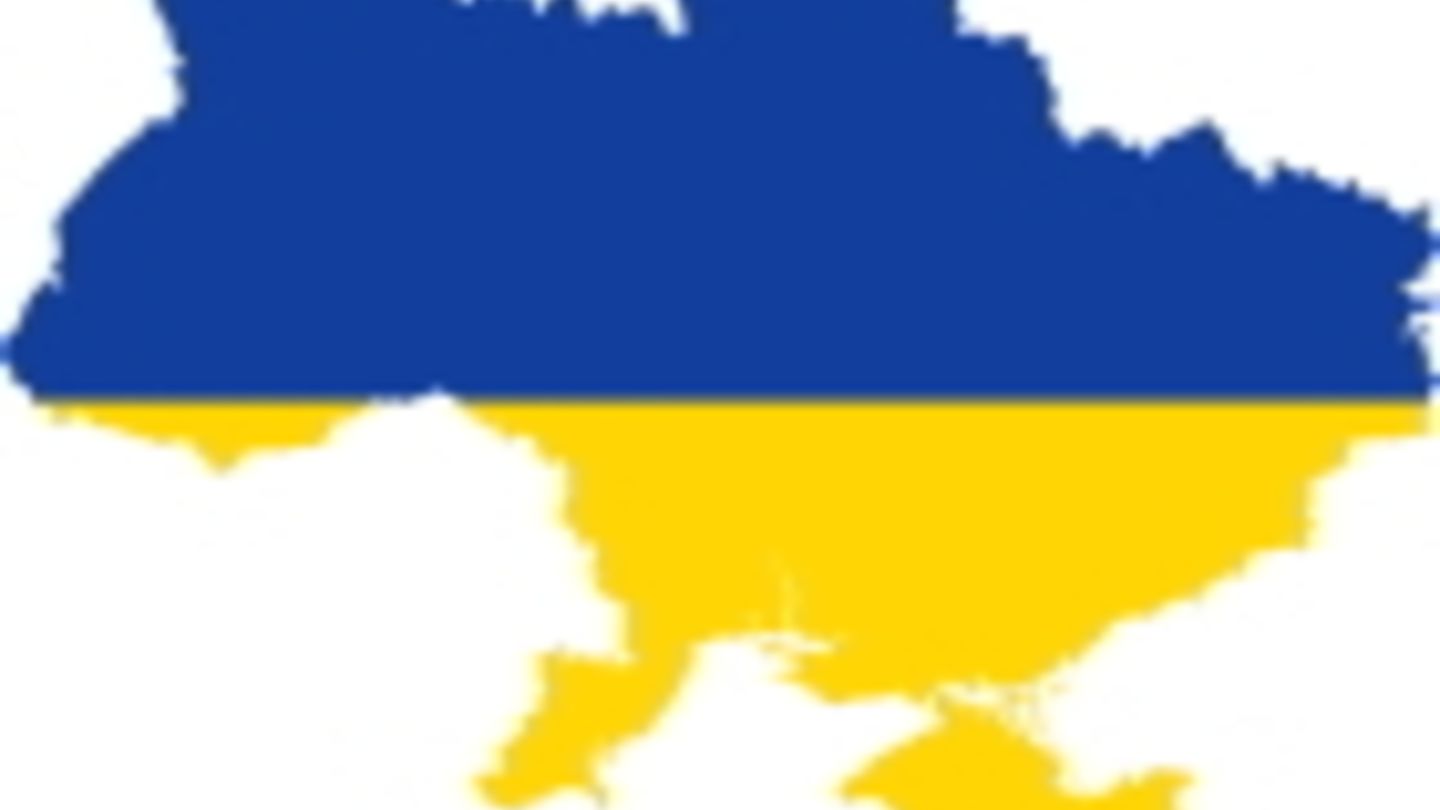 This article addresses the possible outcomes and opportunities for Ukraine from the free trade agreement between Canada and Ukraine signed on July 11th, 2016.  This free trade agreement known as the Canadian – Ukrainian Free Trade Agreement (CUFTA) is a milestone in the relationship between the two countries.

CUFTA will provide Ukraine with a new source of income for its economy, which will assist it in its economic recovery, and provide new methods to overcoming corruption and transparency issues. Ukraine has suffered economically since the Euromaidan 2013, and is searching for new means to relieve itself from its burden of debt.

CUFTA can become a source of upward mobility for sectors of production that have suffered a loss of revenue in recent years. Economic growth is one of the many contributing factors to democratization, and in Ukraine’s case it will relieve economic and political strain within the country. CUFTA will act as a mechanism of dissemination of democratization and its provisions can help limit corruption. This article will also analyze how participating in CUFTA can alter Ukraine’s position in international relations.

Ukraine and Canada’s relationship began on December 2, 1991, when Canada became the first Western country to recognize Ukraine as an independent state following the collapse of the Soviet union. Since then, the Ukrainian-Canadian relationship has flourished through shared cooperation in numerous international organizations; a strong relationship between shared embassies and consulates in both countries, and the 1.3 million Ukrainian – Canadians living in Canada.

Canada has engaged in humanitarian development and assistance in Ukraine, providing over $493 million in support, as well as closely working on economic development, increasing transparency and good – governance within Ukraine. Canada has also been a prominent actor in responding to Ukraine’s crisis since 2013, and an active voice against Russia’s illegal annexation of Crimea in March 2014.

Canada has been working hand – in – hand with the Ukrainian military to deliver training and support to Ukrainian military personnel. The most recent step taken in the relationship between Ukraine and Canada was the establishment of the Canadian – Ukrainian Free Trade Agreement (CUFTA); a bilateral trade agreement between the two countries, which eliminates 86% of tariffs on Canadian exports to Ukraine, and eliminates 99% of tariffs on Ukrainian exports to Canada.

CUFTA was signed on July 11th, 2016 between Canada’s International Trade Minister, Chrystia Freeland, and Ukraine’s First Vice Prime Minister and Minister of Economic Development and Trade, Stepan Kubiv. This landmark decision includes the elimination of tariffs on most exports from both countries, and solves issues of product certification and technical standards that can restrict trade.

CUFTA will assist both Canada and Ukraine domestically by providing better access to the international market for the exporters, but can also drive political change within Ukraine. CUFTA will support increased transparency and good – governance in Ukraine by strengthening the relationship with Canada, a country who advocates for such principles. Economic development, which is one of many factors that affect democratic development will aid in the further democratization of Ukraine. CUFTA, which will tighten Ukraine’s relationship with Canada, can help Ukraine establish new ties in international relations.

CUFTA in a nutshell and how it can help Ukraine

Free trade comes with numerous economic benefits; it can lower costs for consumers, provide better access to products and is an engine of economic growth. A free trade agreement allows countries to specialize in goods that meet their comparative advantage and increases their economic welfare. It allows countries to compete fairly on the international market, and provides other benefits such as lower prices for consumers and greater choices of goods. Nonetheless, a free trade agreement such as CUFTA has other advantages that can play a role in Ukrainian politics and international relations.

Canada’s and Ukraine’s bilateral trading relation has flourished in recent years, averaging to $288.9 million yearly between 2011 and 2015. The process to establish a trade deal was not an immediate decision; the first free trade negotiations took place in 2010.Following the Maidan in 2013, Russia’s illegal annexation of Crimea in 2014 and Ukraine’s new Poroshenko government, Ukraine has been focused on economic revival and recovery. This landmark free trade agreement will provide new methods for the Ukrainian government to stimulate growth.

The key products of this trade agreement include, frozen fish, seafood, grains, canola oil, beef and industrial goods from Canada. Ukraine will be primarily exporting sunflower oil, sugar, chocolate goods, vodka, iron and steel, and ceramics. The Canadian imports of fish will lessen the strain of Ukraine’s inability to access its main fishing ports in Crimea due to the illegal annexation from Russia.

The World Bank predicted that Ukraine’s economy would only grow by 1% in 2016. With the ongoing, yet more stable crisis, citizens are still carrying the burden of the war; job losses in the civil sector, pension cuts, costly energy services and expensive household items such as milk, meat and eggs are affecting Ukrainians. Economists in Ukraine do not blame the war as the sole reason for the economic difficulties in the country. Corruption and poor governance are the foundation to the poor economic situation in Ukraine.

With the support of Canada, CUFTA will provide a new option to assist the country in economic recovery. Ukraine’s access to Canada’s larger market will increase opportunities for Ukrainian production sectors, stimulate economic development and attract foreign investment.

Canada has already accomplished successful free trade agreements such as the Canada – Chile Free Trade Agreement (CCFTA), which came into force in 1997. From 1997 to 2011 merchandise trade between Chile and Canada tripled from $718 million to $2.7 billion and Canada’s total economic welfare gains were over $250 million. This trade deal also opened up new exporting markets for both Canada and Chile, invited new products into the market that contributed to greater gains and contributed to 90% net gains of Canadian exports to Chile. CCFTA was successful both for Chile and for Canada, contributing to the economic welfare of either country. From this experience, CUFTA will hopefully bring the same economic gains to Ukraine and Canada.

Free trade agreements advertise for democratization and the rule of law. Companies and countries that engage in free trade have to often abide by rules and regulations issued by organizations such as the World Trade Organization, which reduce corruption, and increase security and transparency. For Ukraine who is suffering from corruption, the opportunities to establish free trade agreements will further the dissemination of democratic values held by the Western world, as well as those from Canada.

Corruption is a systematic problem in Ukraine, rooted in the formal, informal and political sector. As Thomas de Waal from Carnegie Europe states in regard to Ukraine’s corruption, “the problem is not that a well-functioning state has been corrupted by certain illegal practices; rather, those corrupt practices have constituted the rules by which the state has been run.”

Business and politics are mixed together, bribes are a common practice and the rule of law has been weakened. Although anti – corruption progress has been achieved since the Euromaidan in 2013 such as, police reform, public procurement, and a more stable government led by Petro Poroshenko, Ukraine continues to suffer from a widening wealth gap and corrupt practices.

CUFTA invites new rules and regulations that must be followed for the trade agreement to be maintained. Basic provisions such as sanitary and phytosanitary measures regarding food, animal, plant, health and human safety based on the World Trade Organization (WTO) Agreement on the Application of Sanitary and Phytosanitary measures must be upheld. CUFTA brings another provision that seeks to limit monopolies, state enterprises and competition policies by pursing anti – competition business conduct, which can act as a method to deterring corruption in Ukraine. CUFTA also includes policies regarding labor rights and environmental policies. These policies that will be upheld by Ukraine in this trade agreement will act as dissemination of Western democratic values and a mechanism to improve transparency and corruption.

By engaging in CUFTA, Ukraine’s domestic and foreign policy, and its position in international relations can change. This trade agreement is a benchmark to political change in Ukraine. Following the premise of international relations Liberal theory, this trade deal will exemplify a ‘bottom – up’ transition of political action. There is a causal relationship between the interests of societal actors and politics; in this case, as Ukrainians in various sectors will gain more upward mobility from economic gains due to the free trade agreement, their interests will change resulting in a change in domestic and foreign policy.

International relations Liberals believe that a state’s preferences are a reflection of its behavior. Ukraine is currently yearning for economic recovery and an end to the crisis. Its decisions to engage in relations such as CUFTA with Canada reflect the country’s desire for change. With increase economic activity, enabled by CUFTA, the everyday Ukrainian can advocate more for change in domestic politics and foreign policy.

Nevertheless, Canada’s ability to branch out through a free trade agreement, an agreement that has not been established yet with the European Union, is a sign of change for Ukraine. By engaging in bilateral relations such as CUFTA, Ukraine’s position can be strengthened on the international stage through its support of its partner in the relationship. This acts as a balancing mechanism against countries that Ukraine is currently experiencing difficulties which, such as Russia.

CUFTA is in nowhere a means to a solution for Ukraine’s economic and political development, or a method to end the current crisis. CUFTA is rather just one of many factors that can contribute to progress economically and politically in Ukraine. The expansion of transnational economic relations between Ukraine and other countries can lead to increased opportunities for economic growth and stability in Ukraine.

This free trade agreement is also beneficial to the economy of Canada, providing more opportunities to various producing sectors in Canada. Nonetheless, with the rules and regulations stipulated in the free trade agreement, Ukraine will continue to adopt new provisions that push for further democratization, anti – corruption and transparency. Canada’s own democratic values can disseminate within Ukrainian politics through the strengthened relationship supported by CUFTA.

Malina Gilka is a second year student in the Political Science honors program at McGill University, Montreal Canada. She chose to intern at the Institute of International Relations Prague for the summer of 2016 to pursue her interests in Eastern and Central European Politics and broaden her understanding of international relations.