Dawn of Post-truth Politics and Role of Media 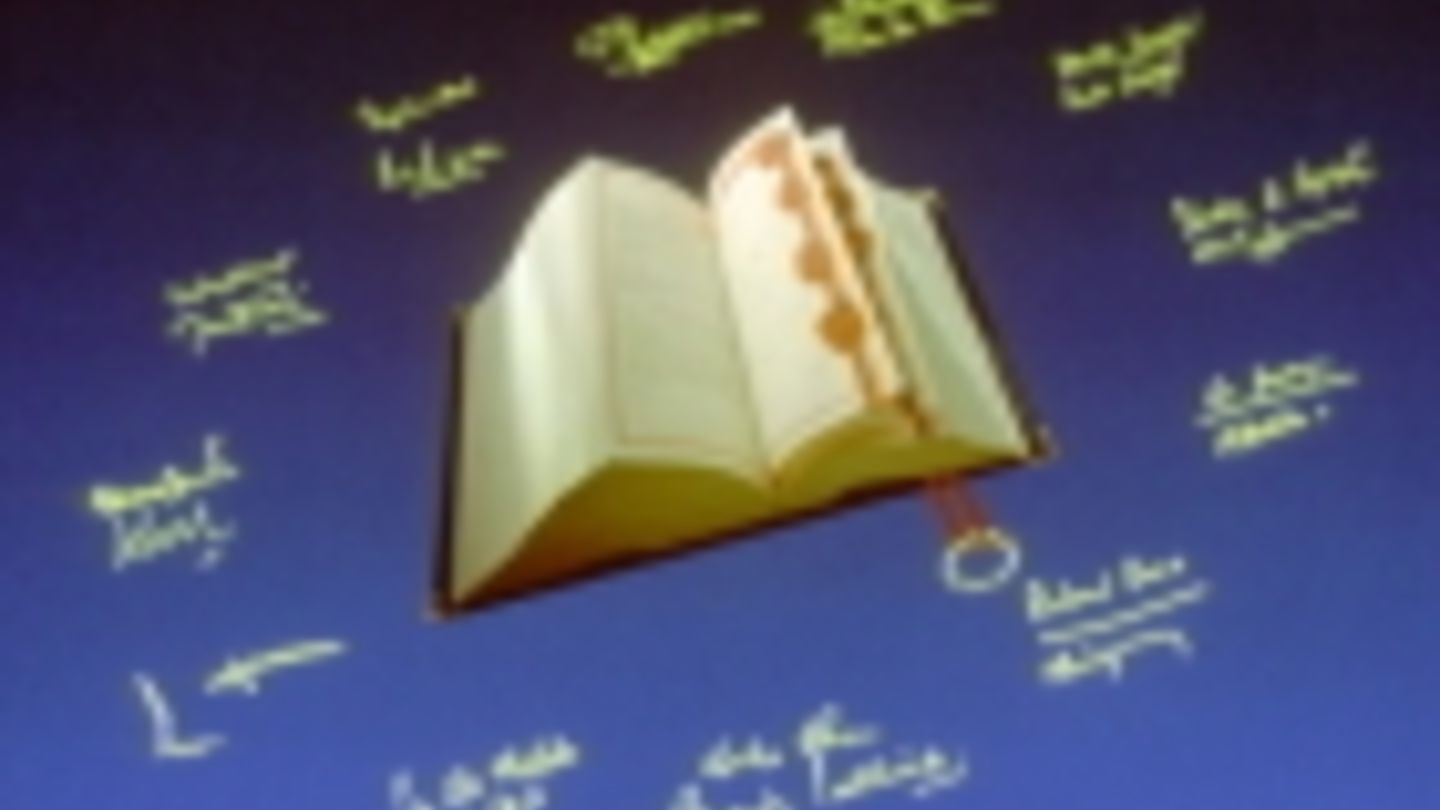 In 2016, the word post-truth has become more and more inflected and has earned the award for the Word of the Year by Oxford Dictionary. The reasons behind it are quite clear. The most visible events that earned fame to the phrase post-truth are without any doubts the presidential election in the United States and Brexit.

According to Oxford Dictionary the word post-truth itself refers to:

“…relating to or denoting circumstances in which objective facts are less influential in shaping public opinion than appeals to emotion and personal belief.”

By joining this adjective with word politics, we get the term post-truth politics, which has been aptly labelled as “Art of Lie” by The Economist.

Today, the countries to which we refer to as ‘western’, are mostly what we consider as modern democracies. Modern democracy is not indeed flawless, but so far it is the most advanced political system the human kind could come up with. The features of modern democracy for which we consider it as the most ‘human’ form of governance comes with shortcomings. These shortcomings like poor access to institutions, low level of participation, rising level of elitism, ossification of state authorities, etc., are often the root of discontent among the public. Such reasons are making the discontent more than just and as a matter of fact, without opposition and discontent, there could be no democracy. However, the flaws of modern democracy offer somewhat of loopholes for populists and demagogues, who utilize these loopholes to easily gain votes in elections.

That is unfortunately nothing new. For instance, in Czech parliament, there was far-right party SPR-RSC or so-called ‘Republicans’, which publicly promoted racial hatred. They were in parliament for 5 years. It never became a major political party and eventually dissolved, which could be possibly explained by the gradual liberalization of Czech society. Nonetheless, it is enough to watch any of the contemporary records of public speeches of its notoriously known leader Miroslav Sladek, to recognize the similar patterns of argumentation, we can often hear in speeches of many politicians today. In his speeches, we can clearly recognize the anti-establishment tone, accusations of government with baseless arguments, intended misinterpretation of facts, etc.

The point here is, that such style of expression is not an invention. It will always be appealing to at least narrow section of population. Yet, today, the post-truth politics achieved unprecedented success in post-Cold War era. The debate whether post-truth politics is a future of modern politics or not, should not be focused on the benefits of it, but rather it should be reduced to the fundamental question: “Do we want to value lies and untruth as a legitimate and recognized keystone of politics and public debate?” If the answer is no, we should be asking questions: “What is behind this success and what could be done to counter it?”

To counter the threat posed by the post-truth politics it is necessary to identify the structural causes the rise of the post-truth concept itself and understand why it is a fundamentally ill principle for political culture, that could result in deterioration of democracy and vitality of society. The structural causes behind the emergence of post-truth lie deeply buried inside society like for instance historical consciousness inherited from past century, the demographical composition of population throughout the time and constitution of moral values in the certain era and eventually its development. To investigate such factors properly, the analysis would have to be directed on the timespan from Enlightenment till this day. On the top of that, such complex causes are relatively hard to grasp and often it is impossible to unite opinions how to counter them. Not to mention it is inconceivable to develop an effective approach in a short-term. On the other hand, there is one particularly more visible and penetrable factor that is unquestionably behind the rise of post-truth politics; media.

Media have always been a powerful determinant in political realm and human kind is still trying to understand how they really work and what they are capable of. Learning about the relation between media and people and more particularly identify the changes should provide solid hypothesis that would help to clarify the most pressing questions. We can consider ourselves lucky because today we can stand on the shoulders of giants, who have been able to come up with powerful arguments that helps us understand the socio-political struggles of present days.

The first step in the process of analysing media is to find a vantage point from which the hypothesis could be developed in a most precise way. This so-called vantage point could be in this case interchangeable with term perspective. In 1964 Marshall McLuhan coined his famous hypothesis “Medium is the message”. In short, he proposed that the media itself should be the core of interest for research and not its content. The evolution of media allowed the closer connection between population and politics. Although it might seem as a vague example, the rise of a relevance of Twitter as sort of arena for interaction between population and politics is a solid proof for the three assumptions above. There are already efforts to examine the importance of Twitter in politics by assessing the influence of the statements made by political leaders on twitter, analysing the characteristics of the audience, how Twitter itself facilitates the communication, etc. That is exactly what McLuhan would be arguing for.

For McLuhan, the understanding how certain medium works will allow us to understand phenomena that it is producing. In other words, a phenomenon like post-truth politics is merely a symptom, which might be understood only through the examination and comprehension of the source; the media. Thus, the vantage point in this particular case should be nature of media itself and its content should be perceived as the product of their nature. Second, it is to be identified which medium is producing or rather co-producing which phenomena. Indeed, detecting such a link might be tricky. It mostly depends on utilized approach. The use traditional methods of classification, which requires relevant datasets and deep analysation of each medium separately would provide trustworthy foundation for the formulation of hypotheses, on the other hand, it would be rather elephantine approach. The more suitable approach to this problem would be to aim for a structural understanding of media as today their nature, features, and capabilities often overlap. That would provide us compromise, where we could look at media as a whole and at the same time identify the features of different types of media like TV, newspapers, Twitter, etc.

Then it would be possible to identify conditions behind certain outcomes; in this case post-truth politics. Third, to understand the recent dynamic shift of content in media, it should be clearly stated that media is the most effective tool to spread the ideology among the population. It is obvious that if one want to achieve political success, it is impossible to proceed without some form of ideological influence. Usually, we call such activity as propaganda, agitation or it could be also done through certain forms of marketing. However, the goal for the vast majority of political subjects would be to reach to as many people as it would be possible. Obviously, the audience is heterogeneous and various members react to different media in various ways, therefore the political subjects aim to find the most potent medium or set of media that would guarantee the sufficient coverage of the target audience.

Maintaining the image of the state

In 1988, Edward S. Herman and Noam Chomsky published the book Manufacturing Consent, in which they proposed the idea that mass media are the key actors in spreading state propaganda and maintaining the image of the state. They based their argument on the analysis of US mass media, nonetheless, in modern globalized world, the argument is inclusive at least for the western democratic states. Although the rise of post-truth politics might have challenged certain assumptions made by Herman and Chomsky, one of the arguments remain strong. If we exclude state-owned media, which natural predisposition to become a tool of propaganda is obvious, non-state media are always owned and managed by individuals and groups of people who share the same goal; profit. It does not necessarily mean that media first and foremost goal is profit, but the rules of the market are relentlessly determining the crucial role of profit in media business. Assuming, that profits play important role for survival and prosperity of subjects that produce content within the media, the erosion of moral values especially towards the concept of truth and facts is suddenly less puzzling. Moreover, the ownership of media itself provides power over the content, which can be in some case altered not only for profit but also in pursuit of maximizing the influence of medium within the general media structure.

While a structural understanding of the media requires vast knowledge of the conditions within the media, the analysation of outputs shall validate the existence of relations between medium and form of content. Each media as a tool of communication have certain feature which allows them to adjust the content in a certain way. That is a result of specialization of media, which is distinctive for the western media. Before the existence of the television and internet, the media division of media regarding the content was way more visible as they focused on a single sense. Nonetheless, specialization has blurred in last decades thanks to the rise of multimedia, computerization, and globalization.

This synthesis itself explains, why the phenomenon of post-truth is extending to the majority of the sources today. In past, the media countered conspiracism in the sake of its own credibility and therefore provided sort of monitoring and correcting service for the population, which will always suffer from motivated reasoning to some extent. With the synthetization of media, the role of a corrector and corrected is slowly disappearing and allowing the post-truth to become something that reveals the truth behind the curtain. The audience, that relied on the truthfulness and verity of media content suddenly have become the prey for media struggling for viewership and thus the way for the rise of post-truth politics have been opened.

To conclude the contemplation, it must be stated that the understanding the essence of media, how media works, what is their function within the society is crucial to explain and evaluate and possibly counter the content they produce. As we could witness in last months, but also throughout the history, the power of media could be easily underestimated. Therefore, we as an audience must take into account the nature of media and subsequently different sources before making any assumptions on the content itself. Things like lack of critical thinking, an absence of fact-checking before accepting statements, inability to put things perspective and so on, provide opportunities for the rise of unpleasantly phenomena like post-truth and post-truth politics. Hopefully, this article will inspire further reflexion on this topic and constructive critique that will lead to greater thoughts and perhaps even solutions.

The Economist. (2016, September 10). Art of the lie. Retrieved February 2, 2017: http://www.economist.com/news/leaders/21706525-politicians-have-always-lied-does-it-matter-if-they-leave-truth-behind-entirely-art

Flood, A. (2016, November 15). 'Post-truth' named word of the year by Oxford Dictionaries. Retrieved February 2, 2017, from https://www.theguardian.com/books/2016/nov/15/post-truth-named-word-of-the-year-by-oxford-dictionaries