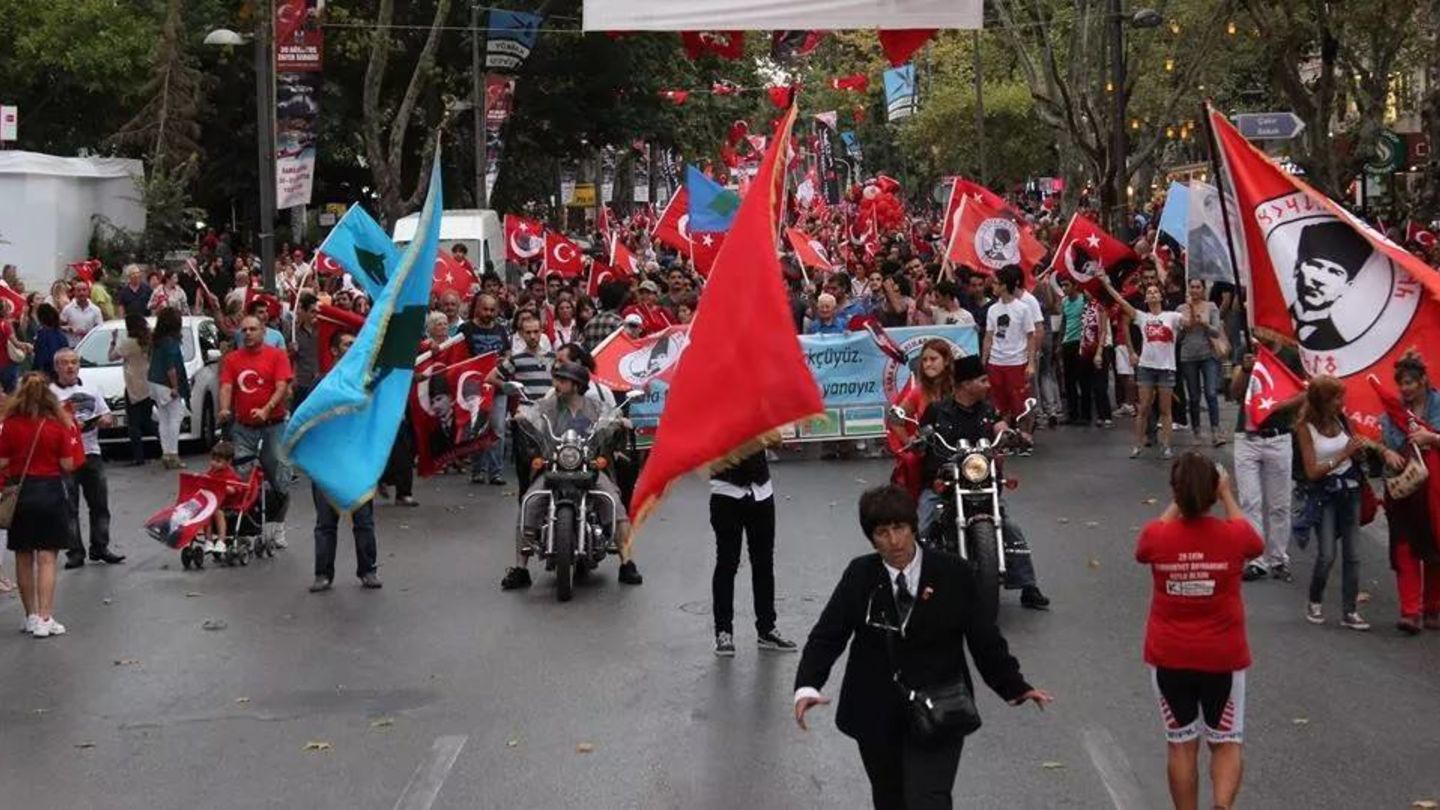 Turkish people are deeply divided due to recent political controversies. On the 16th April, Turkish people will vote in an Erdogan sponsored referendum to decide on new government system. According to opposition, proposed system is clearly undemocratic and will lead Turkey into dictatorship since the proposed constitution combines legislative and executive powers and empowers president to interfere the Judiciary. However, government sponsored “YES” front says the new constitution will make things run faster and easier.

Despite the fact that the referendum will take place under the shadow of state of emergency and economic problems, Erdogan do not hesitate to label the “NO” voters as terrorists and enemies of the state.

Erdogan’s party AKP mysteriously convinced the MHP’s leadership (Nationalist Movement Party) to pass the new constitution. The fact that MHP is the third greatest party in the parliament, that coalition creates opportunity for Erdogan to introduce “YES” as a patriotic choice. However, there are some who resist it. There was a long-standing dispute between the voters and leadership since the Devlet Bahçeli is ruling the party with iron fist for more than 20 years. Following the MHP leader Devlet Bahçeli’s alliance with Erdogan, MHP voters and party members rose against the leadership. Former Youth Wing Leaders, members of parliament, scholars, civil servants, students and people from many different backgrounds created a civil platform to promote NO campaign from a nationalistic perspective.

Meral Akşener, a woman who acted as Minister of the Interior and Deputy Speaker of the Parliament is leading the rebel nationalists together with many other public nationalist figures. She started her political career within DYP (True Path Party) which is a center-right, economic liberal, social conservative party. She became popular when she rose against the 1997 military memorandum. In 2007, she joined the Nationalist Movement Party and swiftly gained popularity within the party.

Nationalist youth demands change of former negative image of the party and wants a leadership to lead center-right politics and promote secular nationalism within the society. Since AKP has slowly dominated right wing political parties, MHP seems only alternative right-wing party to rise against the AKP government. It seems impossible for left-wing parties such as CHP (Republican Peoples’s Party) and HDP (People’s Democratic Party) to steal votes from AKP. However, according to polls, MHP is the second choice of both absolute majority of AKP and CHP electors. Thus, many of nationalist believe that they might be de uniting force of the country and put an end to the ongoing division among the society. Beside the neo-nationalist winds blowing from west, there are many other internal issues ready to fuel Turkish nationalism such as the failure of AKP during the peace negotiations with PKK, mass immigration from Syria which led 3 million non-Turkish speaking people into country, rising crime rates with immigration and terrorist attacks.

Erdogan is aware of it. After the failed military coup at 15 July 2016, Erdogan fundamentally changed his political discourse and adopted nationalist argument combined with Islamist rhetoric. Besides, he does not hesitate to intervene in the MHP’s internal politics in order to prevent rise of opponent nationalist movement. During the referendum process Erdogan ordered police and local administrators to block meetings of Akşener.

Another nationalist figure Sinan Ogan was attacked by pro-Erdogan supported many times. Despite all the blockage from the government, Akşener brings thousands of nationalists to her meetings. As I witnessed, people saw Akşener as a hope and a mother figure for society. In some regions of Anatolia, “Akşener style haircut” become popular. Once I personally met with a former communist syndicate members who adore Akşener. It is known that many of regular AKP voters are complaining that there is no serious alternative in the right wing to vote for which makes AKP to collect center right votes in every election.

Within the society, usage of secular nationalist symbols such as Runic Turkish Alphabets, Grey Wolf figures are become popular and can easily be spotted in the streets. In popular culture, music bands, films, TV series, comic books are referencing the pre-Islamic Turkish history.

It seems the absolute majority of the MHP electors will vote NO in the referendum which will shape the fate of referendum. In this context, many of Turkish nationalists believe that a referendum victory for No, will be their success. This victory might lead to the resignation of the MHP leadership or creation of a new political party. This new political wave led by secular nationalists might steal center right votes from AKP and can march to government in the near future.