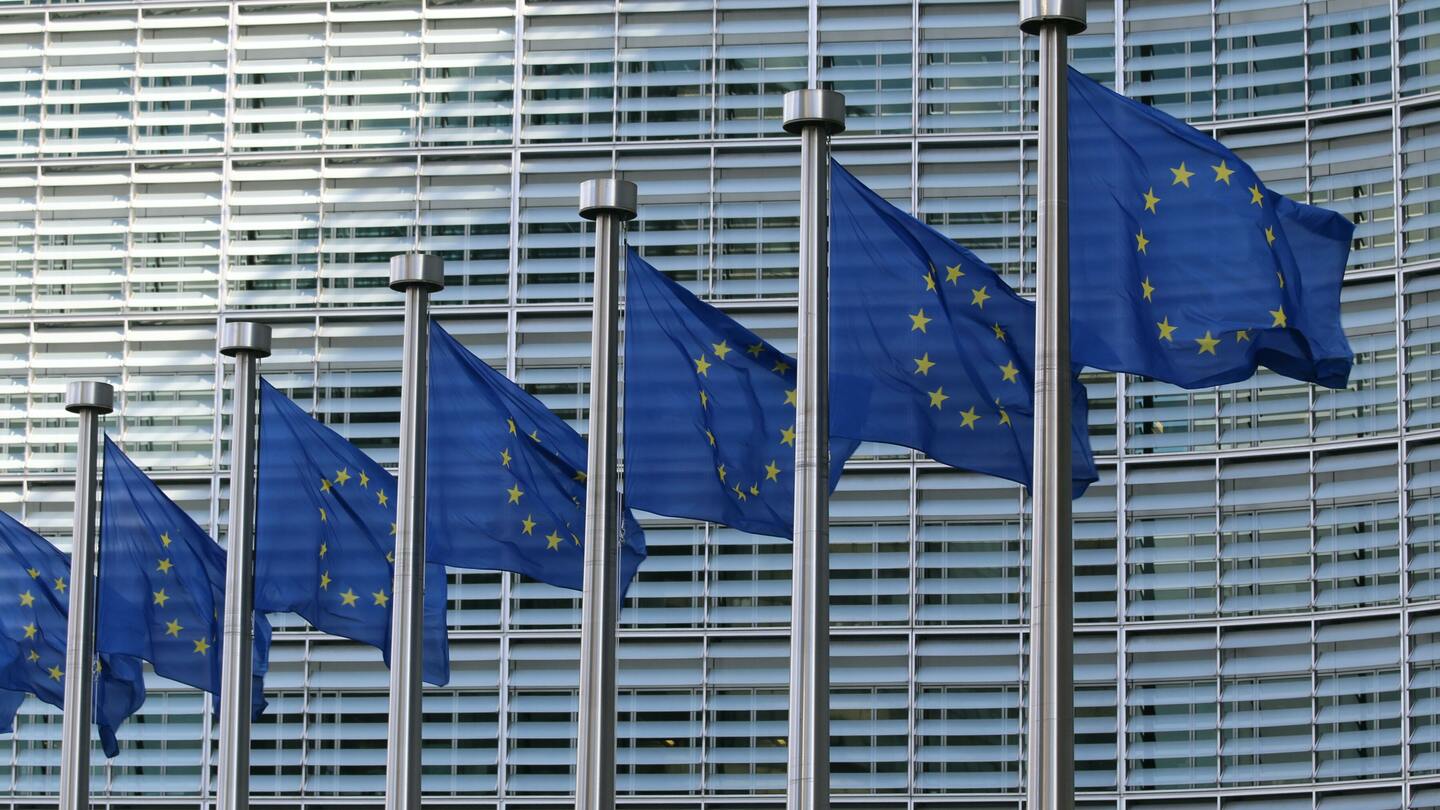 The European Commission proposed a new Pact on Migration and Asylum in September 2020 to restore confidence in the EU's ability to respond to the migration challenges of the last five years. This pact provides a space to demonstrate the leadership of the V4 countries in migration management. The policy paper was produced thanks to the Think Visegrad Non-V4 Fellowship program.

Some of the most recent logjams and controversy in European decision making have been linked to questions about migration. Migration policy and research remain one of the most complex aspects of the EU policy agenda, with migration governance questions at the forefront.

The failure of the EU to respond adequately has created ‘waiting rooms’ on its periphery. The refusal of certain countries to take up asylum claims or to ignore Dublin procedures, has only exacerbated the problem. Violence on the borders of the European Union and at sea have continued to undermine the EU’s legitimacy, with civil society groups calling for more accountability and human rights protection.

In response, the European Commission proposed a New Pact on Migration and Asylum in September 2020. It aims to restore trust in the EU’s ability to respond in joint fashion to migration challenges of the last five years. It calls on member states to agree on legislation by June 2021, reflecting the importance of this issue on the policy agenda.

The EU’s proposal has received criticism for catering to countries that approach migration questions more conservatively - namely Hungary, Slovakia, and Poland. Others have noted it does not take into account proposals made by the Global Compact for Refugees, of which all EU states but Hungary are signatories. They argue this would also allow for more globalized solutions.

However, the Pact is the result of negotiations with each of the EU’s member states. It was drafted with the aim of being more effective in getting member states to move forward on legislation and take key roles in its implementation. It aims to provide EU specific solutions based member states’ preferences, including those of the V4. It represents a willingness to begin to solve the EU’s migration quagmire and that migration policy solutions must be joint endeavors.

There is great potential for V4 countries to demonstrate leadership now. They have undergone intense EU integration processes and have multi-faceted migration policy models. Each of the V4 countries has the opportunity to forward its agenda through the Pact, and their regional perspective brings an added strength to move processes forward.

There is great potential for V4 countries to take a more active role in mainstreaming migration policies now. The ways in which states navigate migration related policies plays an important role in their domestic and EU politics, the economic situation, and the labor market of their respective countries, including security concerns.

This paper provides policy recommendations based on regional cooperation among the V4 based on the EU’s recent Pact as well as the approach of mainstreaming migration. By placing a special emphasis on migration management cooperation with countries that aim at joining the EU in the future as well as addressing migration related challenges within the V4 countries, it envisions the potential of migration policy leadership from the V4 countries in broad terms. Moreover, it recognizes that migration cannot be considered in a vacuum but is rather multi-faceted and multi-dimensional and thus, policy solutions must reflect the same.

Over the last five years, debates about migration policy have only intensified, as countries have seen increased asylum claims and rescue efforts. Countries that border with the EU have been on the frontlines as illegal migration routes by land or sea have developed. The need for migration management amidst the European ‘migration crisis’ has only crystallized.

Countries that aspire to join the EU and are carrying the weight of the migration and refugee crisis even more acutely. For example, Bosnia and Herzegovina and Serbia are becoming overburdened with a diverse migrant population that has nowhere to go and does not want to stay where they are. Repeated reports of violence on the border with Croatia have even resulted in a proposal to create monitoring mechanisms by the EU.

Return decisions are not implemented in full, leaving asylum seekers in limbo and making them more vulnerable to trafficking and smuggling. The migration crisis only exacerbates these countries’ own European integration processes while bringing into focus the level of emigration of its own citizens. Each of the V4 countries has differing levels of securitization of migration amidst its political discourses, ranging from fear, populism, latent Islamophobia, and related anti-migrant sentiment. By engaging more productively on the EU level in terms of migration, both in terms of the new Pact and beyond, the V4 can demonstrate and reaffirm their commitment and clear belonging as part of Europe, while alleviating the aforementioned concerns.

V4 countries face different dynamics in terms of migration. They traditionally accept few refugees and migrants in comparison to countries such as Germany and Sweden. Still, migrant populations from Vietnam, Russia, and the Ukraine are well-integrated and fill important labor needs in countries such as Czechia and Slovakia. Refugees who arrived from former Yugoslavia during the 1990s, albeit not large in number, are considered well-integrated and are not included in anti-migrant discourses. Hungary has a healthy Serbian migrant population resulting from labor needs and historical migration trends.

At the same time, each of the V4 countries faces different emigration trends. Poles leave the country due to labor migration for the United Kingdom or Germany. Migration links between Slovakia and Czechia represent historical trends. Hungary has been attempting to reach out to its population abroad through diaspora governance measures. Mobility within the V4 countries is perhaps most prominent between Poland and Czechia, and Czechia and Slovakia. Each of the countries also has significant populations who live in other EU countries. As transnational labor migration trends continue to develop, there is need to address how best to foster relationships to V4 citizens living abroad, whether through development, rights protection, or increased circular migration opportunities. V4 countries well positioned to lead on migration policy to counter brain drain from the region, a concern they share.

Regional education hubs and joint education programs can foster such opportunities beyond lowskilled migration and incentivize individuals to stay in the region through V4 scholarships, conditioned on staying in the region for a period of five years. With the increase of remote work opportunities in light of the COVID-19 pandemic, there is great potential for fostering remote-work opportunities, particularly in certain sectors such as IT. A regional approach of slowing down brain drain can thus be more effective than national approaches.

The geographic proximity also allows for the development of more circular migration policies, both with non-EU countries such as the Western Balkans or countries of origin in terms of the European migrant crisis. Migration scholarship has long acknowledged the benefit of circular migration policies with third countries to ease illegal migration flows. These help to encourage continued relationships with countries of origin including development while providing needed labor, and minimizing violence and human rights abuses, thus deterring illegal migration. The EU Pact has acknowledged this as a key feature.

This promises to strengthen the V4’s geopolitical position vis-à-vis EU member states on migration and enlargement. It encourages a broad engagement with migration, beyond the current crisis, as part of multi-level policy solutions which are politically palatable domestically, in response to individual migration needs, while being fruitful at the EU level. Moreover, it recognizes non-EU countries on migrant routes as strategic partners in migration management.

For example, implementing additional bilateral agreements with each of the countries of the Western Balkans could lead to more interest for highly skilled migration to the V4 and secure the need for lowskilled migrants (such as in Slovakia). In an effort to alleviate existing emigration trends from the Western Balkans, implementing circular migration policies can provide legal migration paths from countries considered less problematic in terms of generating anti-migrant sentiment, while still benefitting V4 countries’ economic development.

Migrants from the Western Balkans countries and other countries shouldering the brunt of the migration crisis today. Incentivizing these countries’ participation in migration management of the ongoing crisis by formally improving their citizens’ access to social protection presents an effective, low-risk, and low-cost example of policy implementation and supports existing migrant populations in the V4 countries. For example, Czechia already has social security agreements in place with Macedonia, Serbia, and Montenegro. Hungary has a similar bilateral agreement with Serbia.

Migrant registration and reception is one of the most challenging aspects of the ongoing migration crisis, both in the countries in the Western Balkans as well as across the EU. Instances of migrants arriving without documentation only exacerbate this, especially in countries also struggling with a migrant influx. Supporting international organizations’ work is imperative in ensuring that asylum claims are processed as smoothly as possible.

These different, interconnected policy pathways represent a wealth of understanding about migration policy broadly understood and also highlight the potential of the V4 countries to take a leadership role in the EU in steering migration and asylum related policies in light of the new Pact, as well as streamlining migration among the V4 countries and the EU more broadly.

There is less engagement with migration policies in the V4 countries traditionally. Over the last few years however, they have demonstrated regional solidarity, in large part to stem migration, on the European level. The time for demonstrating leadership in migration management is ripe in the V4 right now, with a broader understanding of the multi-faceted nature of migration. The Commission’s recent New Pact on Migration and Asylum opens up the opportunity to explore regional responses. It provides room to demonstrate leadership on migration topics while echoing the Commission’s call for solidarity.

Concretely, the V4 countries can demonstrate their leadership potential by engaging on these topics within the V4 region, on the EU level, with countries of the Western Balkans at the doorstep of the EU, and other third countries generating current varied migration trends. This can only further benefit the V4 countries’ on the EU scale while placing them as key actors in the center of migration and enlargement debates.