Is Poland Following Hungary to the Right? 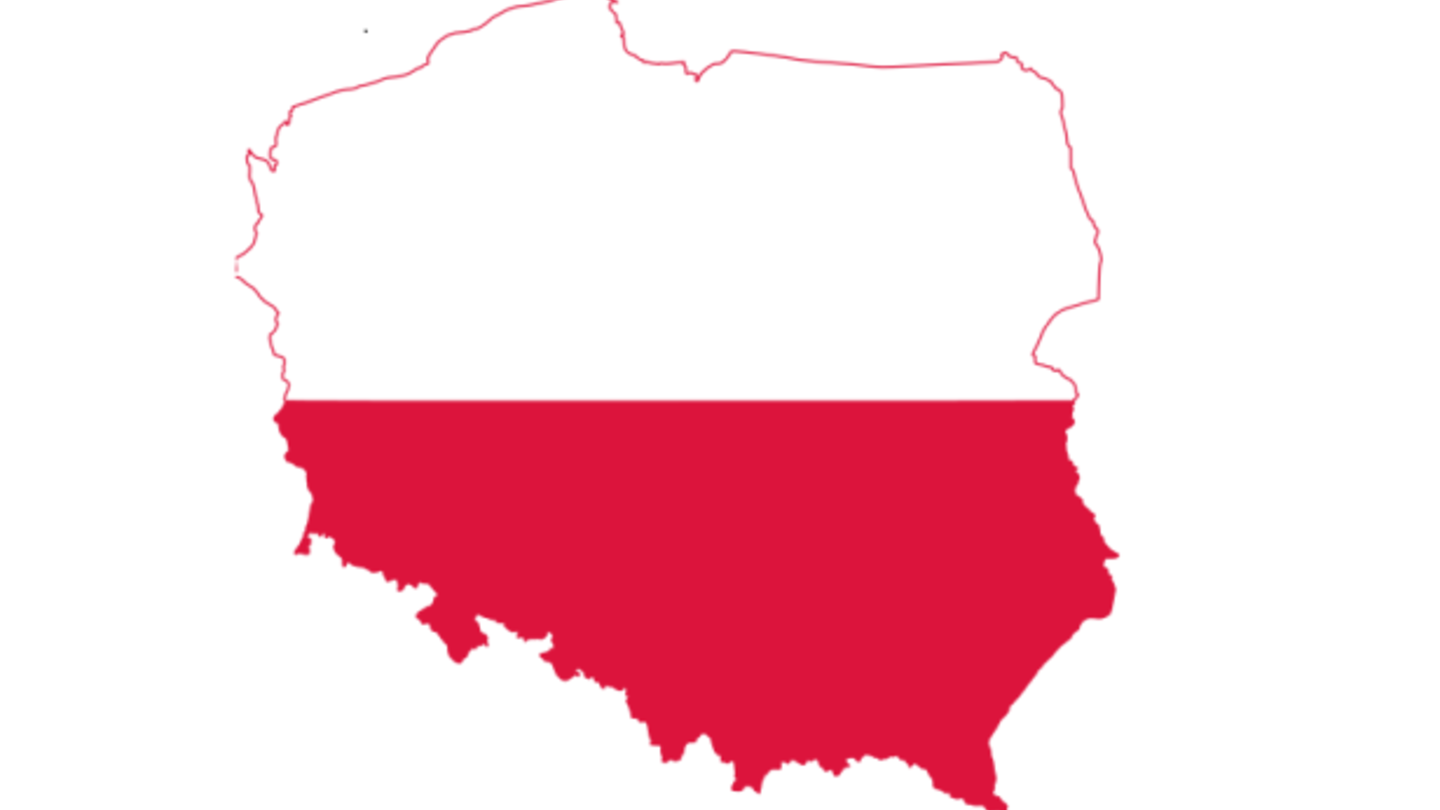 Almost thirty years ago, Poland led Central Europe’s transition from Communism to liberal democratic rule. Its rapid move to democratic governance contrasted with the drawn-out transitions of its neighbors and highlighted its eagerness to distance itself from Russia and become part of the liberal West. Today, it has reversed on its path, following Hungary down a path toward weakened democratic rule, xenophobia, intense nationalism, and the extreme right.

Since the Law and Justice political party (PiS) formed a single-party government in 2015 (the first since 1989), Polish politics have strongly resembled those of Viktor Orbán, who has created an illiberal democracy in Hungary. Poland’s current leadership claims that the 1990s transitional government, led by Polish dissident and the leader of Solidarity, Lech Wałęsa, did not successfully weed out Communism in Poland, and that the political elite had not been replaced. In the name of fulfilling this task, PiS, overseen by its shadowy founder, Jarosław Kaczyński, has increasingly encroached on people’s civil liberties, the rights of minorities in Poland, the freedom of the Polish media, and the security of Polish rule of law. In doing so, it has found support from Orbán and drawn a sharp rebuke from the European Union.

Both PiS and Orbán’s party, Fidesz, thrive on encouraging nationalism and xenophobia among their electorate and promising to keep immigrants out and foreign meddling at bay. Orbán demonstrated this by building a border fence on Hungary’s border with Serbia and Croatia in 2015 to keep refugees and migrants out. He also continually attacks the Hungarian-American philanthropist George Soros, who promotes democracy and free speech, and whom Orbán accuses of being a Western puppet and destroying Hungarian lives.

In Poland, PiS came to power in the midst of the ongoing migration crisis, with refugees fleeing to Europe from countries like Syria and Iraq and economic migrants pouring in through Europe’s southern borders. Most of these refugees and migrants head for Germany, France, and other Western European countries, but this does not quell anti-immigrant sentiment in Central and Eastern Europe. For Central Europe’s predominantly homogenous societies, many of which have only become fully sovereign in the last few decades after centuries of outside rule, it is quite easy for fear of “the other” to take root, and the European Union’s proposed system of quotas to try to spread refugees more evenly across its member states inspires anti-EU sentiment as well.

Poland’s previous centrist government had tried to calm fears and cooperate with the EU, but PiS took the opposite path on the campaign trail leading up to the 2015 elections, citing Islam as a cultural and religious threat to the strongly Catholic Poland. In a speech to Parliament in 2015, Jarosław Kaczyński attacked the centrist government for their lax attitude toward refugees, saying that refugees would not integrate, would impose Sharia law in Poland, and would effectively take away control of Poland from the Poles, which PiS also accuses the EU of doing. In further speeches, Kaczyński accused refugees of spreading dangerous diseases throughout Europe. Despite the fact that none of these accusations are based on facts and reality, many Polish voters, predisposed to distrusting outsiders, took them seriously. As PiS and Poland’s radical right parties encouraged xenophobic fear among the Polish people, the latter increasingly looked to the former for the solution.

Since coming into power, PiS has continued the use of this type of rhetoric, and it has accordingly weakened the independence of the Polish media, attempting to use it to amplify its own message. In an extremely controversial move, PiS passed a bill which transfers the power to appoint senior figures in public radio and television from the National Broadcasting Council to the Treasury Minister. At the same time, current managers and board members were fired.

An independent news media is a crucial element of a well-functioning liberal democracy, and the PiS government is clearly well-aware that a free Polish media would be detrimental to its goals. By curtailing free speech in Poland through effectively taking control of Poland’s media, PiS enables itself to control the dominant narratives in Polish news and present its beliefs as hard facts, which large portions of its electorate will believe, especially with no prominent opposition voice.

As with immigration, Orbán utilizes similar tactics in Hungary. In April 2017, he passed a bill aiming to shut down the Central European University in Budapest, a prominent academic institution whose researchers are well-known opposition voices to Orbán and his followers. He has also shut down opposition newspapers and intimidated news outlets from openly criticizing his government.

Perhaps the most dangerous element of PiS’s leadership is that it has consistently and continuously attacked the rule of law in Poland, pushing through bills that weaken the Constitutional Tribunal and make it easier for PiS to enact its legislation in the future. This is a tactic utilized by Viktor Orbán in Hungary as well, where the Constitutional Court has essentially been rendered ineffective, and Orbán’s 2/3 majority in Parliament has rewritten Hungary’s Constitution and changed Hungary’s electoral system in ways which favor Fidesz and Jobbik, the main radical right party in Hungary.

Poland has not seen such radical change yet, as PiS lacks the 2/3 parliamentary majority needed for constitutional change, but it has enacted laws aimed at significantly weakening Poland’s Constitutional Tribunal. Shortly after coming to power, PiS replaced five of fifteen judges on the Constitutional Tribunal with judges of its own choosing and changed court procedure to make it more difficult to pass rulings. This included a requiring a 2/3 majority to adopt rulings and thirteen of the fifteen judges to be present, forcing the court to cooperate with the five PiS-appointees.

In July 2017, the Polish parliament passed three more bills relating to Polish rule of law. The first bill required all Supreme Court judges to step down, except those kept on by President Andrzej Duda. The second gave government-appointed members of the National Council of the Judiciary effective veto power in the selection of judicial candidates. The third bill reorganized Poland’s local judiciary, gave the justice minister power to select the heads of local courts, and in some cases to influence their decisions. These three bills provoked widespread street demonstrations across Poland, as well as rebukes from the EU and the United States. In a surprising act of defiance, President Andrzej Duda, who had been handpicked for the post by Jarosław Kaczyński, vetoed the first two bills. He signed the third, and in response, the European Commission launched an investigation into the rule of law in Poland, the first time it has done anything of the sort regarding an EU member state.

Poland appears to be at a major turning point. Though PiS is not typically classified as a radical right party, it belongs to the rightmost of mainstream political parties and finds support among similar voters as the radical right. Political scientist Michael Minkenberg writes that a particularity of such right-wing parties in Post-Socialist Central Europe is that their policies are heavily influenced by the extreme radical right, whose parties are not taboo in the same way as in Western Europe and whose followings have significantly grown in recent years. As mainstream right-wing parties compete with the extreme right wing for voters, they adopt the same sort of rhetoric and policies and push the bounds of the mainstream right, which is further enabled by this region’s young, unestablished parties and their ideological fluidity. This has been evident in Hungary for several years, where Jobbik, the popular radical right party, heavily influences the actions and rhetoric used by Orbán’s government. This can now be seen in Poland as well, where PiS is increasingly influenced by a handful of radical right-wing parties whose popular support has only risen over the last several years, especially among voters from rural and industrial areas and the Polish youth.

British historian Timothy Garton Ash notes in an article for The Guardian that PiS’s strategy seems to be to transform the system rapidly and then show a kinder, more pragmatic face. It has run into obstacles along this path, however. If PiS does not continue the radical changes it has undertaken, it risks losing the aforementioned voters to more extreme parties. On the other hand, an ardent popular opposition has developed, which also threatens the stability of PiS’s government. In addition to the July protests over judicial reform, there have been numerous other protests over the past two years, including a women’s protest against proposed restrictive abortion laws, as well as demonstrations organized by KOD, a protest organization created by former Solidarity leaders Lech Wałęsa and Adam Michnik.

Another large obstacle to transforming the system is that PiS does not have the 2/3 majority it needs in Parliament, and there is a limit to how much constitutional change it can enact through new legislation. President Duda’s refusal to sign recent laws in the face of both popular and EU protest further complicates PiS’s plans. As the EU adopts a harsh stance regarding Poland, much harsher than it has in the past regarding Hungary, it remains to be seen if President Duda will continue to respond to pressure and defy Kaczyński, as well as if EU and popular pressure will influence other branches of the Polish government.

Daniela Bouvier-Valenta is a fourth-year student at McGill University studying Political Science and History. She is currently a research assistant intern at the IIR.