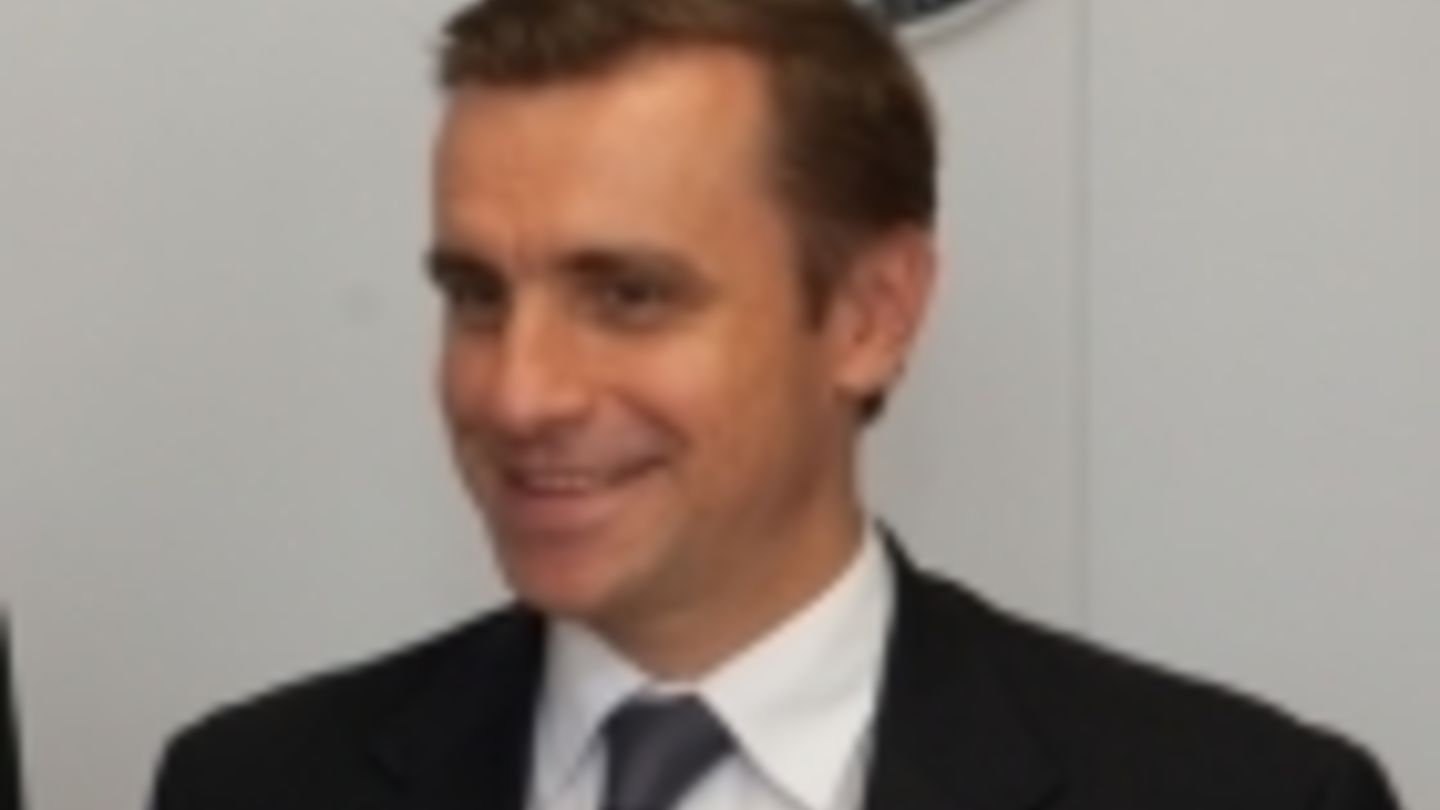 Interview with Kostiantyn Yelisieiev, Ambassador of Ukraine to the European Union

On 17th March the European Union and the USA introduced sanctions against Russia. Do you think these sanctions are sufficient to make Russia change their approach towards Crimea, or should they be stronger?

The area of sanctions is a very sensitive one. We can judge the efficiency of sanctions on the base of one criteria only – whether we manage to force the Russian authorities to stop the violation of international law, to stop their act of aggression against an independent state and to deescalate the situation. Then I can tell if the sanctions were sufficient or not.

The best sanctions against the Russian authorities is generous and urgent support to Ukraine from the western world including from the EU. Not only in terms of political support for which we are very grateful but also in terms of urgent financial and economic assistance.

Another important and efficient sanction against the Russian authorities is to show a united and well coordinated approach from the EU. The EU should talk in a united spirit, to confront the acts of aggression from Russia. As long as Russia feels that there is no unity inside the EU, that there is a hesitation among the EU member states, their position will be strong. It means that Russia could go in its aggression as far as we, Ukraine, the EU, the USA and whole civilised world, allow them to do so.

The scope and the volume of sanctions is the sole responsibility of the EU member states and the USA. That’s why I cannot just evaluate whether they are right or wrong. My main concern is to stop the act of aggression and to deescalate the situation and to force Russia to pull out its troops from the territory of the Republic of Crimea.


Do you think the assistance package for Ukraine which was recently introduced by the European Commission and which is aimed at the country´s economic and financial stabilization might compensate for the losses which Ukraine will most likely suffer from the dispute with Russia?

We count very much on support from the whole international community, particularly from the EU. The EU will help us, as Ukraine will help itself. In this regard, we highly value the recent decision of the Commission to provide Ukraine with an ambitious package of financial assistance. We understand that the EU is not just some kind of wallet that we can simply ask to provide us with cash. In return of this assistance Ukraine needs to demonstrate clear reforms. At the same time I would underline that we need urgent assistance. Even a smaller amount of money provided in a very short time could be more efficient than a huge amount in a certain period of time.

At the same time it is too naïve to think that we can count only on the support from the EU side. The main essence, the core element of support to Ukraine could be and must be the cooperation with the International Monetary Fund (IMF). In this regard we expect that very soon we will conclude an important multibillion deal with the IMF which will pave the way for the assistance from the EU and which will give a clear card and powerful signal to investors from all over the world to invest in Ukraine.


Property of Ukrainian state in Crimea should be, according to Crimea representatives, nationalized, and later become Russian e.g. by selling it to big Russian companies. How will the Ukrainian government react to this, will they ask for some compensation or will they try to stop this process?

Our position is clear enough. We do not recognize the annexation of Crimea. It was, is and will be part of the Ukrainian territory. Proceeding from this, we do not recognize any kind of seizure of property whatsoever. At the same time we are calling upon the Russian Federation to abandon its aggressive imperialistic plans and to withdraw their troops from the territory of Crimea and to pull out the troops of Russian Black Sea fleet to places of their stationing in Crimea. Based on this assumption we are ready to engage in a dialogue with our Russian colleagues with the view to stabilise the political situation in this region.

At the same time we are preparing to defend ourselves, our territorial integrity. Yesterday a comprehensive military mobilisation was declared in Ukraine. But once again our main approach is a political one. We hope to settle the current crisis using only political and diplomatic means.


In the light of these events, do you think Ukraine might federalize within next 1-2 years?

Currently our authorities are trying to reform the country. One of the important elements of the reforms is to give more power to the local authority. It means decentralisation of powers in Ukraine. At the same time the issues related to the national security and territorial integrity always have been and will remain the competence of the central authorities in Kiev.

In order to start this comprehensive and very important decentralisation reform, a special post in the government has been created - the vice prime minister for infrastructure and regional development, who is a kind of focal point and the person mainly responsible for carrying out this reform. The decentralisation will take place with due respect to the European values and principles, with respect for the rights of national minorities and respect for the use of own languages, in particular the Russian language.


On Friday 21st March the political part of the Association Agreement between Ukraine and the EU should be signed. When do you expect signature of the economic and trade accord?

Yes, these days the so called political part of the agreement will be signed. We consider this decision an important political gesture from the EU with the view to politically support Ukraine´s aspiration to move to the part of European integration and to defend its territorial integrity and sovereignty because one of the important facts of the agreement is that the EU recognizes the territorial integrity and availability of the borders of Ukraine.

The other part, namely the deep comprehensive free trade area (DCFTA) part, will be signed later this year. We will try to use the time before signing the DCFTA part to stabilise our financial and economic situation, to conduct appropriate consultations with the EU and to well prepare Ukraine to swiftly and effectively implement the DCFTA provisions of the agreement. We would also like to conduct a comprehensive information campaign, especially in the eastern and southern part of Ukraine, with the view to provide objective information about the benefits of the DCFTA part of the agreement and in order to avoid any kind of misunderstanding.


Moldova is about to sign the Stabilisation and Association Agreement with the EU this summer. Very recently there were also some statements and steps made by representatives of the separatist state Transnistria towards joining their territory to Russia. Do you somehow coordinate with Moldova the foreign policy in respect to the EU?

We are very interested in the success of everybody in the region, not only Moldova but Georgia as well. We are trying to coordinate our efforts. The EU is very involved in this coordination too. We are also working bilaterally, particularly with the Republic of Moldova by helping them through some advice. By the way, yesterday (17.3) the prime minister of Moldova paid a visit to Ukraine to hold bilateral meetings, to obtain first hand information about the situation in Ukraine and to consult on our European agenda issues. Therefore we very much hope that our friendly country will manage to sign the Association Agreement as it was planned in August or September this year. 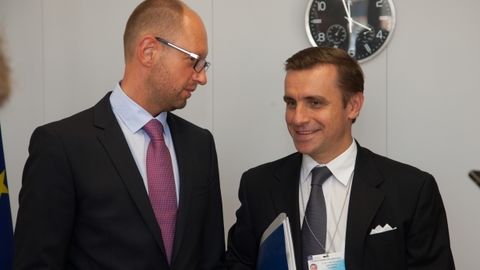