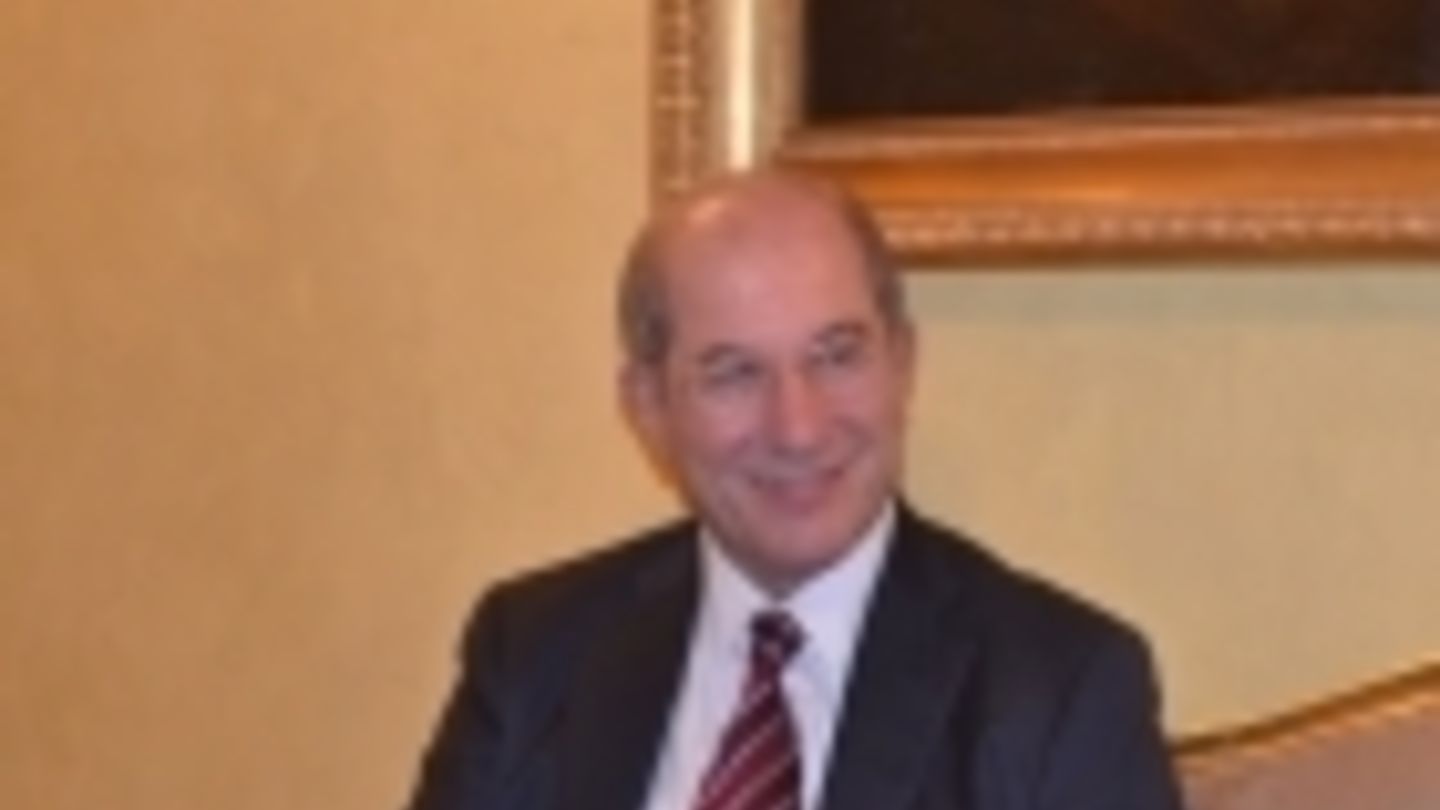 Ahmet Üzümcü has been a Director-General of the Organization for the Prohibition of Chemical Weapons (OPCW) since December 2009. He received a Nobel Peace Prize on behalf of the OPCW in December 2013. During his previous appointments he has represented Turkey at the NATO Council, the Conference on Disarmament, the United Nations and other international organizations in Geneva. He has also served as an Ambassador of Turkey to Israel, and as a Consul in Aleppo, Syria.

You are a career diplomat with extensive experience from various international organizations. Was it difficult for you to come to the rather technical area of international politics that the OPCW represents?

The OPCW is based on a treaty which was negotiated for almost twenty years at the Conference on Disarmament in Geneva and finally it was concluded in 1992. Like other similar organizations, the OPCW has the task to oversee the implementation of the convention, and since the outset, the secretariat of the organization was established in order to monitor the implementation of the convention and assist state parties. It also has a certain capacity to verify the destruction of chemical weapons and the capability to carry out the routine inspections in chemical industrial plants.

It is an organization of a technical nature, and it is specialized in a very limited area. I would say that thanks to the comprehensiveness of the convention, nearly every possibility was foreseen. Of course, there were some unforeseen situations that we had to deal with over the recent period of almost 20 years, but most of the issues were adequately covered.

Did you find it different when you came to the OPCW from your previous work?

Of course, the OPCW is quite different. I worked at NATO for several years, but NATO is an alliance among a certain number of countries, and it has a very specific purpose – to defend the member states against any possible threat. These are like-minded countries, whereas the OPCW is a global organization which brings together 190 state parties at the moment.

So it is quite different and it may be seen as close to the UN system. In certain cases, extensive consultations were required before the achievement of a consensus among states parties. But on the other hand, I personally think that such a procedure is essential. Although it may be hard and time consuming, once you reach a consensus, it is easier to implement it. Everyone will own that particular decision and feel more committed to it. 
The work on destroying chemical weapons in Syria has been a huge success for the OPCW. How do you think it was possible to accomplish this really complex and politically sensitive task and bring it to an end? Are there any lessons learnt that can also be applied elsewhere?

In the case of Syria, the secretariat was preparing for different scenarios. That is why we thought that we should train our experts and prepare them both mentally and physically. We had sent them to safety and security trainings very early, and when we were called for an investigation of alleged use, we were able to deploy them in a very short time. Later on, when we were asked by the Security Council to deploy our team again, we were able to provide a certain number of experts within the next two days. The preparedness and appropriate contingency planning play a big role in such crises.

However, all of this happened in a very extraordinary way, and under demanding circumstances in a conflict zone, so that was the main challenge for all of us. We were not sure whether we would have enough experts who would volunteer to take part the mission because we cannot force them to do so. Fortunately, 60 of them volunteered to go. When they came back, I asked them whether they would be ready to go back and all of them said yes. All this required some time, but I think the mission was successful.

When it comes to Central and East European states, what do you see as their main strengths and weaknesses with regard to their implementation of the CWC?

Slovakia and the Czech Republic possess a high degree of expertise on these matters and provide us with necessary support. I hope that this capacity will be maintained in the coming years because the knowledge retaining is a major challenge for our organization. We have a policy according to which we are not able to employ our experts for more than 7 years. So ensuring the continuity is not always easy. That is why we need the support of countries like the Czech Republic.

How many Czechs and Slovaks are currently working within the OPCW?

I don’t know how many Slovaks are working there. We have three staff officials from the Czech Republic. I was asked by my Czech interlocutors to consider increasing this number, which I am willing to do. Let me take this chance to encourage Czech experts to apply to our vacant positions in the secretariat.

The OPCW is known for its excellent system of science and technology review and the work of its Scientific Advisory Board. What do you see as the main challenges when it comes to the peaceful use of chemistry, and how does the OPCW want to cope with these challenges? How do you introduce the principles of responsible science in practice?

The Scientific Advisory Board is a body composed of 25 experts coming from different member countries to follow the scientific and technological development, which may be relevant to the implementation of the convention. The Scientific Board has done an important job over the past years – they have temporary working groups focused on verification, sampling and analysis, education and outreach and so on. However, their main task is to keep us up to date because the scientific and technological developments are very fast. For instance, the convergence between biology and chemistry has become a major issue. The board activities will become more and more important in the years to come, given the development in this domain or, for example, in nanotechnology.

Responsible science is, in fact, a topic that we have been discussing for the last few years. We have concluded that the current verification mechanism would not be sufficient by itself to prevent the reemergence of the chemical weapons or to prevent the misuse of chemistry. We should work more closely with our stakeholders, including the scientific community, and promote the ethical standards to develop a code of conduct for scientists.

The OPCW cooperates not only with states or international organizations like the UN, but also with the private sector. Could you explain how this cooperation looks in practice?

The chemical industry is an important stakeholder in and an important partner to the OPCW. They have been active from the beginning of the negotiation, and since then, they received a number of inspections. Chemical industry associations were also active in disseminating the necessary knowledge about the implementation of the convention. Therefore, they played an important role, but we want to have an even closer cooperation with them, especially in the field of chemical safety and security.

We have found that global chemical industrial companies have their own resources for coping with the safety management, whereas smaller and medium-size companies do not possess such resources. In collaboration with the chemical associations we want to focus more on this area and help companies, but also states parties, to have such capacities. They are extremely important not only for safety, but also for security purposes, especially if we bear in mind the threat of non-state actors.

How can the OPCW prevent and tackle the problem of chemical terrorism?

Prevention of chemical terrorism is a national responsibility. Many of our member states have sufficient capabilities to prevent this kind of activity, but the OPCW can still provide some capacity building or training to monitor the movements of dubious chemical materials between or inside the countries. For instance, one area that we want to work on is helping our member countries to monitor the supply chains – e.g., where those dubious chemical materials are going and so on.

Some countries do have such control mechanisms, but others don’t, so we want to encourage our states parties which have experience with such control mechanisms to share their best practices with others. The OPCW could be used as a platform for sharing this kind of knowledge and expertise. By working with our state parties, we also help them to have a certain capacity to respond to the use of chemical weapons by non-state actors.

What are your future plans for the OPCW? Are there any specific challenges you would like to focus on? How, concretely, may the cooperation with other non-proliferation regimes look in practice? 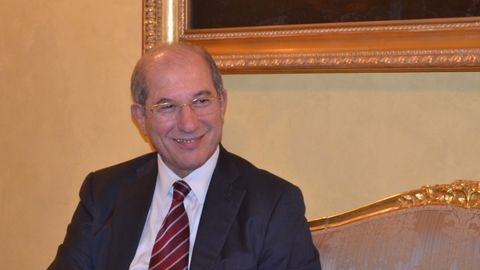