USA choice: Who would be the best for Czech interests 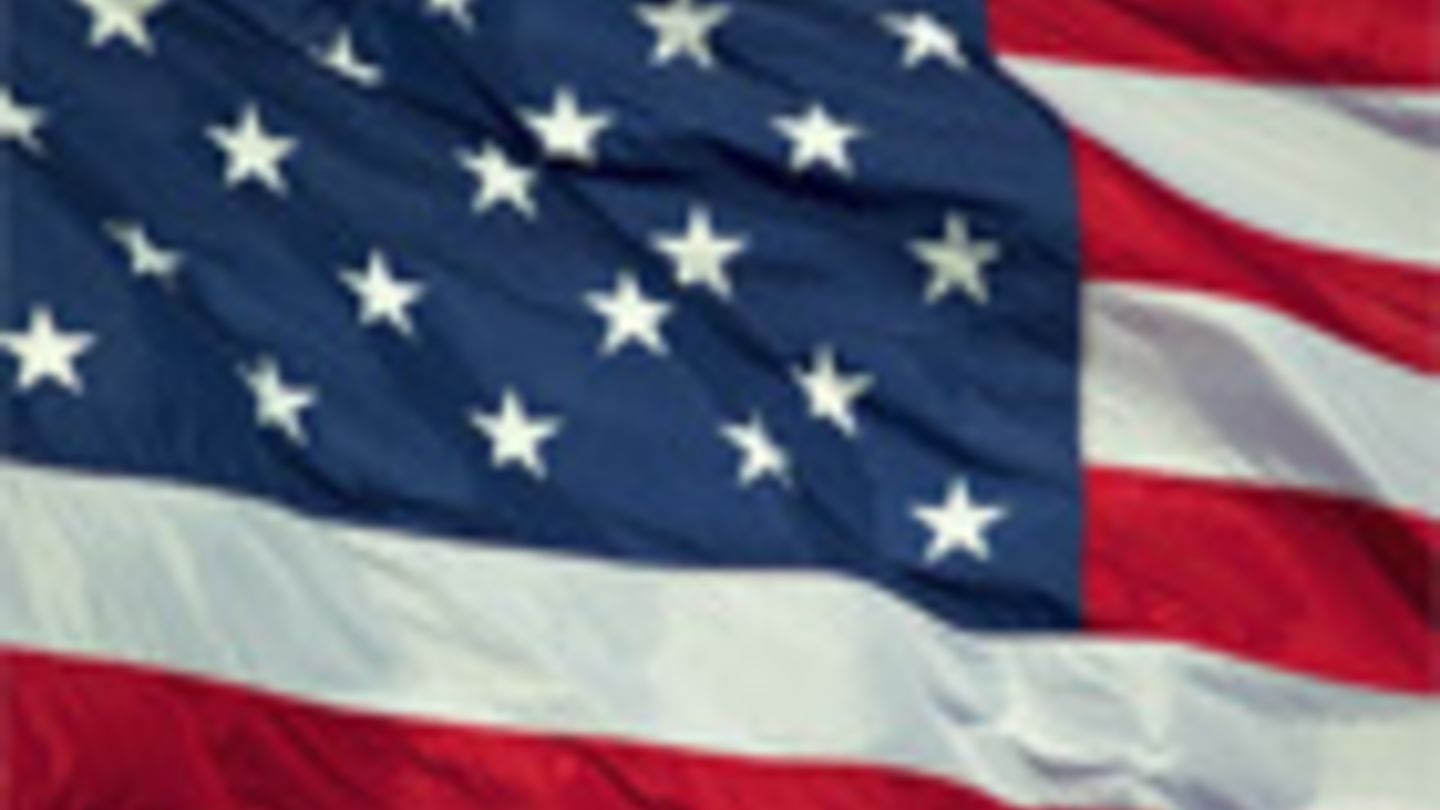 Although U.S. presidential primaries and caucuses are in full swing, Obama´s successor will not be known until November. Yet the pressing question has already emerged: Which presidential candidate advocates for such a foreign policy that would meet the Czech Republic´s defense and security interests? This short essay seeks to answer this crucial question.

First, it is necessary to understand what the Czech Republic´s strategic interests actually are. According to the most recent Security Strategy of the Czech Republic (2015), the United States is described as a key security ally and NATO as the key pillar of a common defense. Therefore, maintaining cohesion and efficacy of NATO is vital for the military strategy of the Czech Republic. The document also recognizes the overall decline of security in Europe´s eastern flank regions and thus the urgency to reinforce its links with NATO and other multilateral security arrangements. Concerns about the tendency of allies to prioritize particular national interests over common security interests are expressed as well.

This could ultimately result in underfunded defense budgets and understaffed American military presence in Europe. Given the fact that the U.S. is the most generous NATO contributor, it makes a great deal of sense that any cuts in American defense budget are not, at least from the Czech Republic´s strategic perspective, desirable. Cognizant of the necessity to protect its airspace, the Czech Republic also values its participation in the NATO Integrative Air Defense System (NATONADS). Finally, the NATO´s nuclear deterrence capability is also deemed essential for the Czech Republic´s defense posture.

To sum up, it is in the Czech Republic´s best interest to keep the U.S. involved in Europe as much as possible. NATO is still seen as the guarantor of European strategic stability in general, and of the Czech Republic´s security in particular. It is also crucial that the U.S. itself recognizes NATO as a vital arrangement for its strategic position. Otherwise the U.S. might be tempted to withdraw from its security commitments in Europe.

There are of course other policies which can significantly affect defense position of the Czech Republic such as American foreign policy towards the Middle East and Northern Africa. Due to lack of space, however, I only analyze presidential candidates´ views on the future of NATO and the American military involvement in European security affairs.

The Obama administration and Europe: The point of departure

Before assessing the candidates´ foreign policy towards Europe, I will briefly discuss the policy record of the Obama administration. In the first period of Obama´s presidency, Europe was considered secure and stable. That recognition led Obama to shift his attention to regions like Asia and Latin America. Even if the president declared the U.S. commitment to NATO in Prague in 2009, the alliance remained unreformed and underfinanced. American military presence in Europe continued to decline and the Eastern European missile defense program, called European Interceptor Site (EIS), was cancelled the same year due to its alleged infeasibility and high costs. Nevertheless, the EIS was swiftly replaced by the Aegis Ballistic Missile Defense System which is an integral part of a NATO missile defense capability.

The Russian agression in Ukraine has politically and strategically reinvigorated NATO and, at least temporarily, strengthened American military deployment in Europe. The Obama administration released plans to quadruple military spending in Central and Eastern Europe and the Pentagon pledged to put additional American forces and heavy weaponry along NATO´s eastern flank. Such policy is, according to the Czech Defense Ministry, in the Czech Republic´s best security interest. But will the next American president follow suit or come with a contradictory foreign policy?

Presidential candidates and their views on transatlantic security relations

Up to this date, only one Republican and two Democratic presidential candidates are still struggling for the presidential nomination: real estate tycoon Donald Trump, Secretary of State Hillary Clinton, and Senator Bernie Sanders of Vermont.

Besides the proposed mercantilist U.S. – China trade reform and the promise to stop immigration to the country by erecting walls, Trump´s campaign website says nothing about his views on transatlantic relations or European security. However, in his interview for the Washington Post in 2016, he expressed dissatisfaction about allies for not contributing enough to protect Europe. Despite his calls for stronger U.S. military, Trump would like to see Germans and Britons to carry more of the burden of NATO responsibilities which would then enable pulling American troops out from the Continent. He also said that the U.S. should not be the policeman of the world and that the U.S. involvement in NATO should diminish in the foreseeable future. Discussing Ukraine, Trump does not see the point of U.S. efforts to solve the crisis. He even admitted that pulling the U.S. out of NATO was possible if the alliance structure would continue to be based on unfair burden-sharing. The remarks on the enormous costs of stationing NATO troops in Europe and alleged American overcommitment around the world indicate Trump´s proclivity towards the isolationist foreign policy.

What distinguishes the Democratic front-runner Hillary Clinton from Republican candidates is her inclination towards engagement and internationalism. Even though she is a co-author of the rebalancing strategy towards Asia, transatlantic relations will remain vital. On her official campaign website, for instance, transatlantic partnership is seen as a unique source of America´s strength and NATO as one of the best security investments the U.S. has ever made. Similarly, she promises to confine and deter Russia aggression by preserving NATO solidarity with Eastern European allies. Based on this record, one would expect the Clinton administration to preserve American involvement in NATO in spite of European reluctance to spend more money on common security. As secretary of state, Clinton supported various transatlantic defense projects such as the ratification of the New START treaty and the signing of a revamp version of the missile defense shield for Central and Eastern Europe. Therefore, it can be expected that Clinton would support NATO´s deterrence capability and missile defense programs if she clinches the office.

Lastly, what sets Bernie Sanders apart from other candidates? Unlike Clinton, Sanders voiced concerns about NATO expansion as it could provoke unnecessary aggression from Russia. Instead of engagement, restrain and multilateralism should frame American foreign policy. Similarly to Trump, Sanders advocates for the reduction of American military presence abroad and he also believes that the U.S. cannot serve as the policeman of the world. The reduction of U.S. military budget should be offset by increasing European defense expenditures. Further cuts should take place in nuclear spending and, in order to diminish the nuclear threat, the U.S ought to ratify the Comprehensible Test Ban Treaty instead. On the backdrop of the Russian aggression in Ukraine, however, Sanders would beef up American troop level to protect Central and Eastern Europe region.

To conclude, each presidential candidate offers a distinct foreign policy toolbox. None of them, however, is without drawbacks. For example, NATO allies would be uncertain about America´s commitments under Trump´s presidency. Would Trump defend the Baltic states in case of Russian aggression? And what would be Trump´s reaction in the absence of any significant accretion in European military spending? Cruz, in contrast, offers bold, yet strategically risky and ideologically imbued policies. Clinton could be criticized for being too “hawkish” and too eager to expand NATO without paying attention to Russia´s response. Sanders´ rather “dovish” approach could prove to be toothless when Europeans were to face an imminent security challenge.

Nevertheless, it seems that Clinton´s pro-NATO and pro-allies views would foster Czech Republic´s strategic interests. Her claims fit into the Czech Republic´s strategic framework since NATO would remain a cornerstone of transatlantic security and the U.S. security commitments would probably persist in the years to come. And in contrast to Trump, Clinton offers less populist and more pragmatic approach to foreign policy.

Luboš Fendrych is a PhD. candidate in Global Studies at the University of Massachusetts, Lowell. His research interests are international security, geopolitics, military, and American politics.

Council of the European Union (2009). European Security Strategy: A Secure Europe in a Better World. Retrieved from file:///C:/Users/Lubos/Downloads/QC7809568ENC%20(1).pdf

Oreskes, B. (2016). 5 things you must know about Ted Cruz. Politico. Retrieved from http://www.politico.eu/article/5-things-europeans-should-know-about-ted-cruz/