The Institute of International Relations would like to cordially invite you to a seminar with Dr. Shirin Akiner. During the seminar, one of the key thorny issues of the foreign policies of most Western countries concerning the question what stand to take toward the so called problematic regimes will be discussed. What attitude to adopt and pursue toward countries who are on one hand not fully compatible with the western perception of a „good regime“ but on the other hand represent an important actor of international system for whatever reason (variously such group of problematic regimes would consist of North Korea, Uzbekistan, Azerbaidjan, Cuba, Iran, Russia, China and others).

Notice: The seminar will be hold under the Chatham House Rule.

Dr. Shirin Akiner has long firsthand experience of Central Asia and has written and lectured widely on the region. In 2006 she was awarded the Sir Percy Sykes Memorial Medal by the Royal Society for Asian Affairs, and in 2008 was awarded Honorary Fellowship of the Ancien Association of the NATO Defense College. In 2013, she received the International Chingiz Aitmatov Award. She has held research and teaching posts at the University of London (School of Oriental and African Studies and University College); and visiting professorships at European and U.S. universities. She has presented numerous papers at international confer- ences and high-level seminars in leading think tanks, international organizations and universities in some 20 countries. Her publications include seven monographs and over 75 scholarly articles on such topics as Islam, ethnicity, political change and security in Central Asia. Her work has been translated into 10 languages (French, German, Spanish, Arabic, Persian, Turkish, Kazakh, Russian, Turkmen and Chinese). She is the founder and general editor of the long-running Routledge book series “Central Asia Research Forum,” and was Rapporteur to the UNESCO project “Integral Study of the Silk Roads” (1988-97). 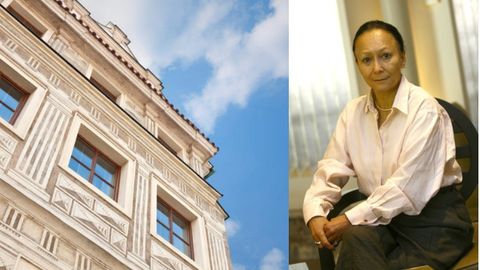