Attack on the CEU in Hungary - An invalid law, or even criminal one?

In 2014, Hungarian prime minister Viktor Orbán has declared to build an “illiberal state” in Hungary, while constantly referring to leaders like Vladimir Putin in Russia or Recep Tayyip Erdogan in Turkey as examples. This has been seen by many as a gradual march toward authoritarianism. While this – and many other policies – have been heavily criticized by many ever since, these have gained a new momentum with the prime minister and his circles turning against the Central European University.

This new International Law Reflection brings new perspective on the law, which is being passed to prevent the Central European University from continuing with its research. Mr. Lattmann brings new insights into the conversation about the legality of the law itself and provides hope for academic freedom in today's tough times. Read the full reflection here. The Institute of International Relations along with other prestigious institutions support the efforts of Central European University in maintaning academic freedom. 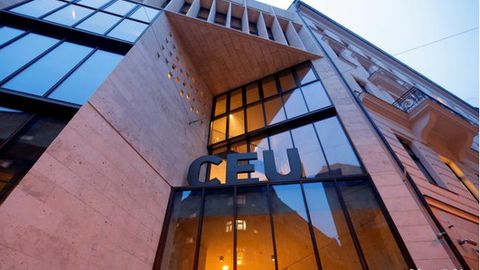