Want to dig deeper into the study of Central Europe? Join us for a foreign policy workshop where we unpack the study of the Czech Republic, V4 and more.

The foreign policies of the Central European states have recently increasingly come under the spotlight. Countries that in the past 25 years often built their foreign policy identity on promoting democracy in third countries, have themselves become a target of criticism for their autocratic tendencies and disrespect for democratic values.

The migration crisis and some of their domestic political decisions have put these states at odds with the EU. While the thesis of the recent illiberal turn in Central Europe represents one of the main frames through which the region is interpreted in the public media both in the region itself and in Western Europe, this workshop aims to investigate the recent change in Central Europe more deeply and go beyond simplistic culturalist explanations. It seeks to grasp the recent political developments theoretically and explore what they can tell us about foreign policy strategies of the states in the region, the actors who form them, and the ideological backgrounds they are based on.

Approaching these issues mainly, but not exclusively, from the viewpoint of foreign policy analysis (FPA), the workshop aims to contribute to the theorisation of the link between the transformation of domestic politics and foreign policy, as well as to the debates on the tensions between the FPA theoretical assumptions and local particularities of Central Europe. We understand the region in broader terms and encourage contributors not to limit their papers to the V4 definition of Central Europe.

Held within the framework of the International Symposium “Czech Foreign Policy”, the workshop aims to be an academic counterpart to the policy- and politics-oriented discussions in the main fora of the symposium.

Seeking both empirical and theoretical contributions, which could potentially be included in the upcoming Special Issue of Mezinárodní vztahy / Czech Journal of International Relations, the workshop is mainly (but not solely) interested in papers which would explore the following issues:

The deadline for the submission of abstracts (max. 250 words) is May 20, 2018. If interested, please send your abstract to daniel@iir.cz. 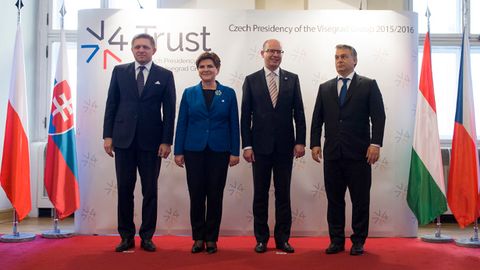