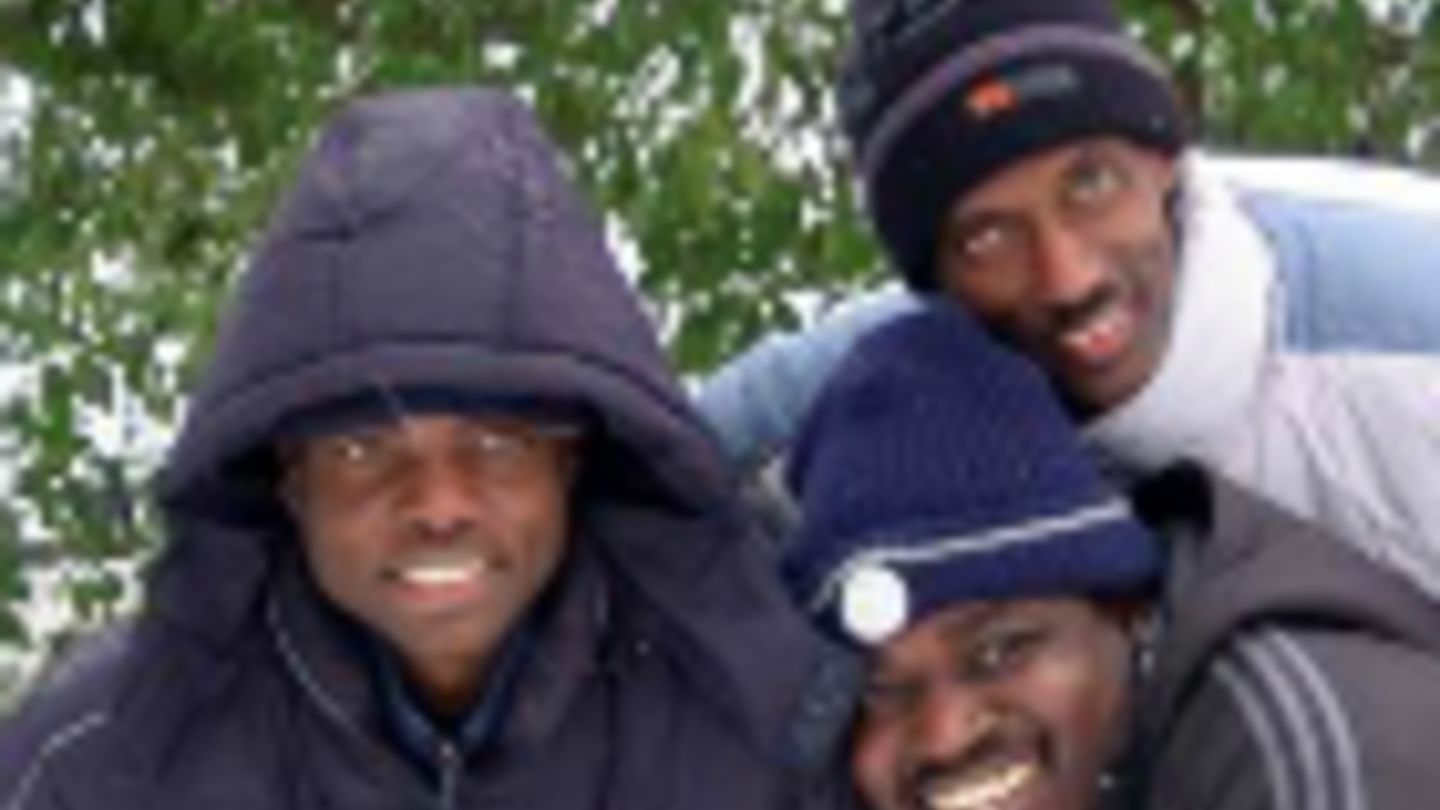 Education cooperation between Africa and the People’s Republic of China (hereinafter the PRC/ China) could be dated to as early as the 1950s. As China is well on its way to becoming a leading world power, its role as an aid donor has been increasingly proactive. How exactly has China contributed to education in Africa? Why would China commit millions to such projects, given their insignificant economic return?

There have been accusations of Beijing’s attempt to colonise Africa. Is China wielding its soft power, particularly with education aid, to take over Africa? This article will seek to address the above questions. China’s contribution to Africa in the field of education

According to official figures, China has established diplomatic relations with 50 African countries. Considering the relatively short history of the PRC, which just celebrated the 65th anniversary of its founding, its relations with Africa in general are quite impressive. It has become one of Africa’s major aid donors or, as China would like to put it, a brother and a friend. Indeed, China’s strong economic power has led to closer economic relations with Africa. It is however worth noting that the partnership is not confined to economic cooperation. Cultural cooperation, educational included, has been on the diplomatic agenda for decades.

The United Nations (UN) has been keen on promoting Education for All, an initiative targeting impoverished regions including Africa. It is a movement characterised by its global scope, originating at the World Education Forum in the new millennium. Progress has been slow but promising in Africa, according to the UN’s own evaluation. Interestingly, China as a permanent member of the UN does not seem to be as enthusiastic about the initiative. Rather, it is practising its own version of educational engagement in Africa.

There is no major milestone in education cooperation between China and Africa, but scholars have attempted to analyse such relations in successive phases. The beginning of such relations could be traced back to the 1950s, as the PRC strived to establish diplomatic relations and secure its sustainability as a republic. The educational aid to Africa at the time was only modest and of limited forms such as the provision of scholarships and personnel support.

The time marker of the next phase was more ambiguous. There were several significant events in modern Chinese history that led to temporary disruptions and improvement in Sino-African cooperation in education. The Cultural Revolution in the 1960s brought unrest to the country, stifling its diplomatic development and hence educational engagement in Africa. However, the late 1970s saw the economic revival thanks to Deng Xiaoping’s reforms characterised by the open door policy. In 1989 the ruthless suppression of the Tiananmen Square protests was met with strong condemnation from the West, but not from African countries. Africa thus became an even more important ally to China, which led to a surge of educational cooperation such as student exchanges.

The cooperation entered a new phase as the first Forum on China-Africa Cooperation (FOCAC) took place in 2000. Since then 5 ministerial conferences have been held alternatively in China and Africa, and the sixth will be held in South Africa this year. Although the first conference seemed to emphasize only economic and political ties, it laid the foundation stone for educational cooperation. In the fifth conference in 2012, an agreement established that “more importance [would be attached] to cooperation in education”.

Why the commitment from China?

The obvious answer is that such cooperation is in China’s interests. If China could be so honest as to admit that diplomacy primarily serves the economy, as suggested by the Foreign Minister in 2009, the answer should not come as a surprise. Inevitably there is often a hidden agenda behind the offer of ‘unconditional’ aid to Africa, as educational cooperation is often intertwined with economic cooperation. For example, Chinese businesses would be granted privileges in Africa as a result of the provision of aid. It might explain why China prefers the term cooperation in official documents. While the term aid denotes only giving, cooperation suggests a win-win situation.

Despite its remarkable economic growth, China has been reluctant to be labelled as a developed country. In China’s defense, it has had its own share of problems in educational development. The wealth gap between urban and rural China has been widening, and such income inequality only gives rise to educational inequality. However, these domestic issues are not stopping China from pledging aid. According to AidData, a database containing aid information, at present there are at least 86 recorded educational aid projects from China to Africa.

It is interesting how China wishes to be set apart from the traditional donors from the Organisation for Economic Co-operation and Development (OECD). Unlike the OECD donors, China would never bind human rights clauses in its aid. Its indifference towards democracy aside, China has been rather consistent in its internal and foreign affairs. It has vowed to uphold the non-interference principle in Africa; in other words, China would neither encourage nor discourage African democracy. This is probably the reason why many African countries, especially those of authoritarian regimes, welcome aid from China.

As China aligns its internal affairs with foreign affairs and apply the non-interference principle thoroughly, it would not be accused of having double standards over its policies. By extending such a principle to Africa, educational aid is only a small price to pay in exchange for political support. A recent example is Hong Kong’s Umbrella Movement in late 2014, as Beijing reneged on its promise to grant Hong Kong universal suffrage. China dismissed Britain’s request for an inquiry and urged the former colonial power to respect the non-interference principle in China. While the West voiced support for the democracy protests, there was only silence from African countries.

A case study of China’s educational aid in Cameroon seems to confirm the political motives suggested above. Many African countries find China’s deliberate lack of involvement in their internal affairs convenient. Although the UN is urging China to improve the transparency of aid, the lack of it might well serve China’s interests. Corruption is indeed common in Africa, and the near absence of public access to data about aid would only encourage it. In the end, the resources may not even reach the needy. But if China is concerned about the effectiveness of aid, it would have asked the African governments for transparency. The fact that China does not require such transparency may have revealed its true intentions.

Is China amassing soft power through education aid to Africa?

An obvious yes, but its goal may be more superficial than the West imagines. China has been placed under scrutiny for shaking hands with African leaders and making significant investment in Africa. The current Foreign Minister Wang Yi and his predecessors repeatedly reassured the Africans that China would not walk the path of Western colonists, despite international scepticism. Given China’s track record on keeping its promises, as demonstrated by the Hong Kong example above, one should indeed be sceptical. However, China may actually keep its word in this case. The Chinese value their economic development above almost all else, except its international image.

It is no coincidence that educational cooperation always comes with high-level visits or programmatic events such as the FOCAC. The case study of China’s educational aid in Cameroon may give a glimpse of how positive outcomes are delivered: “…we received a project for the construction of a single primary school as a result of the visit of the Cameroonian president to China…the Chinese president visited Cameroon, and we received two primary schools.” China practically offers the aid as gifts, as if it would be impolite to receive a guest or make a visit empty-handed. The same case study also reveals frustration from local officials in Cameroon, who questioned China’s sincerity. According to the officials, the Chinese would approach them to offer aid only for major political events. A Chinese term for such engagement is mianzi gongcheng (‘image projects’), and it was meant for show.

It is not that China should be condemned for being pragmatic. After all, the PRC is only 65 years old and desperate to showcase its status as a world power. As a matter of fact China is not the only player in the game. The 475 Confucius Institutes around the world – 40 in 28 African countries – highlight the worldwide demand for Chinese learning, which includes both the language and the culture. Professor Kenneth King, a specialist in the politics of education and African studies, also believes that the term ‘soft power’ does not “do justice to the demand side”. Again, perhaps it is important to recognise China’s emphasis on educational cooperation rather than aid. China has made clear that it is for mutual benefits. The Chinese would not want to ‘colonise’ Africa, because compared to losing a political ally, losing face would hurt them even more.

Jane Ho, a Research Assistant at the Institute of International Relations Prague and a recent graduate of The Chinese University of Hong Kong.

Nordtveit, B. H. (2011). An emerging donor in education and development: A case study of China in Cameroon. International Journal of Educational Development, 31(2), 99-108. 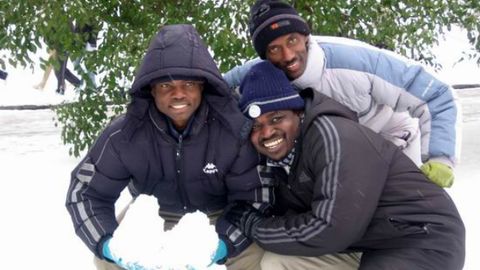