Feelings of a ‘human bomb’: Psychology of Suicide Missions 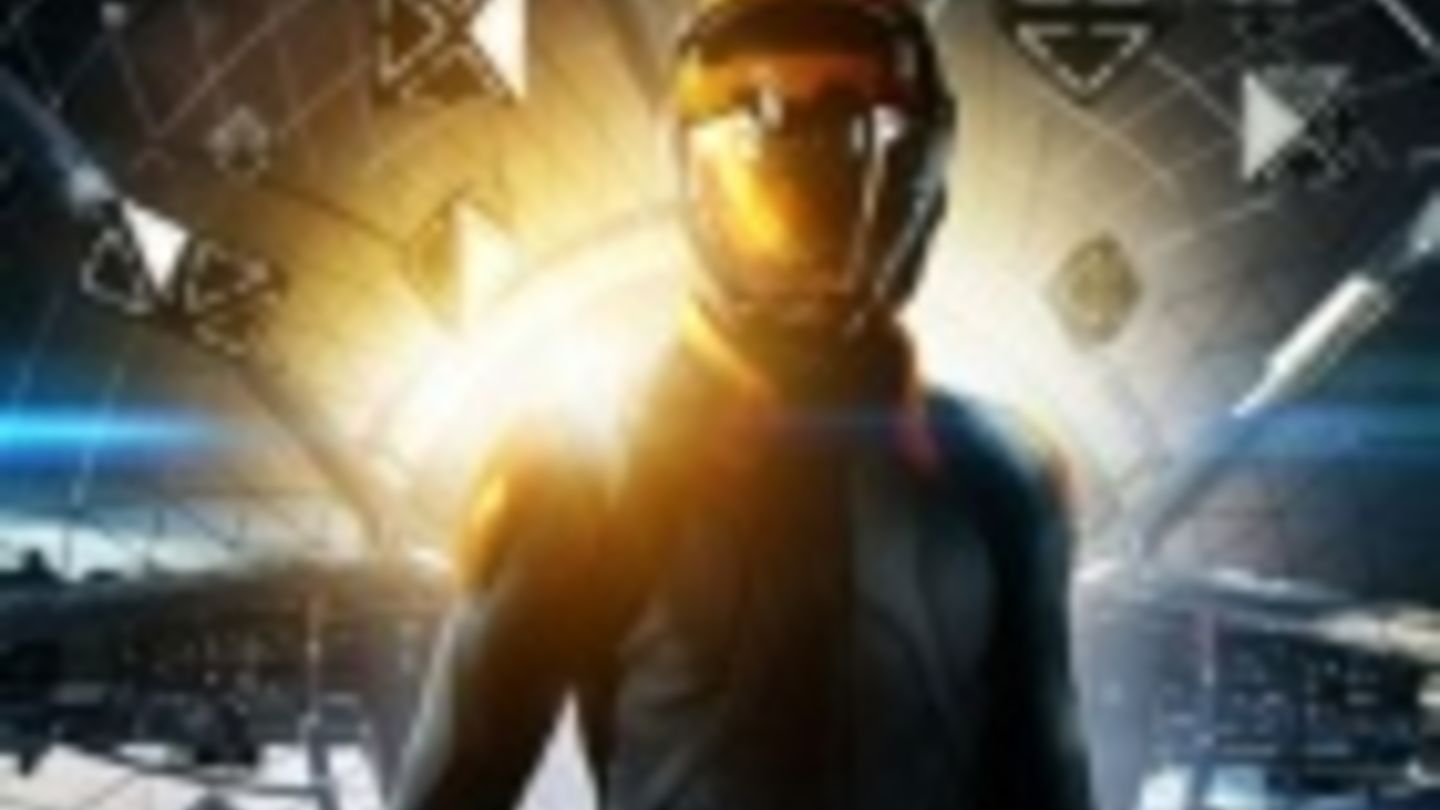 Since the collapse of the World Trade Center in September 2001, suicide terrorism has become an increasingly addressed phenomenon in the West. Most recently, the Old Continent has experienced a proliferation of terrorist attacks and suicide missions on its soil, which resulted in a heated public and academic debate about the nature of these attacks and the appropriate means of response. The problem is that the Western culture, which traditionally ascribes the notion of suicide to social pariahs, finds it fundamentally difficult to make sense of what can drive a person to become a ‘human bomb’. Therefore, despite all the attention, suicide missions have been so far surrounded by many misconceptions.

World leaders dehumanize the perpetrators by labelling them as ‘inhuman’ (Bohuslav Sobotka on Brussels attacks, Angela Merkel on Manchester attack), ‘bestial’ (Prince Charles on Paris attacks), ‘barbaric’ (Sadiq Khan on London attacks), or by referring to them as ‘monsters’ and ‘evil losers’ (Donald Trump on Manchester attack). Although the academic body highlighted that this picture is not an accurate portrayal of the majority of individuals who engage in such political violence as they hardly ever project psychopathological tendencies per se, the majority of scholars use an explanation rooted in an economic rationale which strips the emotion loaded act into a cost-benefit calculation. The following passages take a different route of exploring the motivators that lead an individual to carry out such an extraordinary act. Based on testimonies given by witnesses, failed bombers and family members of those who succeeded in delivering a suicide attack, this article brings out the usually overlooked emotional nature of the act.

De-mystifying the Idea of Suicide Mission

First of all, it is important to dismiss the notion that suicide missions are modern phenomena exclusively associated with Salafi movements. Defined as an attack whose success is dependent upon the death of the perpetrator, suicide missions can be found in most cultures across the globe. Japanese kamikaze fighters, who based their determination in the traditional Bushido morale, are a popular example. However, not so acknowledged is the fact the first mention of a suicide mission can be found in the Old Testament. One of the biblical stories tells the tale of Samson who with a God-given physical strength, pushed down a temple where his abductors gathered to celebrate his captivity. The scripture notes: ‘Samson said, “Let me die with the Philistines!” (…) He killed many more when he died than while he lived.’ Furthermore, God celebrated his act for it was because of Samson’s ‘suicide mission’, which brought death to thousands of Philistines, that Israelites were freed from their rule.

Moreover, the medieval chivalrous epics reveal glorified tales of going into battles with an assured death (e.g. the Song of Roland or the Anglo-Saxon poem on the Battle of Maldon). In addition to the political self-immolation represented by protest self-burning in the former Eastern bloc or hunger strikes by IRA members and members of Die Rote Armee Fraktion in the 1970s, the idea of a suicide mission might not be so foreign to the Western audience as is often presented.

Another widespread and inaccurate trend is to associate suicide terrorism solely with sadistic or suicidal individuals. Although terrorist organizations do not always decide whether a person is going to commit a suicide attack, when it happens, the recruitment process specifically rules out individuals with distorted mental self-image or psychopathological tendencies. Their reactions are unpredictable and there is a higher chance of them failing the mission or disobeying the plan. Hence, in case there is a clinically mentally disturbed perpetrator (as in the case of the Westminster attack of March 2017), the likelihood is that the individual operated as a ‘lone wolf’ rather than being directed by a terrorist organization itself.

The Emotional Rationale of Suicide Terrorism

Following the tradition of the rational-choice theory in social sciences, scholars believe that suicide attackers are agents who choose the best means to realize stable desires based on their achieved and evaluated information. The ‘desire’ is ‘to kill as many enemy civilians or soldiers as possible’, and ‘the best means’ signify the classical cost-benefit calculation: something accessible, inexpensive, and requiring as little special skills as possible. However, the fundamentally economic calculation hardly explains the precise motives leading the actor to these contemplations. The analysis of testimonies given by captured aspiring suicide bombers or relatives of those who perished reveals a different picture; neither of them lists any practicalities as a driving factor. Instead, religious reasons, the pursuit of heroism/martyrdom, nationalistic demands, and personal tragedies come to light.

Reflecting on Saeed Hotari’s self-detonation outside a discotheque in Tel Aviv, his father stated: ‘My son wasn’t a radical person, he was radicalized by the anger, by the humiliation.’ When explaining what brought her to wear a suicide belt, which she failed to detonate in Israel, Arin Ahmed testified that her main reason was to avenge the death of her boyfriend who was killed by Israelis. ‘I was very hurt and angry’, she said.

On another note, Svetlana Gubareva, a survivor of Dubravka terrorist attack during which she held conversations with some of the female terrorists, stated that Chechen women who would overwhelmingly engage in suicide missions, ‘were driven to it by desperation’ caused by a tragic loss of family members and homes. The fact that they called themselves ‘Black Widows’ also points to the symbolic element of revenge driven by grief, which converted into anger. Similarly, for a Tamil Tigresse Dhuna, who blew herself up next to Rajiv Gandhi, the driving factor was arguably revenge and humiliation; she was gang-raped by Indian soldiers when they looted her home and killed her five brothers. Carrying out a suicide attack may be conceived as a way to overcome the sense of humiliation, shame, injustice, and to achieve honor, respect, and redemption – all highly emotional themes.

The majority of the academic body simply discharges these motivations as being too ‘ephemeral in nature’ to be studied closely. However, as the recent neuroscientific findings suggest, human behavior cannot be fully understood without emotions. In his empirical analysis of people who had, for various reasons, a partially damaged amygdala (the emotional center of the brain) a neuroscientist Antonio Damasio revealed that a ‘rational’ decision could not be made without an emotive appraisal. In other words, emotions color cognitive processes and as a result, constitute a significant part of human behavior. Hence, though ‘ephemeral’ in nature and problematic to empirically observe, exploring the emotions, which contribute to decisions to carry out a suicide mission, might offer a more accurate explanation of the phenomenon.

The prevalent assumption that suicide bombers are either completely irrational or cold-bloodedly rational is reflected in the way global leaders respond to the attacks. Most politicians have tried to counter suicide terrorism by increasing security measures. What this policy leads to was most recently illustrated in May this year, when the UK’s government decided to raise the terrorism threat level from ‘severe’ to ‘critical’ following the Manchester attack. Few days after the measure dropped to its usual ‘severe’ again, the London attacks took place. Effectively, increased security makes little difference. If a person is willing to forgo his/her own life, no threats will stop that individual from carrying out the act. On the contrary, psychological knowledge suggests that it might strengthen his/her determination. On a different note, discovering the terrorist webs and cutting them off the resources might prove useful in the organized sector of terrorism, however, in no way prevents a lone attacker from delivering a terrorist attack.

Incorporating the emotive factor into the counterterrorism efforts has the potential to increase its efficiency. Not only that it could help explain the reasons behind the perpetrator’s rationale, it could also help set the direction of the accurate response to suicide terrorism. A more organized targeting of potential attackers based on psychological profiles, or increased limitation of the spread of digital propaganda, which remains the most effective recruiter of terrorists in the West, is only one of many possibilities that would be available had the emotional debate re-emerged from the ‘irrational’ side-line.

Markéta Bajgerová is a Research Assistant / Intern at Institute of International Relations Prague.

Moghadam, A. (2008). The Globalization of Martyrdom: Al Qaeda, Salafi Jihad, and the Diffusion of Suicide Attacks. Baltimore: The Johns Hopkins University Press.