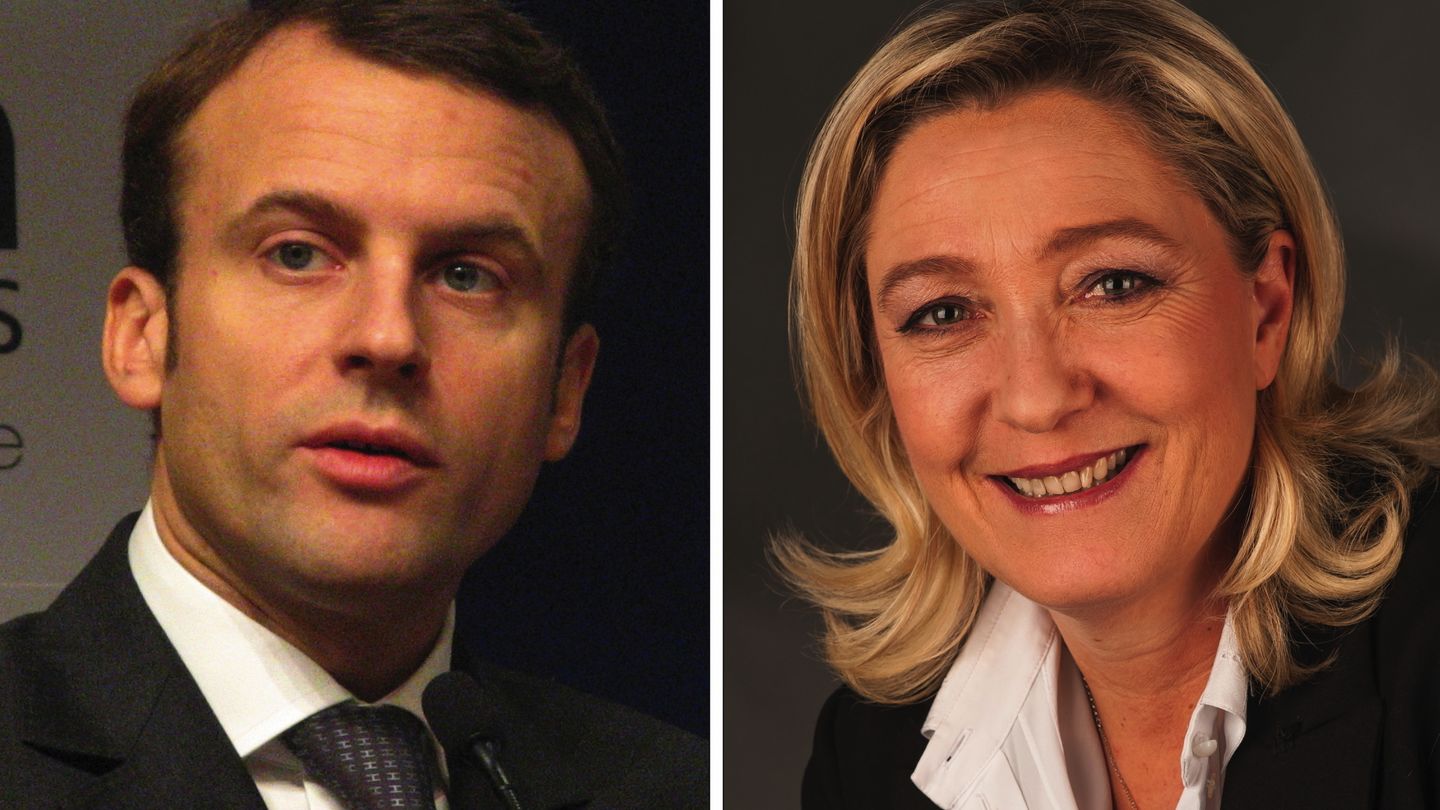 With the accession of Emmanuel Macron and Marine Le Pen to the second round of the French Presidential elections, France experiences for the first time a blindness relatively to its political future. Everything opposes the two candidates, both in their personality and in their programs. The context in which this election takes place and the current electoral campaign could influence the outcome in a great extent. And upon the French people’s upcoming choice could rely a renewed definition of the European and International Relations. It all started with the withdrawal of François Hollande. Unprecedently in the history of the French regime, the outgoing president is not running for its own-re-election. For the first time, each of the ‘governing’ parties – The Republicans (LR) and the Socialist Party (PS) had to designate a candidate. In times when French democracy suffers from a lack of representativeness, both parties chose through open primaries François Fillon, former N. Sarkozy’s Prime Minister, and Benoit Hamon, dissident member of the Hollande government in 2014.

An uncommon campaign hence officially started. The first round of the elections was the political arena of eleven candidates, among whom four favorites each attributed with around 20 % of vote intentions. At the conclusion of a dense, complicated, surprising, and sometimes vicious electoral campaign, were finally chosen to access the second round, on 23 April, Emmanuel Macron, the center-left, liberal, Europeanist candidate, and Marine Le Pen, his far-right, nationalist and independentist contender.

Unprecedented first round results with an atmosphere of déja-vu

Emmanuel Macron ends first of this round with a final score of 24,01 per cent. The self-declared ‘above right-left divisions’, barely known a year ago, enjoys the results of a rocketed popularity forged thanks to ‘Obamian’ methods and rhetoric. Not so quite surprisingly, Marine Le Pen ends second (21,30 per cent, more than 1,5 points ahead of the ranked third and four F. Fillon and J.L Mélanchon, 15 points ahead of B. Hamon). Despite a campaign undermined by fictitious employments legal cases, the President of the Front National (FN) still repeats the 2002 scenario, when her father, Jean-Marie Le Pen, founder of the party, attained the second turn. Every policy proposals distinguishes one contenders from the other; yet, both claim their antiestablishment roots, aspiring to embody the renewal of French politics.

The results demonstrated clear geographical division. West and North have endorsed Macron whereas East and South have supported Le Pen. The contrast between rural and urban votes reminds the US Presidential elections, were Hillary Clinton was given winner by polls – but defeated by the countryside. These divisions seem to illustrate well Kriesi et. al. (2008) theory, who distinguishes ‘winners’ and ‘losers’ of globalization. This duality, based on divergent effects of economic and cultural competition on the population, is said to create a political division between those who are dependent from national boundaries to be protected and those who are not.

The former constitutes what Marine Le Pen designates as ‘the forgotten France’, targets of campaign which sustained the anti-immigration feeling (enhanced by the permanent threat of Islamic State terrorism). Globalization also creates a political competition between nation-states in one hand, and supra or international political actors in another. Individuals both materially dependent from nation-state social action perceive the weakening of national norms as a threat. This feeling has particularly been put forward in French elections. Candidates rejecting values associated to globalization – liberalism, finance but also Europe – cumulated scores representing around 50 % of the French voters.

Supplemented by a rise in far-right nationalism and populism in Europe which accentuates her ideological legitimacy, the success of Marine Le Pen can also be explained by an effective ‘de-diabolization’ communication strategy. "We have achieved a considerable number of ideological victories," Marine Le Pen declared in 2012 – a fact confirmed by the unexpected lethargy that followed the night of 23 April. In 2002, J. M. Le Pen accession to the second turn rose great opposition among the French population: around 500 000 people demonstrated in Paris against the FN. Sunday, only few sporadic public displays were seen in major French cities. Le Pen today plays the electoral game with plain legitimacy.

The breakdown of the Front Républicain?

If the results were close but predictable in the first round, the uncertain vote transferring makes the outcome of the election difficult to foresee compared to former presidential elections, the traditional presence of governing right and governing left candidates enabling to predict the vote transfer. The widely joint reaction among politicians to stand against the FN’s victory in 2002 - by voting for his contender J. Chirac – conceptualized and canonized the Front Républicain. The opposition to the ‘Front National’ has been more discrete in 2017.

On one hand, Emmanuel Macron, the new incarnation of the Republican Front has been endorsed by PS’s and LR’s leaders, who called their voters to impeach Marine Le Pen from becoming Head of State. However, J.L Mélanchon, the far-left, anti-liberal and inclusive candidate, is still unclear about his intentions. The Mélanchonist electorate – which represent little less than 20 % of the votes – sociological study gives few indication about the vote transfer. The value his electors will elect as more important – anti-liberalism (preferring Le Pen) or social inclusiveness (preferring Macron) – today remains undetermined. On the other hand, the nationalist right candidate N. Dupont-Aignan negotiated to rally Marine Le Pen as envisioned Prime Minister. He represents almost 5 per cent of the electorate, a non-neglectable advantage for Marine Le Pen.

If Macron is still given winner a week from the final vote, the polls previsions show very fluctuating dynamics. Whether the general trend is going to be confirmed of not is today unpredictable. So far, the in-between-turns campaign has been dense and difficult for both candidates. A fierce communication battle has started, image against image, word against word. Gaining the popular vote through media monopolization is dramatically crucial. Whether is the result, this election will constitute an unseen situation in the history of French institutions. Governmental coalition may indeed be formed, since none of the candidates is ensured to obtain the absolute majority in the Parliament, necessary to properly govern and apply their programs.

The future of Europe at stake

If the Parliament may restrict the future President domestic action, Foreign Policy orientations are constitutionally the attributes of the Head of State. And foreign policy perspectives of Macron and Le Pen are deeply different. First, there are the perfect illustration of the two dominating European conceptions, ‘sovereignists’ versus ‘globalists’. Marine Le Pen is openly anti-European. As most of her far-right European counterparts, she denounces the technocratic, liberal and financial European Union.

Inspiring from the Brexit, she wants to negotiate the restitution of the monetary, legislative, territorially and economic France sovereignty. Le Pen therefore promotes the organization of a referendum on Frexit - which could, considering France’s participation in building, sustaining and developing Europe, empty the Union from its primary values, but also materially threaten the all European project. Her questioning of Schengen coupled with anti-immigration stances would hardly resolve the migration crisis.

On the contrary, Macron’s attitude towards the EU could also be decisive. He recommends a more representative Europe, and praises for its comprehensive action for homogeneous social and economic development. Advocator of European peace, he promotes a common, voluntarily-based European Defense. ‘Giving meaning to the European Project’ is his ambitious, vague yet desired, enterprise.

Second, candidates proposed divergent answers to wider international challenges the future French president will have to face. For Marine Le Pen, Putin represents a key partner in the struggle against ‘totalitarian Islamism’, but not exclusively. While she congratulated Trump elections, she promotes France withdrawal of the military command of NATO, and clearly acts for a France-Russia rapprochement. She was warmly welcome in the Kremlin Palace on 24 March. Her campaign is financed by Russian bank, enacting, if need be, the formalization of Russia’s interference in European elections – supporting most far-right nationalist parties.

Although Macron’s attitude towards Russia remains open, he is more critical as far as the human rights situation is concerned. He pursues a demanding relation based on European terms with Putin. Endowed with the support of Angela Merkel, he received a few days before the first round a phone call from former US president Barack Obama.

The political, social, economic and ideological - French, European and global - context of the French Presidential elections gave birth to an unprecedented scenario. For now, Emmanuel Macron is credited with the majority of votes for the second turn on 7 May. But the accession of Marine Le Pen to the ultimate power position is still envisioned given the state of French politics. The outcome of the election depends on the current electoral campaign. And from this outcome depends the future of France international relations, could totally re-define the delicate balance of powers in Europe and in the world.

Camille Boyer is an intern at the IIR.