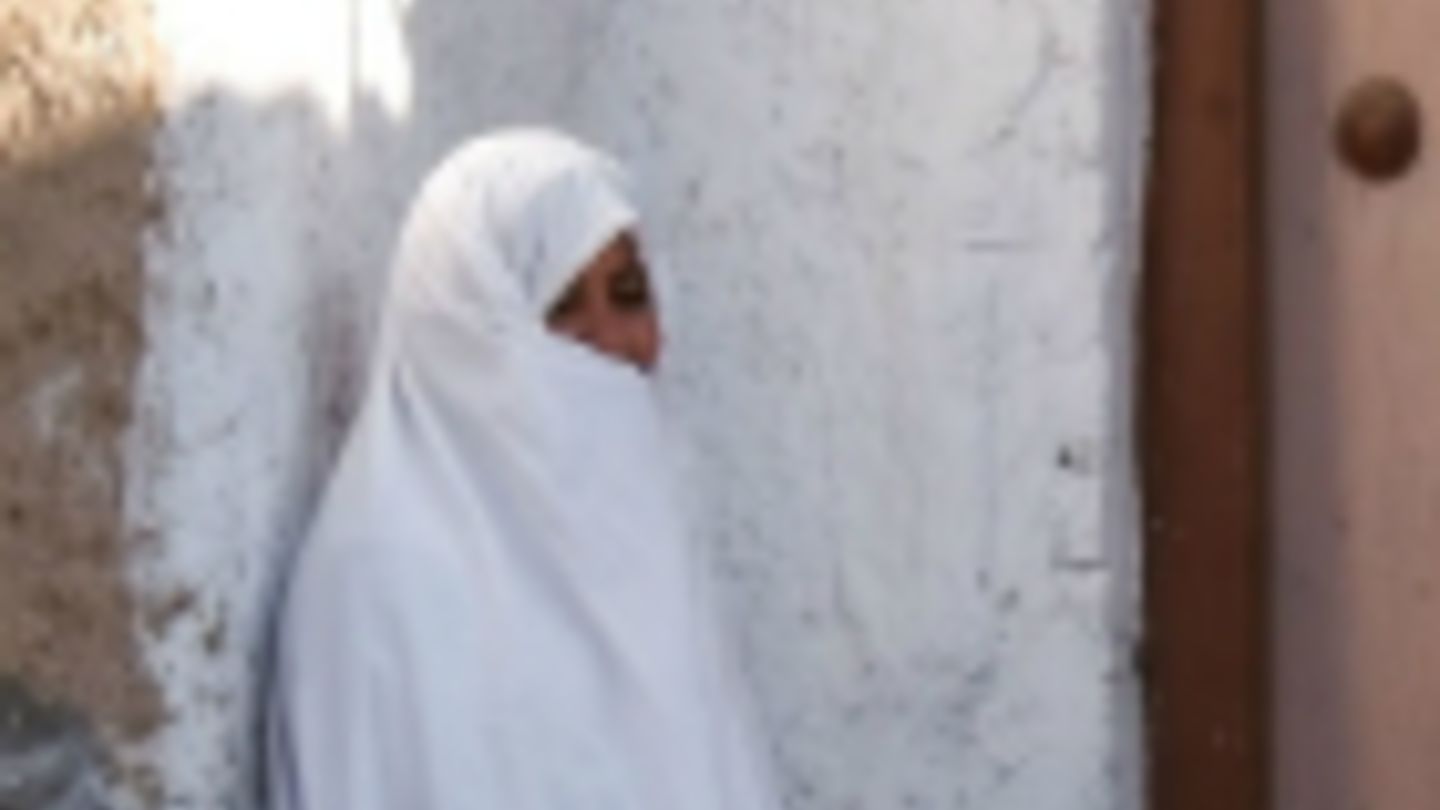 On the 20th of May the Institute of International Relations Prague hosted a talk on the "Iranian Foreign Policy and the Nuclear Deal", which was given by a visiting Visegrad scholar, Dr. Erzsébet N. Rózsa.

Video from the lecture you can find here. Dr. Rózsa, who is the Head of the Department of International Relations and also a Senior Research Fellow at the Institute for Foreign Affairs and Trade, opened her public lecture by voicing an opinion that the Islamic Republic of Iran can be considered as a modernisation experiment and that it is increasingly behaving as an empire. The Iranian nuclear issue is a derivative of both of these statements because, as she claims, no great power may exist without a technical modernity.

Starting with the first element, she demonstrated the influence of Iran's ancient statehood and culture on the development of the sense of great pride in the Iranian mentality. Dr. Rózsa argued that the Iranian cultural heritage (derived from Iran's traditional existence as an ancient civilization which boasted sophisticated military, religious and administrative structures) resulted in a feeling of regional superiority among Iranians.

Then she turned to the second key aspect that she had previously identified - the influence of Islam. In particular, Dr. Rózsa emphasised the significance of a political decision to convert people to Shiite Islam in the 16th century, which came as a deliberate policy during the Iranians' fight against the Ottoman Empire. Because both groups were, at the time, linguistically and religiously similar, the contemporary Iranian leaders made a strategic decision to embrace a strongly differentiated identity.

Even today, the change from the Sunni to the Shiite religion continues to have a great impact in Iran. The Shiite religion creates a social framework in which people have a need for guidance in everyday life by a theologically educated and authorised person. Thus, since their childhood people belonging to this religion are socialised into accepting high deference to an authority. This is extremely important in their respect for the Supreme Leader, who plays an essential role in the whole society through his influence on the state’s functioning and has a great impact on policy-making.

Then she discussed the third fundamental aspect in forming Iranian foreign policy - modernity. In Dr. Rózsa’s account Iranian modernisation is included in both political and cultural life in Iran. The impact of modernisation is manifested through the existence of technical development and modern institutions that are visibly present all around the country. This may be seen as an evidence of the fact that Iran is, to a certain extent, attempting to carry out a European type of modern development. According to Dr. Rózsa the significance of combining these three elements results into an Iranian experimental model which was introduced after the 1979 revolution and which combines both traditional and modernisation elements.

Duality of Supreme Leader and Parliament

Subsequently, Dr. Rózsa talked about the dual structure in Iran, as its political system combines two unlikely elements. On the one side there is the figure of the Supreme Leader, whose position is determined through “the will of God”, and on the other side is a democratically elected parliament, representing the people’s will. Dr. Rózsa perceives this as a unique model of a republic, and she likened it to Eastern Europe’s past political experiment of people’s republics. However, in the Iranian case instead of there being an overpowering influence of the communist ideology, the Iranian ideology is of a religious kind and is centred around the authority of the Supreme Leader.

Dr. Rózsa also mentioned the impact of western intervention on the current situation. In her opinion the removal of the Taliban and Saddam Hussein disrupted the regional balances which kept Iran in check. As a result, Iran was allowed to exploit its advantageous situation in order to succeed in its self-proclaimed universalist mission to spread the ideology of Islam.

She also stated that the western intervention caused bandwagoning tendencies, which resulted in the re-emergence of the so-called Resistance Front. This quasi-organisation is united by the common cause of fighting imperialism and also by a firm rejection of foreign interference. Dr. Rózsa, nevertheless, emphasised that the chief aim of Iranian policy is always the survival of the regime. The speaker concluded that however strong Iran’s ideological rhetoric may be, Iran will always remain pragmatic in its actions.

Nuclear program as a regional power and modernisation status

Then the lecturer spoke about the problematic issue of nuclear dual usage, which may be employed for both civilian and military purposes and is therefore often an issue of great distrust and contention. As Dr. Rózsa explained, Iran often defends its incontestable right to have its own nuclear programme on the basis of the fact that no-one has ever yet been able to prove that Iran was fabricating nuclear weapons.

And indeed, under the corresponding provision of the NPT (Nuclear Non-Proliferation Treaty), Iran has an unalienable right to develop its nuclear programme for civilian uses. However, due to the international community's distrust towards Iran, which is perceived as having an unreliable regime, a situation arose in which Iran was effectively prevented from building its nuclear programme by the international community’s unwillingness to sell it nuclear fuel.

However, Iran overcame this hindrance by building its own nuclear infrastructure. Although the international community sees this as a threatening development, unless it may be proved that Iran is using the nuclear programme for weapons manufacture, there is nothing anyone can do. And as Iran perceives its nuclear capacity as essential for the survival of the regime, it will certainly not abandon this strategic asset.

Hereupon Dr. Rózsa talked about a set of sanctions which were imposed on Iran and concerned mainly the areas of oil and gas export, banks and arms embargoes. The main problem which the lecturer sees regarding the issue of the sanctions is that they were evoked by various actors (e.g. the United States, the European Union) in relation to various issues (e.g. human rights abuses, the Iranian nuclear programme, the Iranian regime). What Dr. Rózsa is mainly concerned about is that the impact of such a complicated set of sanctions makes any sort of negotiation hardly appealing for Iran. This is because even if during the related negotiations Iran comes to an agreement over some problematic issues with the other party (or parties), there will always remain other actors, which have different issues, and therefore not all the sanctions will be removed.

Determinants of the conflict

In the next section of her lecture, Dr. Rózsa talked about the determinants of the conflict. She started the section by pointing to the previously mentioned multilateral nature of the conflict, in which the condition of Iran opposing Israel, the US and the UN at the same time complicates the situation. The mutual distrust was identified as another point that determines the conflict. With regards to this aspect the lecturer talked in greater detail about the personal biases of Iran’s and the US’s political leaders.

The next determinant in the conflict that she mentioned was Iran’s acting on the perceived threat to its core interests that Israel represents. As Dr. Rózsa said, for Iran the whole situation is about the regime's survival and Iranian threat perception. The majority of Iranians are convinced that their country is the final target of the US, which aims to change their nature in accordance with its values. The Iranian fear in the lecturer’s account may be geopolitically justified because if we look at the regional map, Iran can be truly said to be encircled by the US and its allies, who have military bases in the majority of Iran’s neighbouring countries.

In the last section of her talk, Dr. Rózsa presented the main known points of the negotiation between Iran and the West. Firstly she summarised the underlying understanding behind the negotiation by quoting the US president Barack Obama: “Nothing is agreed until everything is agreed”. Then she described some individual factors of the known agreement, which are issues regarding enrichment, inspection, reactors and reprocessing, sanctions and phasing. Although it is impossible to foretell whether this expectation will materialise in reality, the lecturer offered an optimistic outlook in regard to it.

In conclusion, to summarise main points of lecture, Dr. Rózsa argued that within the Islamic government the main lines of Iranian policy, including foreign and security policy, are determined by the Supreme Leader. This position is currently held by Ayatollah Ali Khamenei. The Iranian nuclear program, which is dual-use by nature, has evolved into one of the most important issues on the international agenda. With the armed conflicts in the region, where Iranian cooperation is increasingly important, the P5+1 and Iran have come to the final phase of negotiating a deal which would, on the one hand, acknowledge Iran’s right to a civilian nuclear program, but would, on the other hand, make it impossible for Iran to develop nuclear weapons.