Do you miss our events during the winter conference break? Do not despair. We are going to remind you of some of our past events with brand new videos. This time we introduce videorecordings of two exciting seminars with Professor Juha Vuori of the University of Helsinki and Dr Rens van  Munster of the Danish Institute for International Studies.

The Centre for European Security of the Institute of International Relations and the journal New Perspectives of the IIR organized two exciting seminars with Professor Juha Vuori of the University of Helsinki and Dr Rens van Munster of the Danish Institute for International Studies.

Nuclear weapons are probably the largest threat to humankind. Yet they have been largely ignored in critical studies of security. Dr Rens van Munster makes outlines why critical scholars should care about nuclear weapons and offers some ideas on what critical thought can bring to the study of the nuclear condition.

Professor Juha Vuori introduces key approaches to and issues arising from the growing use of visual methodologies and the investigation of visuality in relation to security and insecurity.

Venue: The Lecture Hall of the IIR, Nerudova 3, Prague 1

Rens van Munster is Senior Researcher at the Danish Institute for International Studies and Research Coordinator for Peace, Risk and Violence. His research focuses on the global politics of security, risk and catastrophe since the Cold War. He has published widely on these issues in international peer reviewed journals. He is co-author of Politics of Catastrophe: Genealogies of the Unknown (with Claudia Aradau; Routledge, 2011) and co-editor of Documenting World Politics: A Critical Companion to IR and Non-Fiction Film (with Casper Sylvest; Routledge, 2015) and The Politics of Globality since 1945. Ideas, Images and Artefacts (with Casper Sylvest; Routledge, 2016). He is currently finalizing a book with Casper Sylvest, entitled Nuclear Realism: Global Political Thought during the Thermonuclear Revolution (Routledge, 2016).

Juha A. Vuori is acting Professor of World Politics at the Department of Political and Economic Studies, University of Helsinki, and an Adjunct Professor (Docent) of International Politics at the University of Tampere School of Management, both in Finland. His main research focus has been on the critical development of securitization theory through illocutionary logic, semiotics, and the application of the approach to the People’s Republic of China. He has published extensively on visual methods and visuality – including a chapter (with Rune Saugmann Andersen and Can Mutlu) in the recent book ‘Critical Security Methods: New Frameworks for Analysis (Routledge, 2014) - and on chromatological approaches to security (with Xavier Guillaume and Rune Saugmann Andersen) in Security Dialogue (2015).

The image in the title was taken from: https://upload.wikimedia.org/wikipedia/commons/e/e3/Snowflake11_2.png. 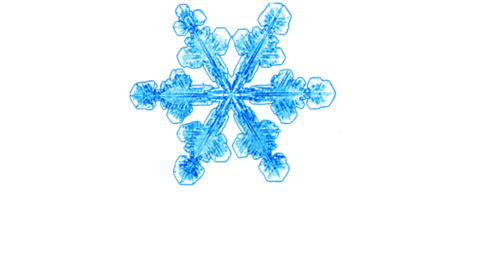