The Institute of International Relations is now hosting its already 11th International Symposium on "Czech Foreign Policy" with the topic "Fostering Multilateralism". Many interesting speakers and intriguing debates are taking place at Czernin Palace of Ministry of Foreign Affairs of the Czech Republic. Read the opening remarks by our Director Ondřej Ditrych.

once again I have the absolute pleasure of welcoming you to the International Symposium on Czech Foreign Policy organised by the Institute of International Relations Prague and the Ministry of Foreign Affairs.

This is the eleventh year that we convene this symposium. Eleventh. That means that when we started, you would hardly find an in international issue that would be subject to public debate. (Perhaps, one or two.) Tempora mutantur. Today a keen sense obtains that, whether we like it or not, what occurs outside our borders profoundly impacts our present and future – which few look forward to, and some even seem to have dispensed with (or “cancel”) it altogether.

The debate of how to position ourselves toward this outside extends between the poles of engagement and enclosure: that is, between the belief that we’d better care of only that part of the world, as the late Václav Havel said, that begins and ends with our backyard’s fence and insulate ourselves from the forbidding elements out there, or that horizons of our action should reach even all those wide circles of home – our continent; our planet and its biosphere; the near space for which humans are about to set off.

It is a debate that is difficult to be had due to the challenge that some, perhaps too gloomily, term postfactuality. It really seems more of democratic ontology that means, as Salman Rushdie put it, that the breakdown of agreement about reality – agreement imposed by the social elite, one may add – is now the most significant reality. This rupture, on one hand representing a release from the ideological bind only to result, on the other, in haywire wandering in search of new seductive certainties, means, as Bruno Latour suggests, the loss of common world where we could live – and disagree. (Think of the politics of climate change.)

As the sun sets over this common world, salvaging dialogue, the true heritage of our civilisation – polyphonic rather than monolithic yet based on fundamental openness to the other and to pushing the horizons of our situated knowledge, is paramount. That is why, a decade ago and now – and perhaps now even more than a decade ago when international and politics were rather insulated –, the space opened for such dialogue created by this Symposium matters. The world will need to be restored, to borrow a phrase from Henry Kissinger’s historical study of diplomatic efforts at the Congress of Vienna, at preventing turmoil akin to that caused by French revolutionary wars and Napoleon Bonaparte’s bid for hegemony. It will hardly be through a cooperative great power condominium, or the “concert”, as devised by Kissinger’s hero, Count Metternich.

This leads me rather conveniently to the topic of this year’s Symposium: multilateralism. No more is multilateralism the bedrock of liberal order that, for a time, was the hegemonic order. Like every social order, the liberal order was imagined. It depended on collective reproduction by practice. In the increasingly fragmented multipolarism that features separate pluriverse not only of ideas, but very fundamental, ontological truths organising social life, multilateralism is no longer the organizing principle of conduct in international politics.

It is an idea. A contested idea.

It deserves to be protected to meet the challenges of today, from upholding the basic norms of international society (that yet need be adapted to new domains in which international politics is conducted, such as the cyber) to facilitating effective and prudent collective action on climate change, preventing severe disruptions in global trade or taking further steps toward erasing inequalities and creating opportunities for societies of the Global South to realize their potential.

It deserves to be fostered to meet the challenges of tomorrow, above all the transformational effects on social life of new technologies such as artificial intelligence or those that will propel humans toward other planets and even stars.

In the conditions of ever more complex, connected but also politically fragmented human web with major challenges ahead, protecting and fostering multilateralism to achieve such ends is no more, no less than a realist utopia; a progressive Realpolitik. As such, it is worthy to be embraced in particular by smaller states in the international society for whom international politics based on respect to rules and fundamental liberal norms of sovereign equality and self determination, with global governance that facilitates collective and participatory action is the core national interest.

Now, to engage in a discussion on how to make the world a little bit better tomorrow than today through multilateralism is the task we’ve taken on ourselves. It’s not an easy one, and so let me wish you all to engage in a productive and enjoyable, and therefore true dialogue.

Let me also thank to all our partners without whom the conference would not be possible, above all the Ministry of Foreign Affairs of the Czech Republic, to whose distinguished representative, Deputy Foreign Minister Aleš Chmelař, I now have the pleasure to pass the floor. Macron's 'European Political Community' — how could it work? 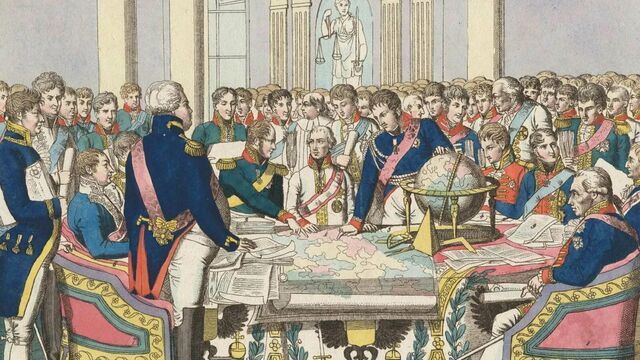