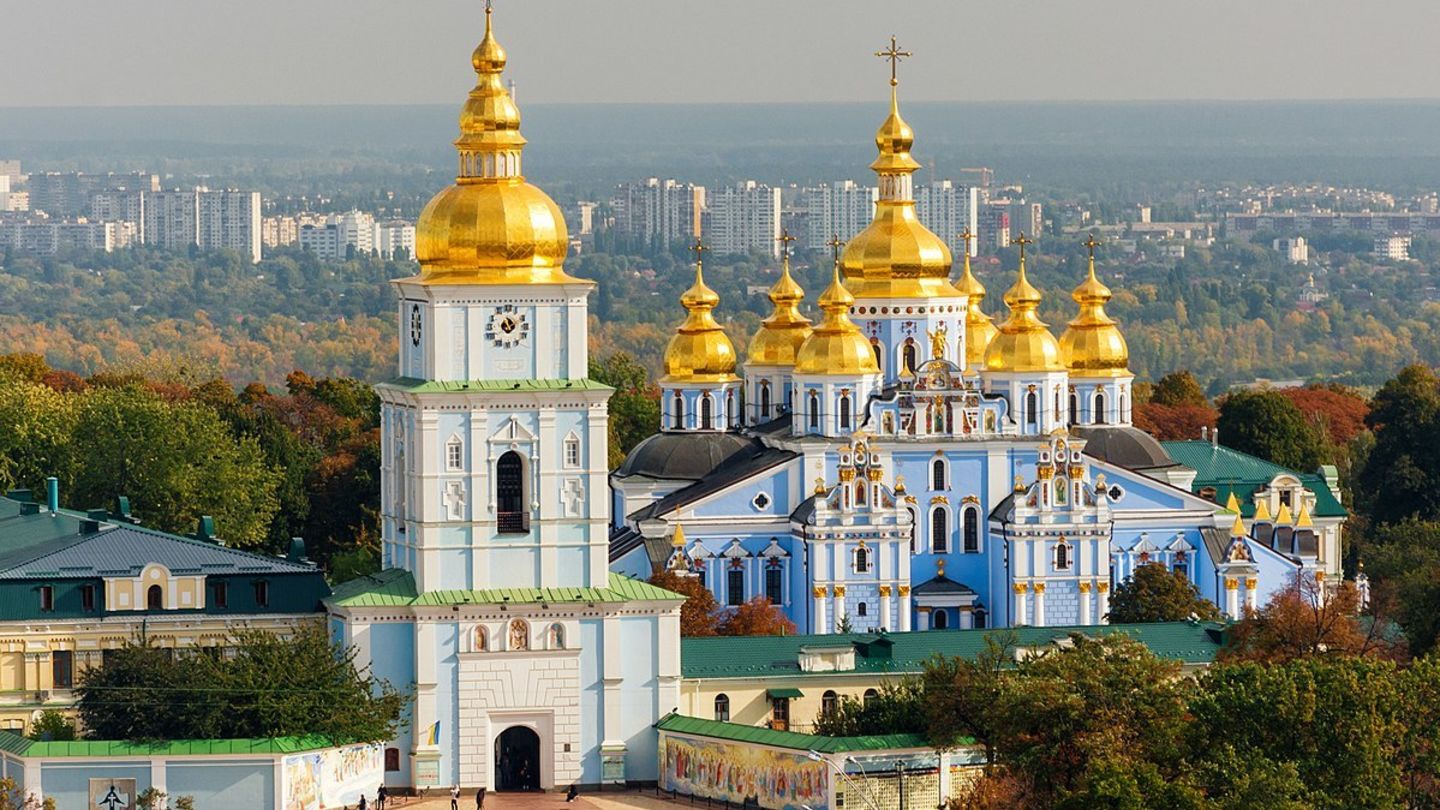 On 15 December 2018, two canonically unrecognized Orthodox Churches in Ukraine united themselves into a new Orthodox Church of Ukraine (OCU), opening thus final stage of a long and painful process of creation of independent canonical Orthodox Church in Ukraine. This process culminated on 5th of January 2019, when Constantinopol´s patriarch Bartholomew I issued Tomos, an official decree mandating independence for new Church under Orthodox Law. The process is also complemented by law, which might eventually require Ukrainian Orthodox Church – Moscow Patriarchate (UOC-MP) to clearly identify its association with Russian Orthodox Church. The new phase of Ukrainian nation and state building project thus started. However, the new church and related developments might also create previously unforeseen challenges. It will be thus the ultimate success of the state-building in Ukraine, which will determine if the new Church will eventually strengthen or further divide Ukrainian society.

Struggle for church and power in Ukrainian past…

Kyivan Rus faithful choice to accept Christianity in its Orthodox form reasserted Kyiv as a power centre of the region and Kyivan Orthodox Metropolis became indispensable centre of the Orthodox world. With the fall of Kyivan Rus in 1240 and subsequent rise of Moscow as political and military power, the bid for dominance in the religious affairs followed. Russian marriage of last Byzantine princess in 1472 and its recognition by Constantinopol in 1589 lead into inception of the idea of “Third Rome”, in other words an idea, that Russian state is a successor of the Byzantine and Roman Empire and thus natural leader of the Orthodox world. Russian territorial expansion into the territory of modern day Ukraine in 16th and 17th century lead into absorption of Kyivan Metropolis into Russian Orthodox Church (ROC) in 1686.

These steps, often accompanied with ruthless Machiavelian machinations, intended not only exerting political control over the territory of today´s Ukraine, but they also aimed at reinforcing the concept of “Third Rome” as the Russian state sovereignty over one of the most important centres of the Eastern Orthodoxy. Incorporating political as well as spiritual heritage of Kyivan Rus became one of the bedrocks of the legitimacy and political power of nascent Russian Empire. Control of the territory of the modern-day Ukraine thus became the goal as well as a tool on wider global chessboard in the same time.

Nevertheless, incorporation of Kyiv political and spiritual heritage into the Russian Empire also practically corresponded with effort to preserve its heritage and independence from Moscow´s appropriation. In 19th and early 20th century the question of religious independence aligned with burgeoning struggles for independence of Ukrainian nation. Early efforts to create independent Orthodox church were manifested by creation of Ukrainian Autocephalous Orthodox Church (UAOC) in 1920s, which, however, has never obtained canonical recognition. This attempt was eventually crashed by Soviet authorities in the 1930s and UAOC was forced to survive in exile. Nevertheless, the quest for independent Orthodox Church became integral part of the Ukrainian national project.

Coexistence of the churches became highly politicised and, in many ways, reflected the struggle for Church and power in Ukraine along the historic lines. This struggle gained some very concrete forms especially during the Maidan revolution of 2013-2014 and its aftermath. While many members of the UOC-KP clergy were actively supporting Maidan protesters, UOC-MP maintained somehow neutral and opaque stance. The rift only deepened after the success of the revolution, subsequent occupation of Crimea by Russia and outbreak of armed hostilities in the Eastern Ukraine. Although UOC-MP did not endorse Russian actions in Crimea and Donbass, regarding Donbas UOC-MP called for peace and reconciliation. Although this might not be a problem in itself, the emphasis on peace-making produced some rather controversial gestures such as refusal of the UOC-MP officials to stand up during homage to the veterans of the Ukrainian Armed Forces in Ukrainian parliament.

However, UOC-MP credibility was questioned even further by other serious events. During well documented instances, UOC-MP members actively supported separatist forces. Uprising in Eastern Ukraine also relied on Orthodox symbolism, which was epitomized among others by presence of militant group known as Russian Orthodox Army. Moreover, the suspicious activities of the UOC-MP were not limited to Donbas region. For instance in eastern region of Zaporozhie, entities linked to the UOC-MP were raided by the Ukrainian counter-intelligence on grounds of serving as weapon caches. Last but not least, the UOC-MP enjoys links to powerful individuals of Yanukovych era and to the Opposition Bloc party, which is in many ways descendant of Yanukovych´s Party of Regions. To make things worse for the UOC-MP, its parent church, Russian Orthodox Church, did not miss opportunity to portray war in Ukraine as a struggle to defend Orthodox belief. The UOC-MP reputation was irreparably undermined, creating momentum for the creation of unified and independent Church in Ukraine. This effort reached its historic apogee on 15th December, when UAOC and UOC-KP merged into Orthodox Church of Ukraine.

New Church and its implication: Opportunities and Challenges

First and foremost, in the eyes of many OCU represents a unique opportunity to deliver a major blow to Russian influence in Ukraine. Considering the record of the UOC-MP in keeping ideological as well as material links to Moscow in past thirty years, creation of Ukrainian Church can significantly complicate Moscow attempt to use UOC-MP as tool of influence. Others perceive new church as a unifier of Ukrainian society and decisive step towards emancipation of Ukrainian nation. Many observers believe that canonical Ukrainian church will also lure a number of UOC-MP churchgoers and parishes, which have been so far dwelling within UOC-MP structures only for sake of the fact that UOC-MP was truly canonical church. However, the issue of UOC-MP followers and overall impact on Ukrainian society is at the point, where major hurdles may lie.

In a country with complex society and history as Ukraine, such a major step will create tensions. The only question lies in the severity of these tensions. Many observers have aired concerns over possible violent acts, which might accompany the rise of the new church. These fears were mostly related to potentially violent takeovers of UOC-MP property and possible forced conversions of churches and parishes around the country. Nevertheless, these fears have not materialised for time being. Many signs suggest that the government of Ukraine is doing its best to assure orderly and peaceful transition, and former UOC-KP representatives maintain that the UOC-MP members must be persuaded only through dialogue and non-violent means.

However, it is unavoidable that such step will deepen division and disconnect among certain segments of the society. This concerns most obviously Donbas, where local unrecognised separatist structures have been busy interpreting the creation of the independent Church as start of “religious war”. Current leader of the so-called “Donetsk People´s Republic” Denis Pushilin also blamed failure in talks on prisoner exchange on unclear situation with Orthodox Church in Ukraine. In past these exchanges have been allegedly brokered by the Church structures playing the role of an intermediary. Although, it can be well argued that separatist entities are prone to twist any news to fit their agenda, reverberations of the OCU creation are bound to be felt in other parts of Ukraine.

In this regard, introduction the law, which will effectively require remaining UOC-MP to identify itself as Russian Orthodox Church in Ukraine, is of major importance. This is especially true for those parts of Ukraine population, which remain loyal to the Ukrainian statehood, yet for various reasons feel totally comfortable with allegiance to UOC-MP. Designation of UOC-MP as Russian Orthodox Church in Ukraine will inherently present those individuals with a rather difficult choice, either to disconnect from local institution of worship, or risk having their loyalty questioned. This is especially true for smaller towns and villages, where often only one church can be found. Inherent politicisation of the process might also discourage others as the creation of OCU became intimately connected with political legacy of the president Petro Poroshenko.

State building as a way to manage escalating nation-building

All above discussed pitfalls are unavoidable as the mentioned process has to be perceived as continuous part of the Ukrainian nation building project. Its latest and most turbulent phase stared with Maidan revolution and subsequent Russian incursions. For much of its history after the fall of the USSR, Ukraine was a country with very complex identity and unclear direction. Dramatic events of 2013/2014 shattered this relative limbo. We can thus witness a process of nation building, which most of the European nations have undergone at latest since 19th century, when weak, premodern and often highly localised loyalties were giving way to broader nationalistic ideas.

What must not be forgotten, however, it that such process is inherently contentious as previous forms of belonging and symbolism are being replaced by the new ones. This inherently leaves many behind and often resentful. Ukraine is witnessing this process live, not only with the initiative to create “national” Orthodox Church, but also with increased promotion of Ukrainian language or controversial figures of its past.

It can be expected that in Ukraine, the nation building will create similar problems and opportunities as it did in other parts of the world. If successful, national building in Ukraine will bring around a more resilient nation with more coherent sense of identity. However, this process equally risks excluding a portion of Ukrainian society, which might start feeling alienated. If this segment of population will reach critical number, Ukraine might end up engulfed in much more serious problems than now. What will determine to a large degree the success or failure of the nation building endeavour in Ukraine will be thus the quality of its state-building. While nation building in complex societies is inherently divisive, creating strong institutions, rule of law and environment conductive for civil society is much more inclusive process, which might benefit everyone and bring back those, who might feel that new order is less and less of their liking.

In other words, while people in Lviv, Odessa, Dnipropetrovsk or Kharkiv Oblast might disagree on historic role of Stepan Bandera, importance of Russian language and role of Orthodox Church in Ukrainian past and present, but they will most likely welcome functioning institutions, robust rule of law and healthy civil society. In this way successful state building can unite, where nation-building divides. Paradoxically, it will be thus the sincerity and effectiveness of Ukrainian reforms and strength of its state institution, which will determine real impact of the new Church on the future of Ukraine.

Michal Mádl is an independent security expert. In the last four years he has worked in Ukraine within several international organizations.