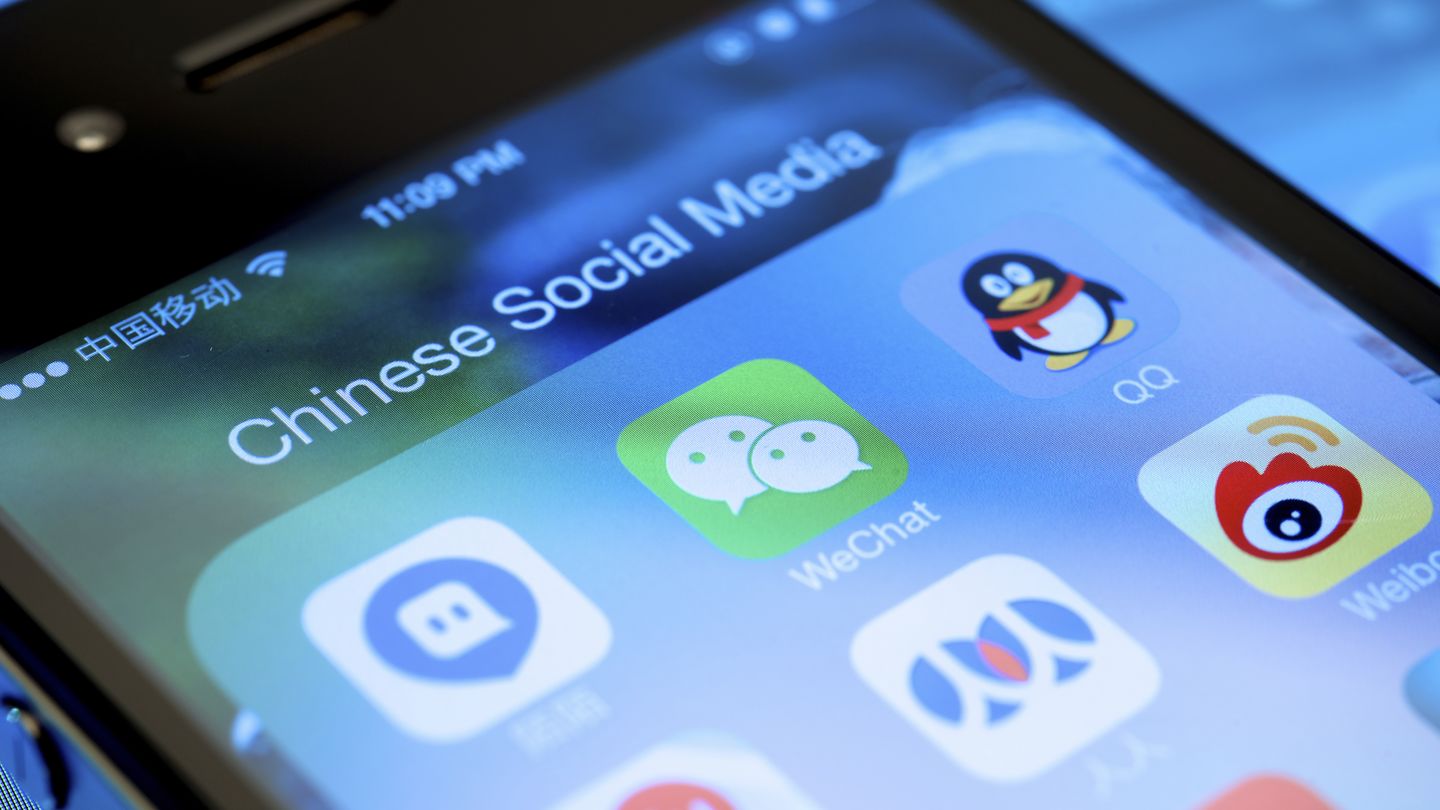 D&G, as a famous Italian fashion brand, enjoyed great popularity in China. However, the situation has changed at the end of November 2018, Chinese customers and popular stars begin to boycott D&G. All of this starting from one D&G’s racist advertisement in which a slant-eyed Asian girl is asked to learn how to use chopsticks to eat the “great” Italian food. To make thing even worse, when Chinese customers text to Stefano Gabbana on Instagram, one of the co-founders of D&G, about how inappropriate the advertisement is, Stefano responded them with more insulting words about China. Eventually, the racist adverts and Stefano’s rude texts are posted on Chinese social media like Weibo (a Chinese version Twitter), and it immediately raised widespread anger of D&G in China. As a counter move, a boycott campaign against D&G was launched by internet users on Weibo and WeChat (Chinese version of WhatsApp). The campaign against D&G is influential, D&G’s fashion show in Shanghai was canceled; many famous Chinese pop stars terminated their contracts with D&G; the sales of D&G in China rapidly declined. In the end, D&G had to make a public apology for their inappropriate advertisement.

However, the story mentioned above is not a single case, there are more cases that young Chinese generations use social media to express their voices and shape the public opinion in recent years, and all these cases demonstrate the rising influence of social media is not only international, in many occasions, it is domestics as well.

THE VOICE OF “WALL ESCAPER”

In the earlier stage, many of those “Wall Escapers” just use western social media for entertainment; girls follow their favorite western pop stars or fashion models while boys like sports figures. There were not many voices coming from mainland Chinese users talking about political issues on western social media, but things gradually change. At the end of 2015, there is a pop star, Zhou Ziyu who is from Taiwan, publicly demonstrated Taiwan is an independent country during an interview. This quickly raised an online conflict between Taiwan and China mainland. In January 20th, 2016, China mainland internet users began to organize a large scale of “protestors” through Chinese social media like Baidu Forum, QQ, and WeChat.

Then, this huge group of people escaped from the Great Firewall and started to leave comments on Facebook and other social media accounts of many proactive Taiwan independence movement figures (i.e. Tse Ing-wen). During this online protest, more than thousands of comments were left every day, including unified slogans and various emoji, to clearly express the assertion that Taiwan is part of China (SinaNews, 2016 January 21st). This event, in Chinese called “March to Facebook” or “Battle of Emoji” (due to the fact many Chinese original made emoji are used in this online protest to create a more peaceful communication with Taiwanese), demonstrates the new Chinese generations and their different characteristics; they are more skilled in using social media and they are not shy to express what they think, more importantly, they are more creative. The use of emoji to express an idea of a unity of China mainland-Taiwan is totally unique, especially compared with Chinese mainland governmental banal official propaganda. For the first time, this spontaneous online protest, without any governmental involving, let the world outside the Great Firewall heard the voice from majority ordinal people inside the wall.

Since then, more and more spontaneous online protests are made by China mainland Wall Escapers, when there are events related to discrimination against China. From event of London Heathrow Airport price discrimination against Chinese to the racism scandal of Brookly Beckhame, till the most recent D&G racism scandal, young Chinese generations join in this trend of speaking out in western media and openly express their dissatisfaction with unfair racist against China.

As the readers might notice from above, the young Chinese generation can quickly aware, organize and response to outside information even they do not have direct access to western internet. The key factor is that in China, there are functional social media (i.e. WeChat and Weibo) on which the young generation can share the information with each other.

The use of Chinese own social media could be dated back to the early 2000s when QQ and Baidu Forum are quickly adopted by most of the young generation, and the introduction of Wechat and Weibo a few years later became the turning point which announced the new era of Chinese social activities. Chinese people get used to posting their daily life pictures on those social media, express their opinion and ideas. Although there are governmental regulations and censorship and many posts contain sensitive information will be removed, young generations still share information they want to express through creative ways, i.e. not mention keywords like the Party in Chinese but just in Pinyin as dang or other code names. By doing so, a lot of information is still freely shared on those Chinese social media.

Meanwhile, the Chinese government is also not keen on full censorship to make people silent; instead, many political issues are allowed to be discussed openly on social media and even newspapers. The critiques of Chinese current land and economic policy, environmental issues, taxation policy and so can be seen in everyday social media posts. Sometimes, people’s voice on social media can even counter the abuse of government power and corruption. For instance, in 2012 one provincial high-rank officer was spotted by Chinese social media users who were in possession of a luxury watch which he should not be able to afford with his normal salary. A new word “Watch Bro” was created by social media users and immediately became one of the most frequently used words on Chinese internet in 2013. In response to this public relation crisis, the suspect was soon under investigation and sentenced for 14 years in jail because of corruption (ChinaNews, 2013, August 30th). Except for this example, there are many other similar cases like this which all together create a phenomenon called “Weibo anti-corruption”. This influence is so powerful that posting power abusing and corruption on social media is even more effective than reporting them to juridical system, because one hot post on social media like Weibo or WeChat can attract at least 10,000 people’s attention and thus cause huge pressure on the government and no one dares to cover up for the suspects. It is also noteworthy that the juridical system itself even benefits a lot from those reporting posts on social media due to the fact that those posts usually provide comprehensive evidence for further investigation. This is especially effective in local governance level including villages, counties or districts where the problem of abuse of governmental power and corruption is more serious than in big cities.

Additionally, the influence of social media does not only enhance the anti-corruption campaign in China, sometimes, could force the government to change certain policies as well. Examples could be the delay of promoting GMO food in national scale since 2012 because of the skepticism over GMO Food on social media and the public dissatisfaction with air pollution online is one of the main reasons why Chinese government adopts a more strict environment protection act.

The government also noticed this rising influence of social media and its vital role in shape public opinion. Therefore, rather than simply suppressing any anti-government power voices as many people would imagine, the Chinese government takes it with a more complex attitude. The government emphasizes that it is important to follow and guide the public voices on social media and find the real causes for those voices and solve them fundamentally, in other words, “the key is to find problem and solve it, not just cover up the problem” (Cyberspace administration of China, 2018 December 19th). Announcements like this demonstrate that the government admits the important role of social media as a channel of the communication channel and a public platform for speech, although there are some conditions.

WHAT CAN WE EXPECT FROM THIS RISING CHINESE SOCIAL MEDIA INFLUENCE

The Chinese government is not the only one who notices the importance of social media and its users. Foreign forces in China have been aware of this as well. Scholars like Jiang have found that foreign embassies in China tried to use Chinese social media to conduct public diplomacy inside China. However, the result is not as good as it was expected due to the fact there is no sufficient two-way dialog between the speaker and the audience (Jiang, 2017).

Sometimes, the embassy might even hold a double standard narrative to communicate with local Chinese and worsen the effort of public diplomacy. One negative example is that the US embassy described the 2014 Kunming terror attack simply as “senseless violence” on its Weibo account while other similar attacks in the West are referred to as terror attacks. Events like this combined with cases like D&G’s racism advertisement, further spur Chinese people’s patriotism and dissatisfaction with the West. Internationally speaking, it should be anticipated that more Chinese online social media protests will happen if the west-centric bias towards China still exists, and it should be seen as a positive symbol of attempt to break up the western dominated public opinion shaping online; domestically speaking, the rising influence of Chinese social media creates a new type of politics activities in China, a new way by which the individual can strengthen his/her power to against abuse of power. It might not be very crucial in current time and there are some limitations, but it creates a promising possibility in the future.

Yixiao Zhang is a student of Ma International Relations programme in University of Groningen. His study is focused on security and EU policy making and EU-China relations.