Preliminary legal opinion from the European Court of Justice 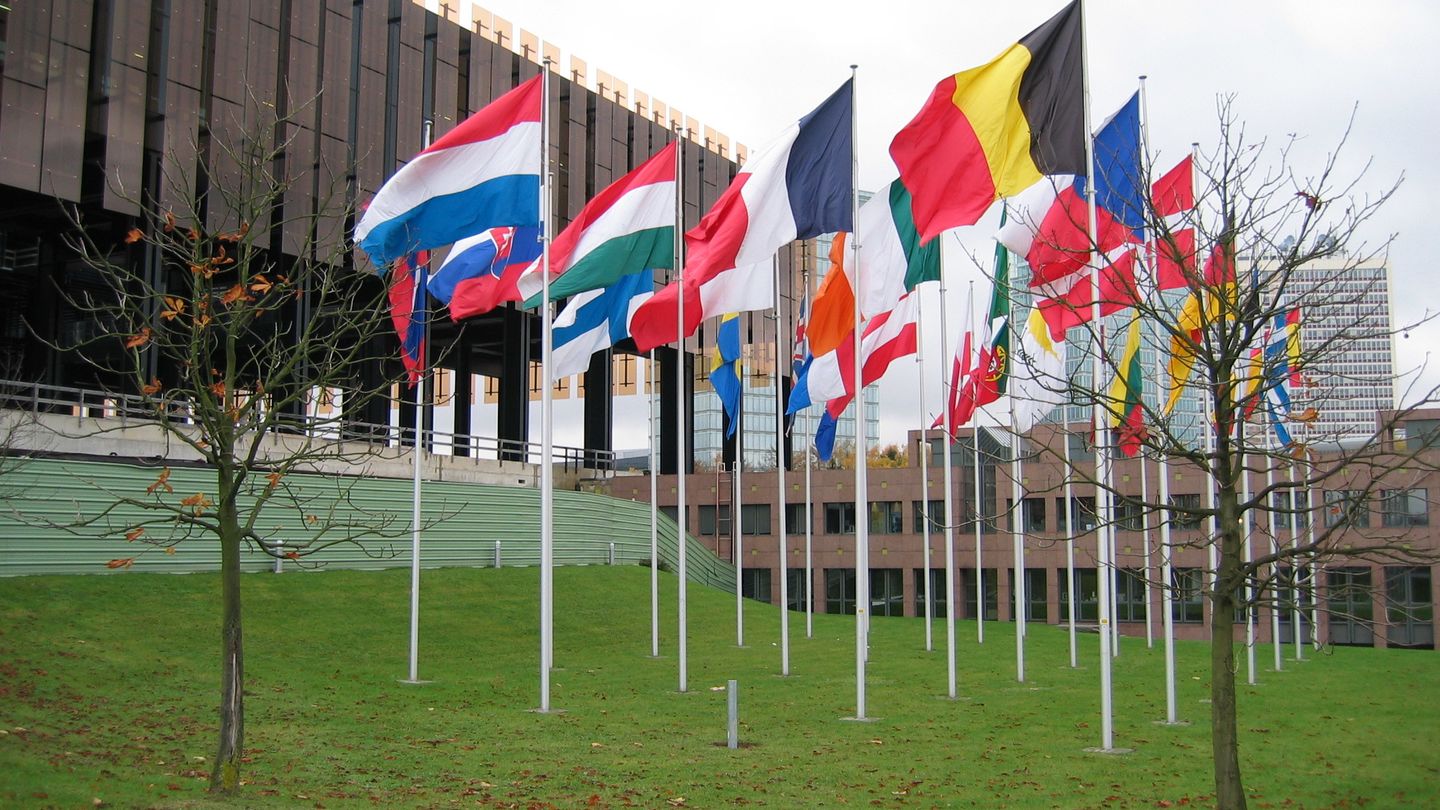 The Opinion of Advocate General Yves Bot, published on 26 July 2017 signals an important step towards closing the legal case initiated by Slovakia and Hungary against the provisional mechanism for the mandatory relocation of asylum seekers, created by the Council in September 2015 to assist Greece and Italy. It is not favourable towards the two member states’ arguments. It proposes that the Court shall dismiss them, and uphold the Council’s decision. This Reflection analyses the original decision, the arguments and the possible political consequences.

Preliminary legal opinion from the European Court of Justice.pdf 246.86 KB

Adoption of the decision

During the summer of 2015, to provide some help to border states that have been hit the hardest by the ongoing migration crisis, the Council of the European Union, namely its Justice and Home Affairs Council configuration (JHA) has adopted Council Decision (EU) 2015/1601, under the title “establishing provisional measures in the area of international protection for the benefit of Italy and Greece”. Its aim was to assist Italy and Greece in coping with the massive inflow of migrants by creating a relocation scheme under which other EU member states would take 120 thousand asylum seekers from these states over a period of two years (between September 2015 and 2017). This has never aimed to guarantee permission for these individuals to stay in the EU, only assistance in examining their claims, and the resolution itself has tried to make sure that only persons who are probably entitled to international protection shall be covered by it, by the provision of Article 3. It states that only those applicants shall be covered, who have lodged application for international protection in Italy or in Greece, and who come from such a country of origin, the application from which – according to the quarterly Eurostat statistics – have reached 75% or higher proportion in gaining protected status in front of various European member state authorities. With this, the decision has tried to make sure that the scheme is not used for assisting either irregular, or economic migration.

The legal base of the adoption of the decision is the Treaty on the Functioning of the European Union (TFEU), Part Three, Title V, Chapter 2 of which outlines the basic rules of policies on border checks, asylum and immigration. While it generally offers the possibility of union legislation, following the rules of ordinary or special legislation procedures, its Article 78, Paragraph 3 provides for an exceptional possibility, that has been invoked in this situation. It states that “in the event of one or more Member States being confronted by an emergency situation characterized by a sudden inflow of nationals of third countries, the Council, on a proposal from the Commission, may adopt provisional measures for the benefit of the Member State(s) concerned. It shall act after consulting the European Parliament”. As we can see, the text envisions “provisional measures” to be adopted and require an “emergency situation”, and in this case, it provides for a quick procedure, which is distinct from either ordinary or special legislative procedures.

The proposal has not met with a full consensus of member states. The Czech Republic, Hungary, Slovakia and Romania have voted against the adoption of the decision in the Council, Finland has abstained, but the rest of the member states’ votes in favour have been enough to reach a majority, thus the decision has entered into force.

Arguments of the states

After the decision has been adopted, Slovakia (Slovakia v Council, Case C-643/15) and Hungary (Hungary v Council, Case C-647/15) have initiated annulment proceedings in front of the European Court of Justice. This is possible under EU law against any measure of an EU institution that is against the founding treaties, and the Court has the power to declare thise void, acting as a de facto constitutional court of the EU. It is important to emphasize at this point that the decision’s legal binding nature is not affected by the fact of this judicial proceeding: regardless of that, it is still applicable and has to be complied with.

Their arguments can be summarized around two points. The first arguments were aimed to show mistakes in the procedure to adopt the decision, this being erroneous and missing an appropriate legal basis. The second arguments were aimed at the decision itself, stating that the proposed solution is neither a suitable response to the current migrant crisis, nor is it necessary for handling it.

The court proceedings have divided the member states as well. Poland has intervened in support of the Slovakian and Hungarian arguments, while Belgium, Germany, Greece, France, Italy, Luxembourg, Sweden have intervened to support the Council’s position. A strong message was sent to the European political sphere by the fact that the European Commission has also intervened, arguing for the Council.

Arguments of the Advocate General

The Opinion delivered on 26 July by Advocate General Bot has found the arguments of the two states against the decision wrong, and proposed to the Court, that it shall dismiss their actions.

About the measures in the contested decision, the Advocate General has argued that those are targeted to address a clearly obvious emergency situation, and those derogate temporarily and on clearly identified explicit points from other applicable legislative acts, as authorized and required by Article 78, Paragraph 3. In his opinion, such temporary derogations are far from being permanent amendments of provisions contained in EU legislative acts, and this way an ordinary legislative procedure was not needed. The provisional nature is also supported by the fact of the temporal scope of the decision (as described above, it is applicable from 25 September 2015 to 26 September 2017).

The states have also argued, that the contested decision contradicted the provision included in Conclusions of the European Council of 25 and 26 June 2015, which states that EU member states will decide by consensus on the distribution of persons in clear need of international protection. The Advocate General has made it clear that the conclusions have been adopted aiming to create another relocation plan which has been aimed to be applied related to the 40 thousand asylum seekers arriving earlier, and it has been codified in a another decision, not the contested one, decision no. 2015/15235.

The arguments of the applicant states invoking the lack of consultation with the European Parliament, and the lack of unanimity in the Council have been rejected by the Advocate General, arguing that the amendments of the original proposal of the Commission (because of Hungary’s decision not to be included on the list of member states benefiting from the relocation mechanism) have not affected the mechanism essentially, and as the Commission had not objected against the amendments, unanimity was not needed.

Some of the maybe more political arguments formulated by the applicant states have targeted the appropriate nature of the mechanism created by the decision, arguing that it has not worked efficiently since its adoption. The Advocate General has stated that this question has to be assessed under the circumstances at the time of adoption, adding the disturbing – at least for the applicant states – fact, that lack of efficiency was a result of certain member states (including the applicants) lack of conformity with the decision. By this, these states have violated their obligations concerning solidarity and the fair share of burden, and this fact gives an additional permission to the Council to adopt provisional measures, and these measures cannot be regarded as being disproportionate

Now the deliberations by the Judges of the Court will begin, and hopefully we will see the judgment before the end of this year. It will be legally binding, EU member states will have to comply with that.

Political implications and the future

The Hungarian government has immediately reacted to the Opinion, harshly criticizing it for being „political”, and the European Court of Justice working to “implement the Soros-plan”. Obviously the government uses the same communication technique and elements like with the quota referendum or against the CEU, described in the two earlier International Law Reflections.

The timing of the Opinion and later the judgment is definitely not lucky from a political aspect. As 2018 is election year in Hungary, and the government’s communications are constantly directed against migrants and the EU, these judicial decisions – seemingly „favouring migrants” – will surely get in the centre of political attention and will be used by the government's propaganda to back up the Viktor Orbán's favourite horror tale of Brussels attacking the nation states, using migrants, financed by György Soros.

I find it very unlucky that it has taken so long for the European Court to get close to deciding about the claims of the two states. I have expected that it is possible to make a much faster decision on a theoretical question, which essentially only requires interpretation of a text. It would have been extremely important to close this politics-heated, somewhat pointless debate and make sure that all member states get a clear picture about the legal situation. The fact that the judgment most probably will not be published before the time of applicability of the decision ends, is seemingly absurd and sends a very bad political message. After the publication of the Opinion, the Hungarian government immediately started to communicate that when the judgment will be made, the 2-years period will be over anyway, so at the end, Hungary will not have to do anything anyway. Of course, this is not true, the mere fact of time passing does not diminish legal obligations of the member states, which is also proven by the fact that the Commission had already initiated infringement procedure against some of them (including Hungary, but not against Slovakia at that time yet) for non-compliance with the decision in June.

By looking at the case itself, and all its implications, we can conclude, that, unfortunately, last years’ efforts regarding any possible quota systems have not contributed either to the development of efficient tools to union-level treatment of the migration crisis or a better European Union cohesion. Populist political actors, currently either in the government or in opposition, will keep on using it for inciting fear and xenophobia and will try to turn it into direct domestic political support.