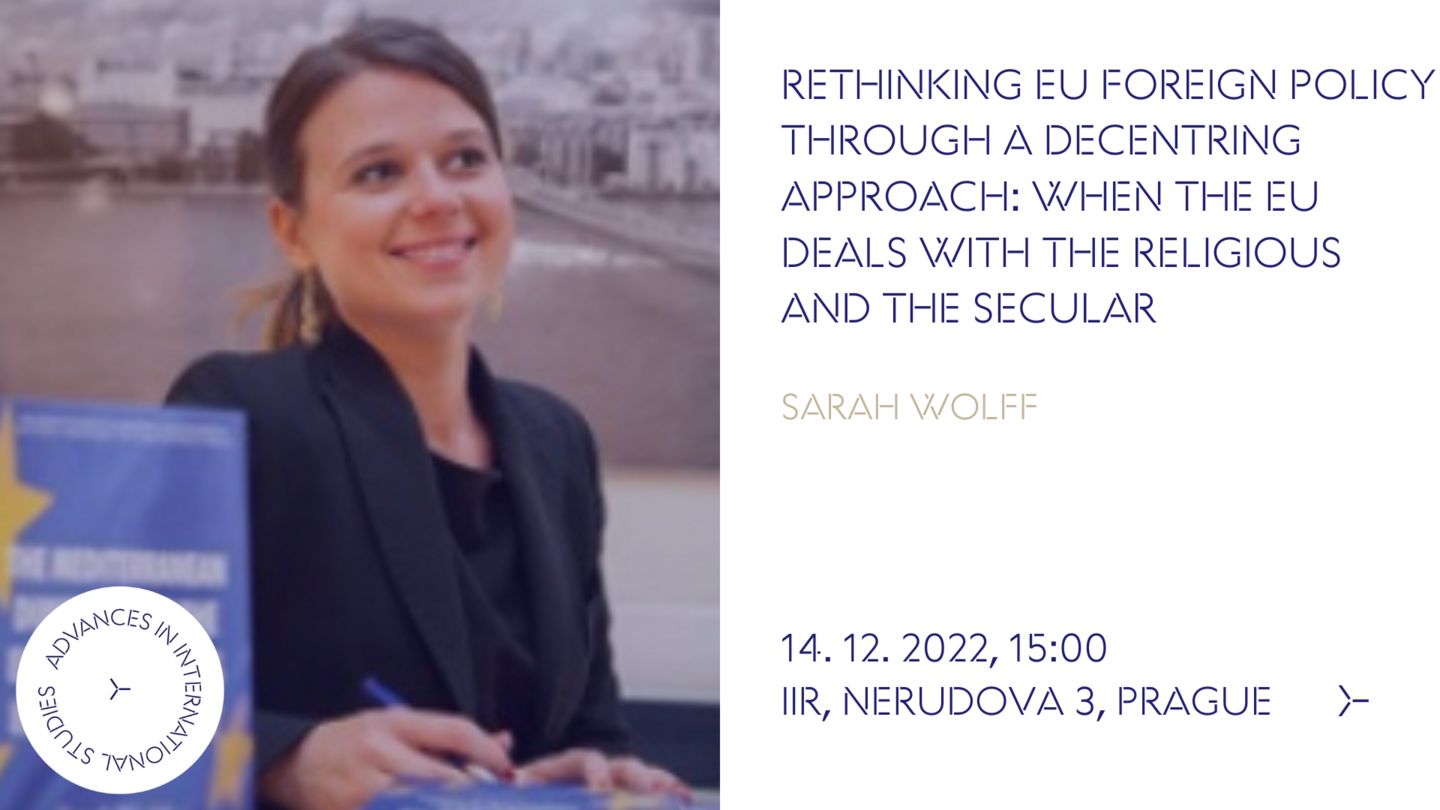 Rethinking EU Foreign Policy through a Decentring Approach: when the EU deals with the religious and the secular

We would like to cordially invite you to a discussion on "Rethinking EU Foreign Policy through a Decentring Approach: when the EU deals with the religious and the secular" which is part of our series Advances in International Studies. Sarah Wolff's discussion will be based on her book Secular Power Europe and Islam: Identity and Foreign Policy.

Normative Power Europe has been contested abroad for a long time for being too Eurocentric, projecting at times a one-size fits all model abroad which ignores local circumstances. Domestically, it is contested by European populist movements from a value perspective. At the same time with Russia's war on Ukraine and the EU's response centered around Strategic Autonomy and European Sovereignty, one could argue for a return of traditional geopolitics. This is not without pitfalls, and instead, the decentring turn argues for the need to acknowledge eurocentrism by provincializing Europe, engaging more in-depth with other foreign policy actors, as well as reconstructing praxis. Through the case study of EU religious engagement, and based on her book Secular Power Europe and Islam: Identity and Foreign Policy, this talk will illustrate how the EU has engaged with religious actors, and how this decentring move is particularly difficult to achieve due to uncertainties about EU's secular identity and values.

Sarah Wolff is a leading scholar on European integration, public policy, and international relations. More specifically her research has focused on EU-UK relations, EU and UK migration and border policies, EU-Islam and EU-Middle East and North Africa.  Her acclaimed book Michigan University Press on ‘Secular Power Europe and Islam: Identity and foreign policy’ is the result of data collected through a Fulbright-Schuman and a Leverhulme research grant. Before joining academia, Dr Wolff worked at the European Commission and the European Parliament.

To participate, please register below.

Sarah Wolff Professor in European Politics and International Relations, Director of the Paris Campus of Queen Mary University of London, Visiting Professor at the College of Europe.