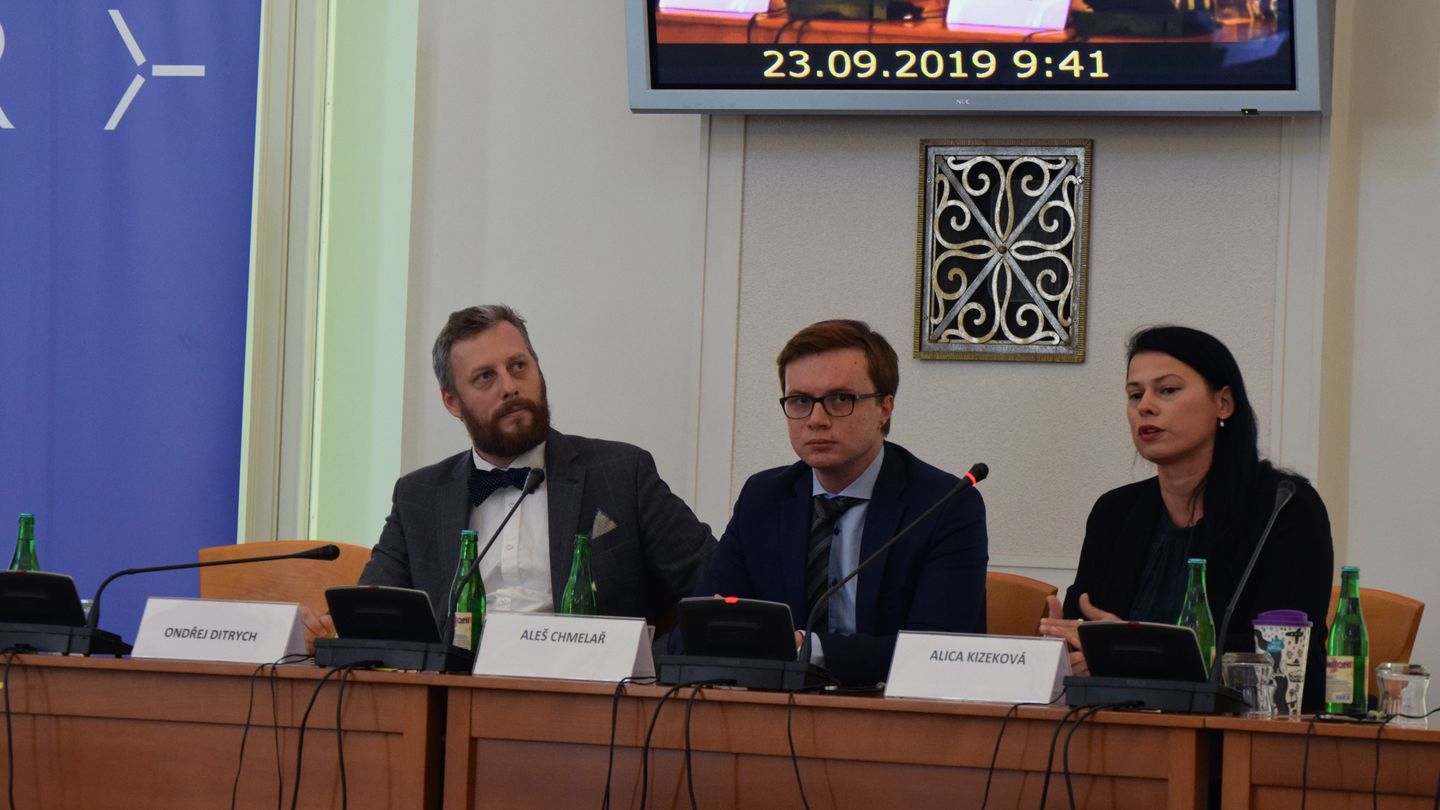 The Institute of International Relations is looking forward to hosting its already 11th International Symposium on "Czech Foreign Policy" with the topic "Fostering Multilateralism". You can look forward to many interesting speakers and intriguing debates. This year's conference will be held on 23rd and 24th of September 2019.

Keynote Speech: How Much Multilateralism Is Right, and How Do We Know? Lessons from Visegrad's Many Experiences

Rick Fawn Professor of International Relations at the University of St Andrews in the UK
10:30 - 10:45

Session 1: The V4 in the EU: A Successful Interest Group, or an Odd Bunch of Trouble-makers?

Since 2015, the Visegrad Group has been in an awkward position within, and vis-a-vis the European Union. On one hand, political coordination within the group has increased. Likewise, its visibility with regard to other partners, as well as the general public within and beyond Central Europe has also risen. On the other hand, however, this is to a large extent due to its record of criticising or even blocking the mainstream positions on a range of agendas: migration and asylum, rule of law and climate change. The panel will discuss the role of the "new" V4 within the EU, with particular focus on how coherent and successful the group has been. What are the key achievements and failures of the V4 within the EU since 2015? On what topics do V4 countries agree and where do they differ? What are the most important opportunities and risks connected to V4 cooperation, as seen from each of the member states?

Session 2: Multilaterialism and Asia: Measuring Rewards and Risks in the Era of the Belt and Road Initiative (Roundtable)

A distinguished roundtable of Asia experts will meet to share their thoughts on multilateral cooperation through various frameworks and in relation to China's activities under the Belt and Road Initiative (BRI). Their reflections will focus on local interactions in the Czech Republic and within the regional collaboration of 16 + 1 (17 + 1); there will also be an examination of EU-China relations, and the specific cases of Singapore, Malaysia, Vietnam, the Philippines and the Association for Southeast Asian Nations (ASEAN). The discussion will uncover ongoing changes and prospects for global governance in certain areas, such as energy or Arctic policies.The panelists will tap into their expertise and the latest findings and will also attempt to answer the following questions: What are the rewards and risks of participating in the China-led multilateral cooperation and are there consequences for not embracing the vision of certain countries or organizations? Do regional collaborative frameworks require reforms and if so, how likely are the participatory states to find an agreeable consensus? What is the role for the selected country / multilateral framework in fostering multilateral cooperation, considering the broader context, in the area of ​​joint interests?

Session 3: The EU Policies of Central and Eastern European States

As new EU initiatives are introduced in areas of spanning from defense to development, member states' approaches to them and their preferences are as variable as ever. Where do the Central and Eastern European (CEE) states see themselves in the future of the EU, what kind of EU do they want, and how do they want to achieve it? The panel seeked to explore how the European policies of the CEE states are formed on the national level as well as in interaction with their sub-regional and regional partners

The world trade order is undergoing a rapid transformation. This transformation challenges those European (small and large) open economies which have been its long-term promoters as members of the World Trade Organization (WTO) and/or the European Union (EU). However, the WTO-based order found itself in an institutional inertia by the mid-2000s. The minilateral free trade agreements such as the CETA and TTIP aimed at resolving this inertia. Negotiating them made the EU trade policy one of the main frontrunners in this asymmetric deepening of trade and investment relations. Since the mid-2010s, the liberal trade order has, however, been openly questioned by a range of protectionist challenges. Besides the unilateral threats of import tariffs, real bilateral trade wars, and Brexit contradictions, a long-awaited reform of the WTO is under discussion. • What is the likely course of the world trade reordering? Can the negative trends be remedied or are they likely to be reinforced? • What role is Europe (with or without the UK) likely to play in this broader remaking of the WTO-based order? • Can the principle of multilateralism be saved? If so, can it coexist with alternative visions of regulated global trade?

The matrix of relations between the EU and the Western Balkans is getting more and more complex and complicated. Some even argue that a full-fledged accession of all the Western Balkan countries to the EU is a fantasy that will remain unfulfilled. This panel aimed to take stock of the situation and focused on the current opportunities to move EU enlargement and integration forward. The questions addressed in the panel were: • Should the EU devote more attention to the reconciliation process in the Western Balkans and what tools it has at its disposal? • What instruments does the international community possess to stabilize the political situation in Bosnia and Herzegovina? • Should we pursue the Kosovo-Serbia dialogue as a comprehensive settlement to be achieved to be achieved as soon as possible or as a long-term process of normalisation? • What are the implications of the Prespa Agreement between Greece and North Macedonia for the process of EU enlargement?

New markets and increased migration have raised the interest in Czechia's relations with Africa, yet it remains focused on bilateral trade and development cooperation. While the Czech financial contribution to the EU's aid for Africa exceeds its whole bilateral cooperation, and the political and economic framework is decided in Brussels, there is a lack of public and expert debate around the Czech positions on, and contributions to, policy-making in the EU and other international organisations. At a time of increasing geopolitical competition, population growth and the climate crisis in Africa, this panel aims at depicting the state of EU-Africa relations, assessing Africa's global standing and drawing new ideas for the future of Czech foreign policy towards Africa. • How does Africa's position in global architecture change in the last decade? • Where are the ongoing negotiations on the budget for the EU's future external policy instrument (NDICI) and the future framework for EU-Africa relations (post-Cotonou) heading? • Is the African Union closing the gap between the countries north and south of the Sahara?

Fostering and maintaining a world order based on multilateral decision-making and diplomacy is not only in the interests of small states, which thereby receive a voice in global affairs, but should also be a crucial interest of powerful states, which gain legitimacy for their actions and the compliance of smaller states through it if they respect and follow rules set up by multilateral institutions. Multilateralism also decreases the costs of actions for all actors by pooling resources - a crucial aspect especially as the world faces environmental and security challenges that require large-scale investments and inter-state coordination. Nonetheless, the current state of international organizations and multilateral norms has its critics among powerful states, ranging from China and Russia to India and the United States. However, discussions on the reform of existing frameworks also include smaller players, such as the Czech Republic, Singapore or Australia, while the European Union is considered to be a status quo power with respect to the current design of multilateralism. • Is the current period a crossroads that will determine the future format of multilateralism by the implementation of necessary reforms? • Or will reform efforts fail, resulting in the emergence of increased regionalism and multipolarity, with each region and field following different environmental, trade, security and judicial norms? • Who will have the upper hand in reforming multilateral organizations?

This was an exclusive presentation of a new well-researched and conceptually innovative edited volume on EU member state relations with Kosovo. While there is a tendency to think of EU states in terms of two distinct groups - those that have recognised Kosovo and those that have not - the picture is more complex. Taking into account also the quality and scope of their engagement with Kosovo, there are four broad categories of member states that can be distinguished: the strong and weak recognisers and the soft and hard non-recognisers. The editors and chapter authors have introduced the origins and development of the research project, the conceptual ideas in the book, broad insights from the chapters, and briefly also the chapters about the Czech Republic, Greece and the UK. Tomáš Dopita - Senior Researcher, Institute of International Relations Prague, Czechia Ioannis Armakolas - Assistant Professor in Comparative Politics of South East Europe, the Department of Balkan, Slavic and Oreintal Studies, Univeristy of Macedonia James Ker-Lindsay - Visiting Professor, the European Institute, London School of Economics and Political Science, UK

The V4 and the UK: Potential for Stronger Co-operation in the Western Balkans

Evening talk at the British Embassy Prague. By Invitation Only. 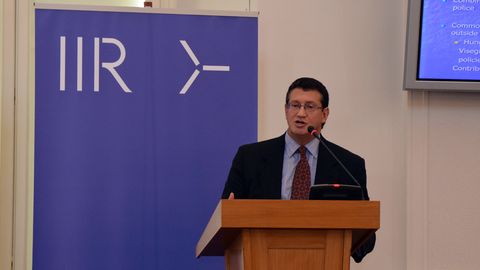