Turkey, Armenia, and the Politics of Genocide Recognition 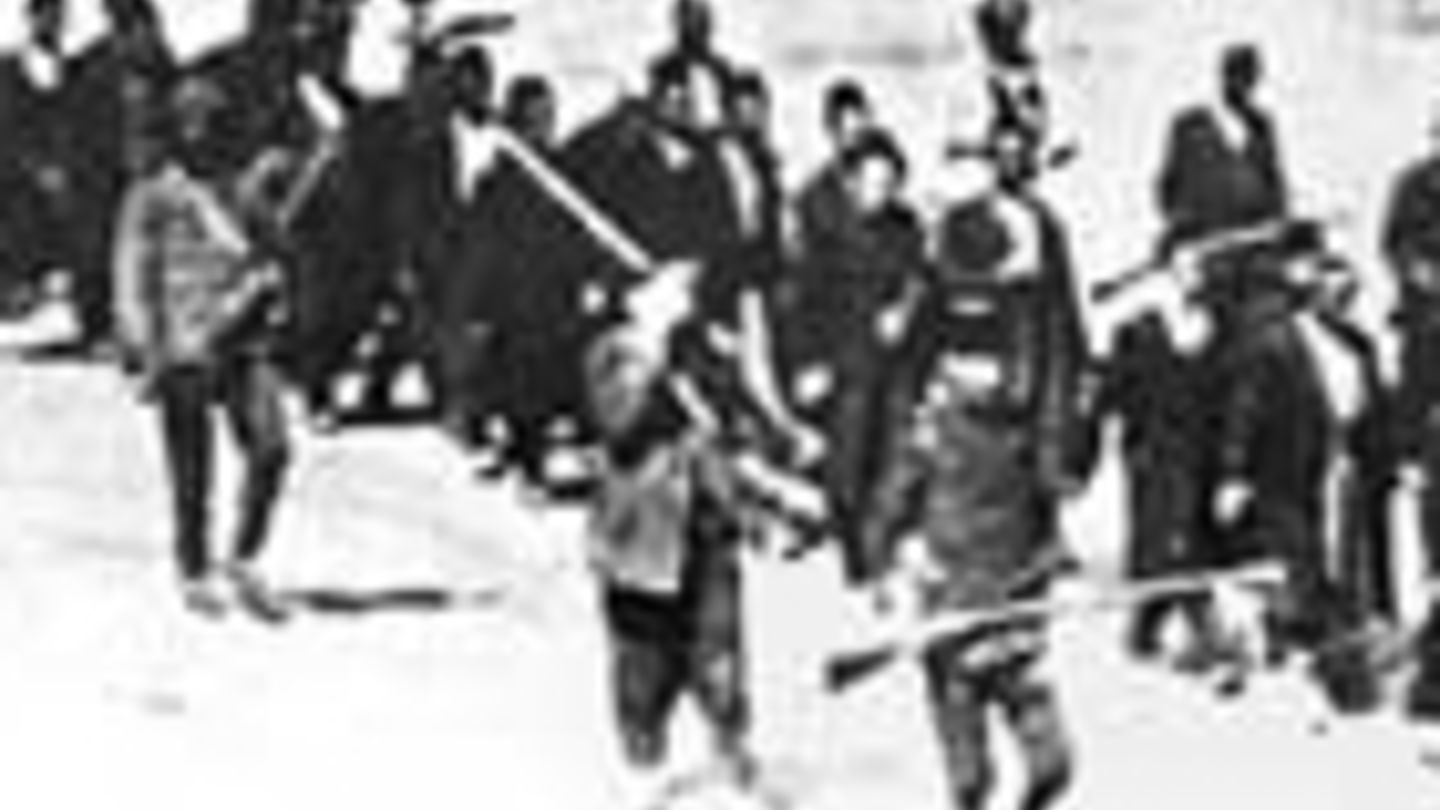 April 24th marked the centennial of what many have referred to as the first genocide of the 20th century. The anniversary of the tragic events in eastern Anatolia that claimed the lives of hundreds of thousands of predominantly ethnic-Armenian subjects of the Ottoman Empire sparked renewed interest in the historical circumstances of the massacres which the Turkish authorities have refused to acknowledge as an act of genocide.

Consequently, the political context of the genocide recognition has again come to the forefront of international reflections on the 1915 events. Armenian civilians, escorted by armed Ottoman soldiers, are marched through Harput (Kharpert), to a prison in the nearby Mezireh (present-day Elâzığ), April 1915. Source: Wikipedia Commons

For decades since its establishment in the early 1920s, modern Turkey has vehemently denied that genocide took place in the late years of its predecessor’s existence. Initially, the issue of genocide and its international legal recognition was raised by influential Armenian diaspora communities, based predominantly in the U.S. and France.

Importantly, members of these communities, being stripped of their historical homeland and having lost their relatives, have usually been the direct descendants of Anatolian Armenians. This made the memory of the 1915 events among diaspora members particularly painful, their stance on Turkey and the Turks oftentimes outright racist, and their demand to achieve the recognition of the massacres as genocide uncompromising.

It was not until 1965 that Moscow for the first time enabled Soviet Armenians to mark the anniversary of the massacres and refer to them officially as an act of genocide. References to genocide (tseghaspanuthiun) were made in Armenian history textbooks, while in 1967, a monumental memorial complex was built on one of Yerevan’s hills, Tsitsernakaberd, to commemorate the 1915 events. Still, Soviet authorities made no effort whatsoever to push forward the recognition of the Armenian massacres on the international scene.

Until the late 1980s, the issue remained isolated as a republican – and largely apolitical affair – with April 24th being commemorated annually as a day of national mourning. In this period, the memory of the genocide became a centerpiece of Armenian national identity as Armenians were self-portrayed as a nation of much suffering (mnogostradal'nyi narod), with religious overtones as a highly civilized “first Christian nation” that was destined to bear the cross of suffering.

In the final years of the Soviet Union, the issue of Armenian genocide became strongly politicized due to the growing tensions between Armenia and Azerbaijan over the status of Nagorno-Karabakh, with Azerbaijanis being increasingly and overtly associated with the (Ottoman) Turks particularly following the pogroms against Armenians in Sumgait (1988) and Baku (1990).

However, even the emergence of an independent state in Armenia in 1991 did not place the issue of the Armenian genocide recognition on post-Soviet Yerevan’s foreign political agenda. The government of the republic’s first president, Levon Ter-Petrosyan, refrained from raising the issue internationally, in a bid not to deteriorate relations with its strong neighbor and Azerbaijan’s key ally, Turkey, and to alleviate Armenia’s regional isolation imposed by the Karabakh war.

The situation changed dramatically in the late 1990s, when a new government was formed in Armenia by Nargorno-Karabakh-born Robert Kocharyan, the republic’s second president and the first representative of the emerging “Karabakh clan.” Back then, Armenian authorities made substantial efforts, in concert with diaspora Armenians, to push forward the genocide recognition. Curiously, Kocharyan’s ascent to power was largely associated in local public opinion with the infamous shooting in the parliament in fall 1999, in which two influential and popular politicians, Prime Minister Vazgen Sargsyan and parliament speaker Karen Demirchyan, were murdered.

In addition, Kocharyan’s presidency was accompanied with the massive appointment particularly in key executive positions of his fellow Karabakh Armenians, a case of regional clannishness hitherto unprecedented in Armenian politics. Kocharyan’s efforts, presumably dictated by his desire to build a reliable power base in the country, brought about significant indignation in the republic, with many Armenians referring to the newcomers, in allusion to their distinct dialect, culture, and behavior, as “Turks” or “Turkified Armenians.”

Against this backdrop, Kocharyan soon picked the genocide recognition issue in order to mobilize local public opinion in his favor, presenting himself as a devoted Armenian patriot at the nation’s service. In addition, Kocharyan – and his successor, close friend and fellow Karabakh Armenian Serzh Sargsyan – were both eager to rally the support of nationalist diaspora Armenians. Using the genocide recognition theme has also enabled Yerevan to raise money from the diaspora and deploy it as a tool in international political and economic affairs.

From a different angle, the issue of the Armenian genocide recognition, with its strong emotional overtones, is believed to help maintain national identity in Armenian diaspora communities, particularly among the youngsters, preventing them from assimilating entirely into mainstream communities. This issue has become all the more important given the continuous exodus of hundreds of thousands Armenians of young age to Russia, Europe, and the U.S.

In the meantime, since around the 1990s Turkey has seen a liberalization of its political and public space and Turkish authorities have somewhat modified their stance towards the 1915 events. While Ankara’s unwillingness to recognize these events as a genocide has prevailed, Turkish authorities, politicians and mainstream intellectuals have to various degrees acknowledged that hundreds of thousands of ethnic Armenians perished during the final years of the Ottoman Empire.

Yet, their argument proceeds, this was not the result of a deliberate state policy of annihilating a distinct ethnic or ethno-religious community, but rather the outcome of a civil war which took the lives of a similar number of the empire’s Muslim subjects. According to Turkish authorities, Armenians were deported to distant areas due to their co-ethnics’ anti-state activities; the collaboration between Armenian armed bands and the advancing Russian army and their rebellions in Eastern Anatolia, where thousands of Turks and Kurds were killed.

Turkey’s unwillingness to recognize the 1915 events as an act of single-minded massacre or genocide has been conditioned by a number of factors. First, admitting the fact of genocide would be tantamount to a “defilement” of the entire Turkish Army, a bearer of statehood, the authority of which was immense until recently. Second, with Turkish nationalism on the rise, a genocide recognition would be considered a slap in the face by a significant portion of Turkish society, especially if the ground is not paved in advance in public for such a move as the authorities have consistently referred to the 1915 events as the “so-called Armenian genocide” and “Armenian lies.”

Moreover, many in Turkey have come to interpret the entire genocide recognition issue as a mere tool in the agenda of Turkey’s enemies in the European Union to block its accession or to “humiliate” the Turks by means of fabricated accusations. Fourth, in off-record talks, many Turkish – and for that matter Armenian – intellectuals admit that following Turkey’s possible genocide recognition, Armenia may pave the ground for either claiming some sort of monetary compensation from Ankara, laying territorial claims on Turkey, or both.

Yet what Armenians have commonly claimed as part of their historical homeland, Western Armenia, has also been claimed by Kurdish nationalists as Northeastern Kurdistan. Hypothetically, in the unlikely case of Turkey becoming weakened to the point of disintegration, it is impracticable that Armenians numbering several millions would be in a position to take possession of the contested land, being confronted with dozens of millions of Kurds.

It was against this background that Turkey’s then Prime Minister Recep Tayyip Erdogan made a historical statement on the eve of the Armenian genocide’s 99th anniversary last year, offering his condolences to the Armenians over the “inhumane” events which he referred to as “our common pain.” Although Erdogan sought to relate to the 1915 events as a civil war, his words were deemed by many as the boldest declaration so far of a high ranking Turkish official.

However, pushed by Armenian diaspora communities and hardcore elements in both Turkey and Armenia, little progress has been made in Turco-Armenian relations since the failed attempt to establish diplomatic relations between the two countries in 2009. The issue of genocide recognition that has long been heavily politicized is simply too sensitive for Ankara to deal with beyond a “package agreement” with Armenia.

Yet should Ankara and Yerevan find a common ground for evening out their relations, Turkey’s current regime may be facing surprisingly less internal obstacles to recognize the fact of the Armenian massacres in one form or another, given the unprecedented weakening of the Army.

After all, in the light of Turkey’s gradually mutating state ideology away from nationalism to a more pronounced religious identity, current Islamic elites may ascribe the 1915 events to the “godless” reign of the Young Turks, who masterminded the massacres, thereby disengaging themselves morally from the perpetrators.

Editors note: This article was simultaneously published in CACI Analyst.

Emil Aslan Souleimanov is Associate Professor with the Department of Russian and East European Studies, Charles University in Prague