Scotland’s Future in the UK and Europe 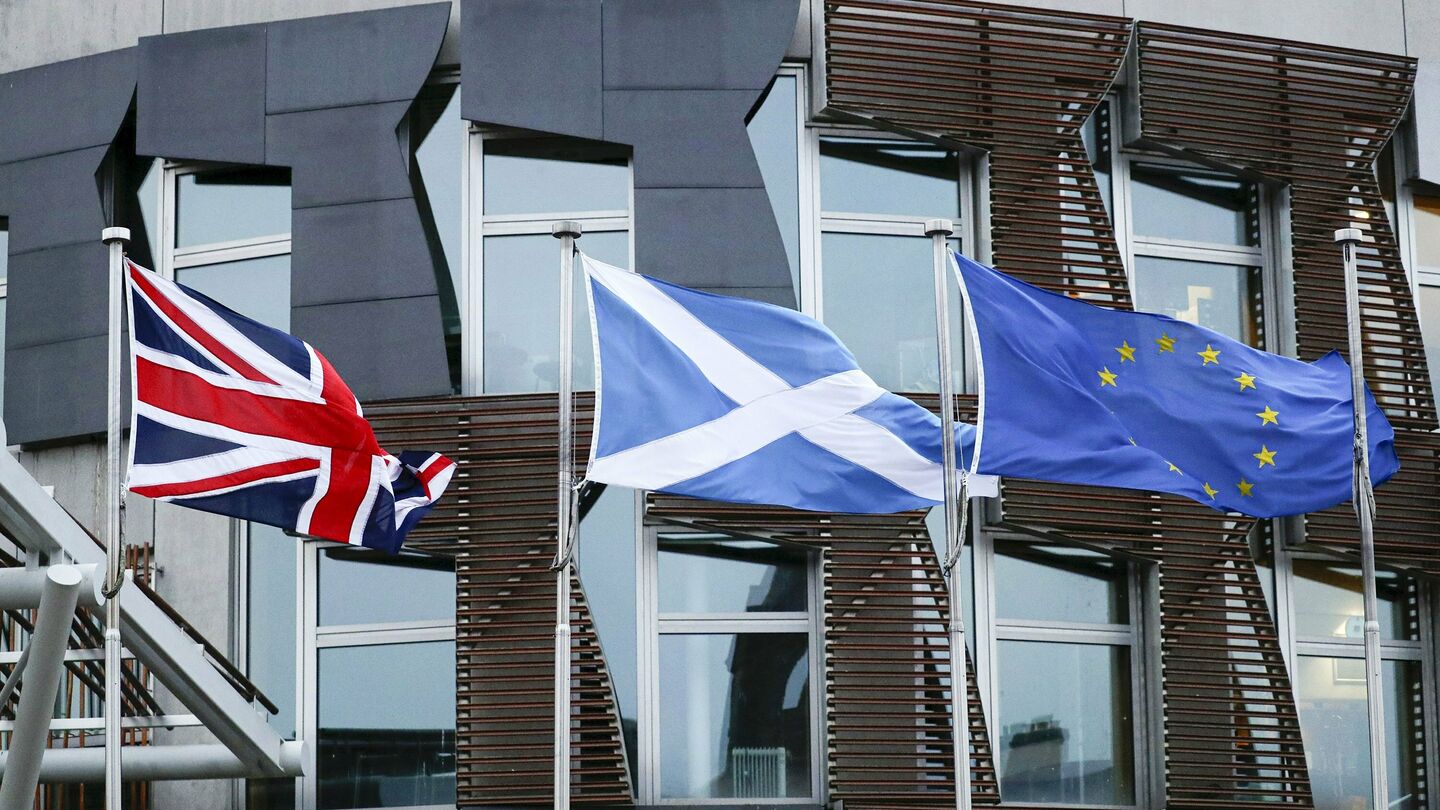 Scotland stands at a crossroads. Following the EU referendum vote in June of 2016, Scotland’s First Minister Nicola Sturgeon made it clear that the possibility of a second Scottish independence referendum should not be discounted. But, by voting decisively to remain in the EU and the UK, the Scottish electorate have pushed the SNP-led Scottish government into showing its hand. Given the ongoing political turmoil and the potentially disastrous implications of Brexit becoming a reality, now seems the time to push for independence, but the path leading there is far from clear.

On the 23rd of June 2016, 62% of Scottish voters voted to remain in the EU – an unequivocal declaration of support for the European project. Scottish voters, just 21 months prior, also voted in favour of remaining in the UK, with 55.3% opting to maintain the 300-year-old union. The first Scottish independence referendum was billed as a ‘once in a generation’ event, but the Scottish National Party (SNP) has been clear in its stance: if the UK voted to leave the EU whilst Scotland did not, they would have grounds to demand another independence referendum.

The result of the EU referendum has given Nicola Sturgeon, leader of the SNP, the chance to cast Scotland as a distinctive, European nation, a nation whose interest in remaining European she must seek to protect. She calls for a “new spirit of Scottish assertiveness”, in what is proving to be the most tumultuous period for the UK since the end of the second world war. At every occasion, the SNP has advanced a rhetoric of undemocratic imposition over Scotland by the UK government, and they have pulled no punches in deriding what they see as the ineptitude of the current Conservative minority-government’s handling of the EU negotiations. Sturgeon bemoans the “ongoing horror show” of the EU-UK negotiations, claiming that the UK government lacks clarity in its vision for a post-Brexit Britain. She and many others argue, and not without merit, that there are no possible outcomes from Brexit that will not harm Scotland and the UK.

In the middle of January, she set out the SNP’s stance on independence with more clarity: once the nature of the future relationship between the EU and the UK becomes clearer, probably around late autumn this year after the European and UK parliaments vote on the Brexit deal, she will decide whether to call for another referendum. She has pushed for the closest relationship possible, advocating for the UK to remain in the Single Market and Customs Union. Anything less, and she may well be forced to pull the trigger.

The consensus amongst most academics, think-tanks, interest groups of all manner, and politicians, both before and after the vote, is that Brexit will surely impact the UK economy in a manifestly negative way. This view is now echoed by the UK government’s own impact assessments, recently leaked to the press, which state that in every conceivable future configuration of the UK’s relationship with the EU nearly every sector of the economy will take a hit. The possibility of these blows being softened by maintaining some aspects of EU membership appears slim. Red lines set by the UK, principally the end of the free movement of people, will make it impossible for Single Market membership to continue. The possibility of forming a new Customs Union, recently announced as the position of the Labour Party (the official opposition), has been slammed by influential Brexiteers and attacked by the right-wing press as backsliding treachery. The Conservative government is pressed by these forces to align itself with a ‘hard’ Brexit position, which is supposedly necessary in order to carry out the ‘will of the people’. This means that the UK will have to accept a trading relationship with the EU akin to that of Canada, and the resulting shock to the economy will be hard to mitigate.

Negotiations have been slow, arduous, and awash with ill-feeling and confusion. It took a long time to come up with very little, and the results of phase I look very much like the EU’s starting positions. This should be taken as indicative of things to come as the UK advances towards the incredible volume of negotiations required by phase II. The progress thus far indicates that a continuing period of uncertainty, with no guarantee prospect of a bespoke free trade deal at the end of it, beckons. The outlook is far from rosy. Nationalists have seized upon this to press on with their raison d’etre.

Somewhat paradoxically, while at once seeming the best time to push for independence, a push that the SNP promised voters should such a situation arise, another vote will almost certainly result in failure for the nationalists and could very well spell the end of the independence movement, for a generation at least. Regardless of all the bluster and rhetoric espoused by Nicola Sturgeon and the SNP, there is a prescient fact that should force a pause for reconsideration: there is no correlation between support for independence and support for the EU.

By looking at the results of the last UK general election, and to a lesser extent the results of the 2016 Scottish parliamentary election, the true volition of the Scottish electorate starts to become apparent. After an astounding result in 2015, in which the SNP hoovered up 56 of the 59 Scottish seats at Westminster by riding an incredible wave of post-referendum support, Sturgeon’s party has seen its dominance wain. They lost 21 seats whilst running on an explicitly pro-EU, anti-Brexit platform, primarily to Labour and the Conservatives – two parties committed to extricating the UK from the EU. This could be a continuation of a trend that was first revealed in the 2016 election, in which the SNP lost its parliamentary majority, and voters signalled increasing support for the Conservative and Unionist Party. After nearly 10 years in government, it is perhaps unsurprising that the party could begin to lose its appeal, but in Scottish politics, the question of independence is always bubbling away just under the surface.

Looking directly at the issue, appetite for independence has not grown in simple yes/no polling since the EU referendum, save for one blip in the immediate aftermath of the vote. Levels of support have ranged between 36-47%, with the average of all polling since the EU referendum sitting at 41%. Even allowing for a 4% margin of error – and given how wrong pollsters have been of late, this must be incorporated – current levels of support for independence do not bode well for any second referendum. The reason behind this and the electoral failures is quite simple, but all too often overlooked: the independence movement is not a homogenous group. Tying the Scottish independence movement to the SNP is almost irresistible to many political commentators and the public at large. Doing so, however, obscures the fact that the movement is a very broad church. Even the SNP, though characterised as leftist and social justice orientated, displays this diversity clearly; prior to entering politics, Alex Salmond (former leader and preceding First Minister) worked as an economist for the Royal Bank of Scotland, and his tenure as First Minister is marked by a pragmatic blend of socialism and neoliberalism.

All of this should not come as a surprise. From socialists to conservatives, cosmopolitans to isolationists, communists to the far-right, they are all accounted for in the independence movement in varying numbers, and membership of the EU has no consensus between them.

Moreover, the fact that the movement is a nationalist one cannot be overlooked. How that concept is construed is up to those who advocate for it, but it is not hard to see how one might extend the logic of independence from Westminster (a foreign government in many nationalists’ eyes) to Brussels.

Though much was made of EU membership during the independence referendum, it is the economy that has been found to be the key deciding factor for most voters. People vote with their wallets, so the saying goes, and this was most definitely the case for Scotland in 2014. Uncertainty over oil prices, currency, trade with the rest of the UK (rUK), and, yes, EU membership all played a central role in deciding which box a great many number of Scottish voters would cross. In 2016, this fear and uncertainty reared its head once more.

Directing attention onto the impending economic shock rather than on simply retaining EU membership is a far savvier strategy for any future independence campaign. But, if Scots are as risk averse as their voting patterns seem, this too could be a futile move. The big economic questions from the first campaign have not been answered. In fact, there are probably more now than previously; oil prices have since collapsed, Scotland now runs an even greater deficit, and trade with the rUK would be much more complicated when an independent Scotland re-joined the EU.

Even in the event of a yes-vote the second time around, Scotland would probably face stiff opposition to EU accession, given the current turmoil in Spain over the Catalonian vote in October 2017. The possibility of the Spanish utilising their veto to prevent swift accession, as Madrid indicated they would in 2014, lingers. Though statements to the contrary have been made, attitudes have hardened in Spain since, and no one should expect Scotland to receive special treatment.

Another crack of the whip is there to be taken if the SNP wants it. Victory is far from guaranteed, and the risk that failure could freeze the independence movement in its tracks for a generation looms large. A gamble now, which if Scotland votes yes would see it independent and out of the EU at the earliest around mid-2022, is painfully tempting. But, the issues laid out here are too salient to ignore, and Nicola Sturgeon does so at her own peril.

About the author: Blair Clark is a master’s student studying International Security and Law at the University of Southern Denmark. He previously obtained an LL.B. in Law from the University of Edinburgh. He was a Research Assistant Intern at the IIR.

Eaton, G. (2017). Why the UK has the weakest hand in the Brexit negotiations. The New Statesman. [online] Available at: https://www.newstatesman.com/politics/uk/2017/12/why-uk-has-weakest-hand-brexit-negotiations [Accessed 6 Mar. 2018].

Eichhorn, J. (2017). Brexit alone will not decide a second Scottish referendum – but its perceived economic impact may. [online] Available at: http://blogs.lse.ac.uk/politicsandpolicy/brexit-alone-will-not-decide-a-second-scottish-referendum-but-its-perceived-economic-impact-may/

Torrance, D. (2018). Why Sturgeon has to keep a second referendum both on and off the table. The Herald. [online] Available at: http://www.heraldscotland.com/news/15812665.David_Torrance__Why_Sturgeon_has_to_keep_a_second_referendum_both_on_and_off_the_table/ [Accessed 6 Mar. 2018].