Women in Politics: Is Malaysia heading for a first female PM? 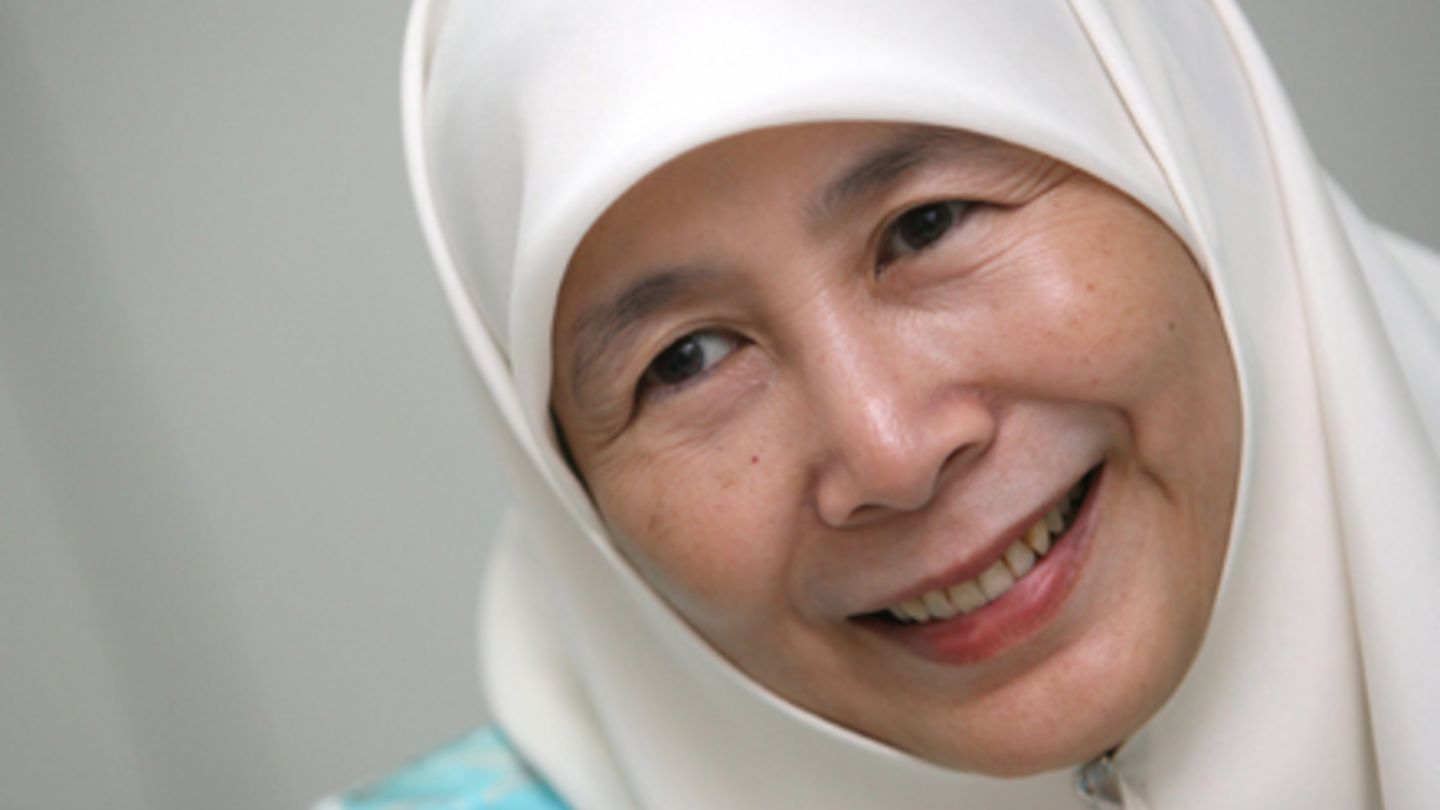 Is there any eventuality for a very first female PM in Malaysian history? Yes, indeed. There are, however, utterly specific buts for this to happen any time soon. Nevertheless, before explaining these circumstances, it may be indispensable to characterise the contemporary political environment among top (male) officials, so that one may better comprehend the opening line of presented article stating the lack of affirmative prospect in favour of a female PM. And thus, how may one depict the general stances and situation of women in Malaysian politics? The region of Pacific-Asia does not appeal to be known for females in political affairs as much as in the case of Latin America which has already witnessed many not only female ministers, but even female presidents, too. The only and infamous current situation of a female president may be found in South Korea who presidency had resulted in a leading case of impeachment over there. Lately, there has been appearing a question whether Malaysia might be the next to have a female leader as PM, although the country is not the only one lagging behind in this matter in comparison with other neighbouring countries.

The country is being led predominantly by male representatives, including the position of PMs who were always members of the UMNO party representing the BN (The National Front) governing formation, formerly known as the Alliance until the BN was founded in 1973. There have been, however, female representatives in higher political positions. Overall, one may refer to eleven cabinet ministers and 25 deputy ministers until nowadays (May 2017).

The first female minister, Mrs Fatimah Hashim, was appointed in 1969 in the cabinet of governing PM, Tunku Abdul Rahman after the third general election in the same year (GE3 1969); she oversaw the Ministry of Social (later General) Welfare and so did her female successor in 1973, Mrs Aishah Ghani. Subsequently, the female ministers were in charge of soft skill oriented Ministries as in the beginning, meaning the Ministry of National Unity and Social Development, Ministry of Youth and Sports, Ministry of Tourism, and Ministry of Women, Family and Community Development.

There is one exception if one consider the female ministers in Malaysia as contributing to family and socially directing areas, Mrs Rafidah Aziz who had held the ministerial office for five times and whose portfolios were within the Ministry of Public Enterprises and Ministry of International Trade and Industry then. The highest increase of female ministers took place during the governance of Mahathir Mohamad (Dr M), counting ten female ministers in total. Yet, the number is rarely significant due to the period of doing so by Dr M because these ten women represented ministries within the twenty years lasting term of the PM. Abdullah Ahmad Badawi, on the other hand, appointed six female ministers from 2003 to 2008.

The current PM, Najib Razak, has selected just five women to be ministers during his rule from 2009 up to the present time. At present, his contemporary government is comprised of three women as summed up in Graph 1 (see below). Therefore, there may be observed a slow increase, however, it is necessary to bear in mind that some female ministers were in office more than once. The record reappointment occurred in the case of Mrs. Rafidah Aziz. As mentioned above, she took office for five times. The average rate of reappointment within eleven female ministers is 2.36. And so, four of these female ministers were in office three times.

Regarding to this amount, one may discuss the work of these as follows: Mrs Aishah Ghani, Mrs Siti Zaharah Sulaiman, Mrs Shahrizat Abdul Jalil, and Mrs Azalina Othman Said. The rule of Najib Razak has observed the highest amount (18) of female Depute Ministers from 2009, whilst Dr M’s governments had only 15 female deputy ministers from 1982 – 2001. In general, the portfolios and ministries in the case of deputy ministries differ across and include e.g. Ministry Urban Wellbeing, Housing and Local Government, Deputy Ministry of Health, Ministry of Works, Ministry of Finance and others. And therefore, it is not feasible to generalise, as in the case of regular ministries whether female Deputy Ministers are given more socially and/or family oriented positions. Graph 1. The numbers of appointed female ministers in accordance with the PM order. Source: Author 2017. Note: Mind the time periods of rule as stated in the paragraph above.

With respect to other germane political rankings, women may be even found in the Dewan Rakyat and Dewan Negara. There have been 70 female representatives in the lower chamber, Dewan Rakyat, from its foundation in 1959 until 2017. After the first general election, there were only 3 women, respectively 4 after the election of 1963. The number of women had been increasing slowly until the turn of the seventh and eighth elections (1986 and 1990) when the boundary of ten was exceeded. The rate of female representatives in this chamber, however, may not be distinguished by any significant number in comparison with other countries.

Only 24 in 222 members of Dewan Rakyat are women which means the 10.8 % share in total. Since the GE10 in 1999, the overall percentage number of women has constantly got stuck around the range of 10 – 11 %. No progress has been made so far. Dewan Negara shall be divided into two separate cases in accordance with the institution which elects or nominates the person into the chamber. First, candidates are elected by the State Legislative Assemblies which is conditional on the Malaysian State of representation by the candidate. Second, candidates are nominated by the PM and appointed by the King, Yang di-Pertuan Agong. Hitherto, the latter has introduced and appointed a higher number of women into office.

The upcoming general election is set to be officially held next year, in 2018. In the beginning of 2017, however, the PM, Najib Razak, intended to call for an early election due to the losing popularity not only of his party, UMNO, but rather of his personality as a leader of the country as such. The reasons have been analysed quite rigorously by the international researchers and journalist, since it is not only the loss of popularity vote in the last general election in 2013 (GE13) but also the fact that the Prime Minister has been facing a serious investigation due to the financial mishap when, according to allegations, he had misused the financial means from 1MDB (1Malaysia Development Berhad) costing about £2.66bn to his personal benefit. The two aeroplane accidents of national airline company (Malaysia Airlines) did not aid him either, even though he could have used them to modify his reputation.

And finally, the more serious censorship aiming at the newspapers, television, and social media does not break the deadlock of his low rate popularity making him the least popular PM in history as stated even by Merdeka Centre. Moreover, the former Prime Minister, Dr M, who was the first to be responsible for imprisoning the opposition leader, Anwar Ibrahim, has decided and declared to join the opposition forces against Najib Razak. And it would not be neither the first time of doing so, nor the last one as one may expect, albeit the age of Dr M. (Mahathir Mohamad, born in 1925, is turning 92 in 2017 but it is not an obstacle to keep him from politics).The former situations when Dr M got rid of his opponents is being called “3 in 1” since he was always able to influence the circumstances in his favour and defeat everyone, especially as the term states: the three highly positioned politicians were toppled or even imprisoned. Recently, Dr M has left the UMNO party and emphasized his preference towards the opposition which was not approved with a distinctive enthusiasm of the people, and a reserved reaction may be observed from the opposition leaders as well.

A chance for a female PM?

There is the striking point of nowadays. The weak opposition, contemporary led by the newly founded block called Pakatan Harapan who substituted the Pakatan Rakyat formation from 2015, may be thus found in uncertainty. On one hand, the former Prime Minister, Dr M, who still possesses a substantial popularity and leverage, is offering to assist in changing the inner political affairs and the whole system by vanquishing the 60 years governing BN. Nonetheless, on the other hand, Dr M is the strong personality who powerfully ruled the country for twenty years and came in for criticism as authoritarian in his governing practices.

Moreover, the leader of the opposition formation Pakatan Harapan that is lead a priori by PKR Party, is a spouse of imprisoned Anwar Ibrahim, Mrs Wan Azizah Wan. If she (i.e. her party) wins the next election in 2018 or any early one as the opposition calls upon too, she shall be the one designed for the next and seventh PM of Malaysia. The troubling issue regarding the eventuality of a female PM is not the date of this general election or manipulation in Malaysian electoral process, but it is her determination to run for the office instead. As she just mentioned during an Al Jazeera interview, her resoluteness to win the election is clear, but becoming PM is not.

The reason may be understandable for conservative Malaysians, Mrs Wan Azizah Wan is willing to hand over the position to her husband after being freed from jail as she hopes. The more backup to her husband she has suggested, the lower chances for winning the election decrease. Although, psychologically voters could be satisfied with voting for an opposition leader, the question is whether they are about to vote for him or her. And it represents a significant difference. Regrettably, Mrs Wan Azizah Wan also stated that she wants to pass on the premiership to her husband because he is a “better leader” and affirmed cooperation with Dr M, notwithstanding the historical issues.

That might be the moment when she scored an own goal and tripped up any last chances for the opposition to rise from the ashes. Furthermore, it remains unclear what role would be played by Dr M. Is he going to make Najib Razak leave office and the leadership of UMNO or install someone else indirectly via his influence from the governing UMNO or the opposition? And is he even able to increase the votes for the Malaysian opposition in the gerrymandered country he had created?

There are chances, but the obstacles prevail

Slightly disappointing is, however, that Malaysia is not going to have a female PM, not because the wife of Anwar Ibrahim does not wish so, it is because the electoral obstacles and the bias of the electoral law and practices will not allow the opposition win. The further question is whether a victory of the opposition would be conducive to Malaysia and its economic, social, inner and global growth since the parties of Pakatan Harapan are not strictly in agreement and its parties are still weak in comparison with UMNO, which also faces its interior state of upset and agitation. And what to expect of PAS, Malaysian Islamic Party, which holds the balance of power, is always unpredictable. And so, despite having a tiny chance to have a female PM, the vast range of barriers amid Malaysian politics imply quite the opposite.

Martin Petlach is currently doing his PhD in Comparative Politics whilst reading at Palacky University in Olomouc, Czech Republic. His research interests concern politics of Malaysia, Spain, and non-democratic regimes in association with social neuroscience.