New report prepared by the European Think-tank Network on China (ETNC) is out with a chapter from our researcher Rudolf Fürst. Institute of International Relations Prague is proud to be a contributor to ETNC´s joint publications.

The new report from December 2016 is a collection of studies on Chinese "One Belt, One Road" (OBOR) initiative aiming to boost its regional integration and its connection to EU and its member states.

Rudolf Fürst's chapter The Czech Republic: New Strategic Partnership with China, yet Little Real OBOR Touch analyzes the Czech-Chinese relations. Czech bilateral relations with China have reached their strongest yet level in terms of political agenda, and the first relevant investment flows were confirmed during the inaugural visit of a Chinese President to Prague in 2016 and the declaration of the strategic partnership. The Czech Republic’s new pragmatic policy is based on a strong domestic consensus and takes advantage of the regional format of China plus the sixteen post-communist European states (CEE 16+1), as well as the EU–China strategic partnership. The OBOR project, of which Prague has declared its support, provides only a little impact on the bilateral ties. In fact, China’s OBOR diplomacy in the Czech context has so far remained only partly synthetized with Czech domestic priorities. Recent Chinese acquisitions and investments have focused on financial services, health care, aviation, transportation, media, tourism and real estate. Czech export ambitions in China have received no significant upgrade from the political agenda. Moreover, Chinese OBOR-related investment priorities found insufficient opportunities from Czech energy and infrastructure bids. 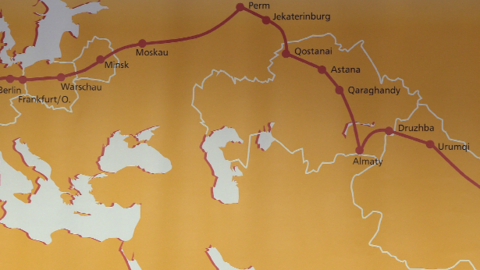