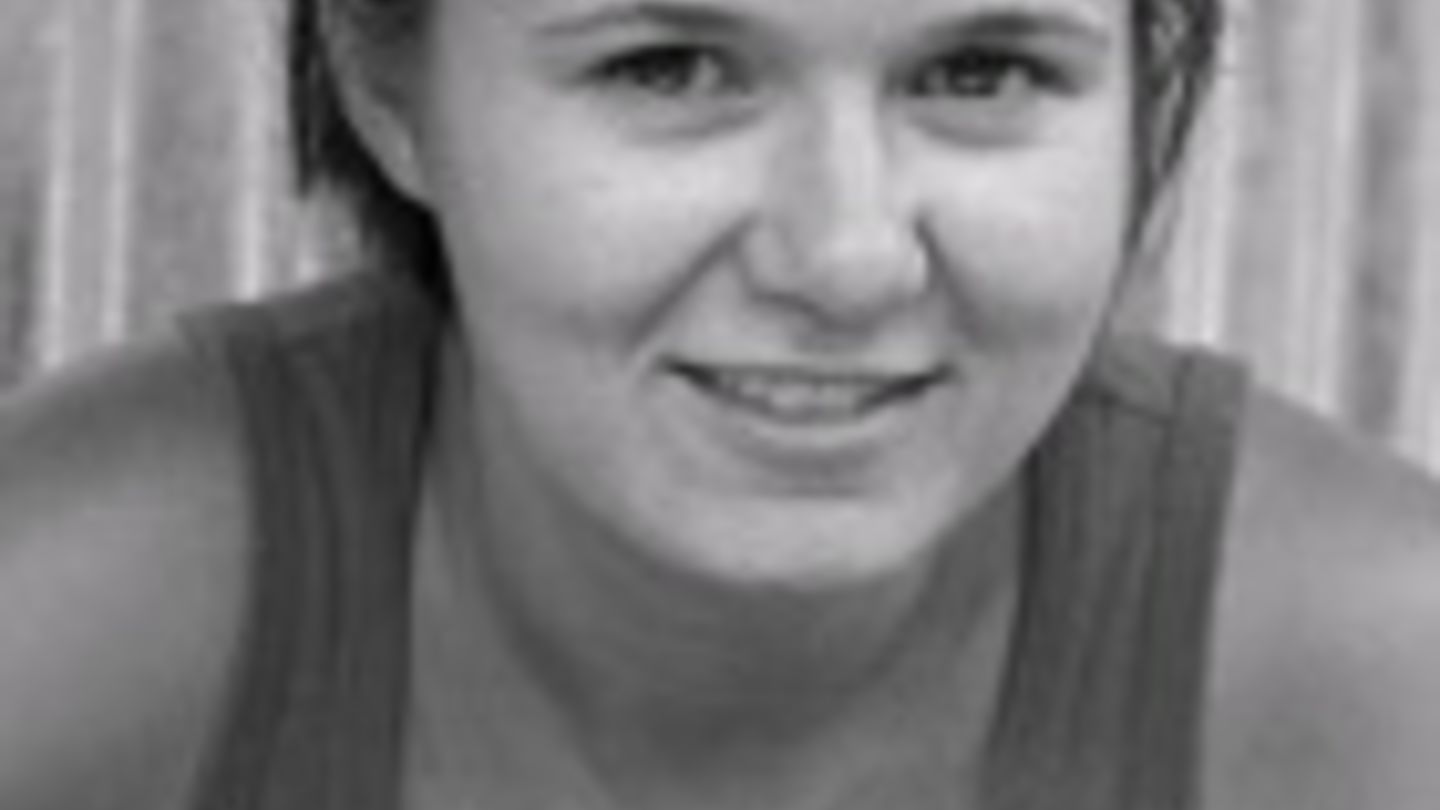 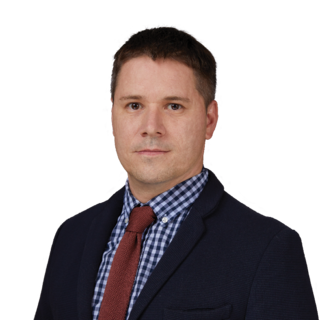 Interview for Mezinárodní politika with a  well known anthropologist Ela Drążkiewicz-Grodzicka. ‘Polish political parties have a very nationalistic rhetoric when it comes to foreign aid’, says the anthropologist Ela Drążkiewicz-Grodzicka, a Marie Curie Fellow at Maynooth University in Ireland and one of the co-authors of the new book Development Cooperation of the ‘New' EU Member States: Beyond Europeanization.

I think aid is a very good window to see who we are and how we perceive the world and our role in it. Aid is about our position amongst other countries and our role in international relations. It’s also about the way we see our own history and our place in the global power relations.

What is specific about the place of Central European post-communist countries in the global aid architecture?

I have always been working on Poland but I think its case is representative of what is going on in Eastern Europe or in what some would like to call ‘Central European countries’. Those countries that were under the transition during the 1990s recently entered this new stage: they went from being recognised as communist countries and Second World citizens to being recognised (or at least attempting to be recognized) as First World citizens and a part of the West. From my point of view, from an anthropological angle we can say that foreign aid became one of those ways to prove that Poland and other Eastern European donors are mature and developed and that they have the legitimacy and ability to assist others in their journey towards development. If we have a capacity to assist others, it means that we have already done our homework, and that we are already developed.

In Poland aid legitimization takes different forms and you even talk about a generational divide. Why?

I would definitely say that there is, on some levels, a divide among generations. In the development aid industry, the most powerful stakeholders are in their late 40s, 50s or 60s. I would say that their biggest interest is in supporting Eastern European countries like Ukraine and Belarus, and focusing on civil society and democratisation. This is driven by their own experience of fighting the communist regime and being involved with the Solidarity movement. For some people it might seem non-orthodox, even nationalistic at some levels, but I think it is understandable; this is their very valid experience, a major part of their life, and they build on it... At the same time, though, you have new generations which do not share that history, or have a bit different perspective on it. You still have young people interested in democratisation and the eastern trajectory of Polish aid. But you also have a cohort which looks in another direction, which talks about poverty eradication and is focused on Africa. For them the primary identity is not the one focused on Polish history, and transition, but the one where Poland already is a part of the global puzzle. For both groups modernity is a very important feature organising their actions. But they play it out differently. They look for sources of power elsewhere – the first one does it internally, the other one externally. Because the cohort which is focused on Africa is a minority within the Polish development scene, they look for a bigger player to justify their action, to empower them. For them the centre is in Brussels. And sometimes it appears as if they were quite uncritical of what the West does.

So the newcomers do not really question the Western approach to Africa?

Yes indeed. For instance, a big part of their narrative validating the Polish interest in Africa is mere rhetoric: if the West is focused on Africa and economic assistance, Poland should also prioritise these issues. I am simplifying here, of course. But again the argument is made that since in the UK, France, Belgium, etc., there is a kind of tendency to understand development as assistance towards Africa, and these donors have decades of experience in this area, this must be a right thing to do. In this rhetoric Western donors are presented as these highly moral players, as if their choices were not driven by politics. Personally I find this rhetoric problematic, but I do understand the mechanisms leading to these discourses. In order to be treated seriously in Poland, these Polish activists who are interested in the African trajectory of foreign aid must point to something bigger than themselves. Also this narrative is the perfect example of the struggle with modernity: as I said it concerns everybody, to point to the West as the example is to act precisely according to the following way of thinking: if you want to be modern, follow the West, or otherwise you will have no right to be recognised as a member of the exclusive First World club. So having these two groups playing on one quite small Polish development scene creates a sort of a clash: you have some people saying, ‘let’s go to the East’, and some people saying, ‘let’s go to Africa’.

Are any of those diverging attitudes related to major political forces in Poland?

Oh no, that’s very interesting. They are dispersed in both of the political camps. When you look at the speeches of the late president Lech Kaczynski, they were almost the same as what Bronisław Komorowski would say, or what Radosław Sikorski was saying about foreign aid. The rhetoric behind the statements is the same, regardless of whether we are talking about the very far-right or the less far-right, as I would call them. Both Prawo i Sprawiedliwość and Platforma Obywatelska have a very nationalistic rhetoric when it comes to foreign aid. For both, it is very much about bringing back the legacy of the Solidarity movement and starting another transition in our region as a global solidarity movement transmitter. Both camps might have different ways of executing or managing aid, but I don’t think they are much different in their general trajectories. But again, it will be interesting to observe in the next four years if things will change much, now that there is a major political change in the country.

Are these political ideologies shared by the society at large?

Not to homogenise our society, but I would say yes. State elites, the public administration, NGO activists, these are all members of the society. They use the same repertoire of symbols and narratives as all other Polish people. We were indoctrinated by more or less the same schools, universities, and churches. And their divisions just reflect the divisions in society. In the same way, the choices they make in regard to whom direct foreign aid will be sent reflect the same sentiments and fantasies about distant strangers in Ukraine or South Sudan.

So this rhetoric is not shared only by the Polish elites…

What I would say may be a little bit against what the most vocal non-governmental organisations in Poland would claim. I think that people are much more willing to support what Poland is doing in Eastern Europe than what it is doing in Africa. And that’s because Poland has this identity of being neither the East nor the West. As I already said, the general involvement in foreign aid can be interpreted as a way to claim a membership in the Western club. But the very decision to prioritise democratisation and Eastern Europe is done vis-a-vis our strongest Eastern neighbour, that is, Russia.
I remember when I was doing my research, one of the NGO representatives said to me, ‘It’s very clear; whenever there is a conflict between Russia and a third country, people suddenly start donating so much, not because they are very fond of these other countries, but because it is a war against Russia’. The same goes for whenever there is a protest or fundraiser for Belarus and Ukraine. People never go in such large numbers to fundraisers for Africa.

We clearly see that aid is crucial for our motivations and identity. But moving to the other side, what is the impact of the Polish aid on the recipients? Is it worth the money spent?
That’s a very different question for a very different research. I am not sure if I have an answer to that question. I did my research in South Sudan, and again my research was focusing on the issue of emerging donors rather than aid effectiveness. But I made quite a few interesting findings. First of all from the Southern Sudanese perspective Polish NGOs were just foreigners, white people, and the Southern Sudanese did not see much difference in who delivers aid to them. Secondly, unfortunately, as I came to realise, donors like Poland do not bring much new to the table. They claim they have a comparative advantage because they do not have a colonial history, but my research shows that the pattern of their behaviour, of delivering aid, is very colonial and similar to that of the West.

Would then the aid provided to the Eastern neighbourhood be more effective after all?

I haven’t done research in the East, so I don’t know much about it. But I think foreign aid is always an imbalanced relation. Poland might not have been a colonial power in Africa, but it does have a colonial history with Ukraine. For a few centuries, Polish families were the ruling elites of Ukraine, owning big portions of the land. Moreover, the Polish involvement in Ukraine is extremely political. It’s very clear that Poland is supporting pro-EU activities. And I think it’s very hard for people in Poland to accept that there might actually come a time when Polish activists working in Ukraine will hear the phrase ‘No, thank you very much, but that’s enough’. Just the same way, Polish people at some point thanked their Western donors for their assistance and involvement in the country.

Ela Drążkiewicz-Grodzicka is a Marie Curie Fellow at Maynooth University in Ireland and one of the co-authors of the book Development Cooperation of the ‘New' EU Member States: Beyond Europeanization of the editors Simon Lightfoot and Ondřej Horký-Hlucháň. She is also Associate Editor of the journal New Perspectives.