The Global Trade Regime in Crisis 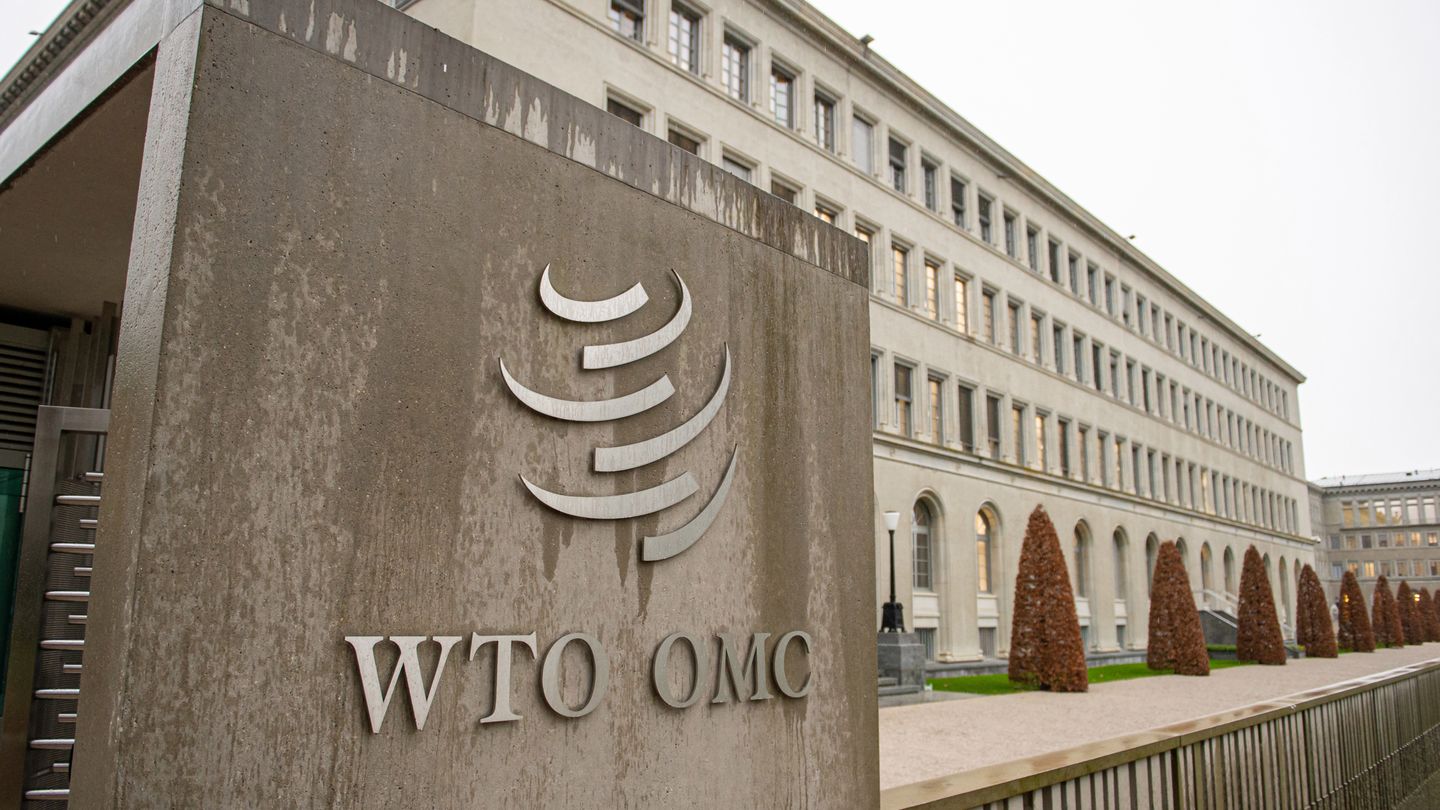 The global trade regime, with the World Trade Organization (WTO) at its center, is in deep trouble. Until recently the most visible site of these troubles has been the rule-making, negotiation pillar of the WTO, most prominently the multilateral Doha Development Agenda (DDA), or the Doha round of trade liberalization talks. Now, the problems of the system are spreading with increased intensity also to the Dispute Settlement Mechanism (DSM), or the court of the WTO, which has been so far seen as performing relatively well.

For seventeen years now, WTO members have been unable to agree on any new meaningful rules for the regulation of global trade. The Doha round was launched in 2001, in the aftermath of the 9/11 attacks, precisely to deliver on this target – to update and create new rules for trade at the highest global level. Yet, it failed to deliver any tangible outcomes and for several years now it has been (informally) considered de facto dead. At the WTO level, trade is today governed by rules that have been agreed upon in 1994, with the conclusion of the previous ‘Uruguay’ round of negotiations. The agenda of the Uruguay round, however, was set up as early as 1986. In their substance, the rules of global trade today are thus 30 years old. Of course, in that time the global economy has gone through rapid changes, deepening global economic integration, and dynamic advances in a number of spheres, such as electronic commerce or services. The persistent deadlock of the rule-making pillar of the WTO leads it to increasing irrelevance. And of course, as a consequence, states seek alternative, smaller scale formats for cooperation: regional and plurilateral agreements, involving typically several dozen members. These schemes, and the political investment of the states in them, further undermine the multilateral system in the long-term.

Over the last several years, and increasingly visibly under the Trump US administration, the highly visible crisis of rule-making is joined also by problems of the thus far functional dispute settlement pillar and the DSM. The Mechanism has found itself under increasing attacks from the US administration. The most prominent institutional manifestation of this pressure is the current US blockage of the appointment of new members of the DSM Appellate Body. In December 2019, two of the three remaining judges are to leave office, with the coming end About the author of their terms of service. The Body and thus the entire DSM will be paralyzed, as at least three judges need to hear each case.

There are several common structural causes for these problems. First, the WTO is crippled by the inherited imbalances of the global trade regime which persistently reflects more the interests of the economically advanced and thus also more powerful members. Developing countries have from the beginning understood the Doha Development Agenda as being aimed at redressing these imbalances, and at leveling the playing field also in the areas of their interests, such as agriculture. In contrast, the established powers have always seen the DDA as just another round of negotiations, seeking to achieve market access in areas where their businesses are highly competitive, while giving up as little as possible in their areas of defensive interests, such as agriculture. Especially for India and South Africa, as the self- proclaimed representatives and defenders of the developing world, this is a continuing source of frustration. This frustration also fuels their readiness to block the negotiations. This happened, for example, in 2013, with Indian non-ratification of the Trade Facilitation Agreement, an agreement to cut bureaucratic obstacles to trade, at that point the only minor multilateral achievement of the Doha round.

Second, as in other areas of world politics, cooperation on the global level is thwarted by the omnipresent rivalry between the United States and China. In the global trade regime, China has grown into the position of the largest exporter in the world. At the same time, the US runs a massive trade deficit with China, amounting to around 370 billion USD per year. This is almost three times the value of US exports to China. China has surpassed the US as the largest economy in the world in purchasing power parity terms, and is almost certain to surpass it in absolute terms within the next 15 years. Over the years, the relationship with China has naturally become the single most important item on the foreign policy agenda of the US. In many ways, the behavior of the US across a number of fora is guided by this overarching concern.

In the context of the WTO, the core of the conflict is centered on the involvement of the Chinese government in the national economy, and the hidden or open support it provides to its individual exporting businesses as well as entire sectors. This support takes the form of (alleged) manipulation of the yuan, boosting the competitiveness of Chinese exports, and most importantly often rather non-transparent subsidy schemes in a number of areas, not least in the politically highly sensitive steel industry. In policy circles as well as in scholarly literature, these practices have become associated with the term ‘state capitalism’. As in numerous other emerging countries, including other members of the BRICS group, the Chinese government uses its extensive government capacity to provide its businesses with support that others see as unfairly distorting competition on global markets, and as being driven by a clear overarching geoeconomic strategy.

Third, an important part of the crisis of the global trade regime lies in the regime’s previous successes. Over the successive rounds of the General Agreement on Tariffs and Trade, between 1947 and 1994, tariff protections imposed by countries have declined rapidly. Especially in the most economically advanced countries, the average tariff protection is today often as low as 2%. As trade negotiators like to say, most of the ‘low-hanging fruit’ has already been harvested. Today, the truly liberalizing agenda of the negotiations thus needs to focus not on the elimination of protectionist measures ‘at the border’, such as tariffs, but increasingly on protection ‘behind the border’, within the individual economies. ‘Behind the border’ protection concerns such areas as regulatory frameworks, technical standards, government procurement, investment, forced technology transfer and intellectual property protection, and administrative obstacles to trade. In other words, the problem of authentic market access goes ever deeper into the domestic political and institutional arrangements in the countries. In the Doha round, many of these spheres were subsumed under the so-called Singapore issues. As early as 2003, this new, deep integration agenda, had to be dropped from the negotiations, upon insistence by the emerging powers, especially India. In the last few years, this problem is growing increasingly visible in connection with China and other emerging powers, with their activist domestic economic policies and heavy state involvement in economies. The deeper the liberalization is supposed to go ‘behind the border’, the higher the political costs are, especially for countries which see their domestic policy space as a fundamental prerequisite of their continuing economic growth.

These deeper structural forces are of course also joined by the protectionist domestic political shifts in a number of countries, but most importantly naturally in the US. The nationalist turn of US foreign (and foreign economic) policy further contributes to the crisis of the trade regime.

THE (START OF) THE CURE

The structural nature of the problems discussed in the previous paragraphs clearly indicates that the troubles are not going to disappear any time soon. In fact, if anything, they are likely to grow more prominent in the foreseeable future. Changes in individual policies, or even eventual changes in national administrations and foreign economic orientations will not solve the underlying persistent problems either. In that regard, the prospects of the global trade regime are rather dim. What can be done in such a situation, for the vitality of the trade regime?

Of course, especially the most powerful concerned WTO members, among them the EU, but also, e.g., Canada and Japan, should continue to seek creative negotiated solutions to the immediate problems threatening to escalate into full-scale institutional paralysis. Possible deals, acceptable to the US as well as rising powers, should be sought, e.g., with regard to the resuscitation of the DSM Appellate Body. Practicable solutions can be put forward also in the transparency pillar of the WTO, notably in the system of notifications and the Trade Policy Review Body. These efforts are underway and proposals for the improved functioning of the daily operations of the WTO should be discussed and implemented. For the sake of their own importance, but also as symbolic manifestations of the broader commitment of all key WTO members to the organization.

Such changes, even if they happen, will of course not resolve the underlying structural issues. Can anything at all be done to help alleviate them? First, the WTO needs to keep increasing its engagement in the most dynamic segments of the economy, such as services, information technology and artificial intelligence, e-commerce, etc. Based on the currently undergoing plurilateral initiatives, started after the last Buenos Aires Ministerial conference in 2017, the WTO negotiations need to show they are able to deliver. If not multilaterally, then at least plurilaterally. In e-commerce, for example, the plurilateral initiative appears to proceed dynamically, with the involvement of the vast majority of large markets. In the situation of a blockage of the multilateral leg this may represent an important stepping stone towards the creation of meaningful new rules. If the WTO fails also on these new plurilateral agendas, it may just never be able to recover.

Second, the author of this piece is of the opinion that one force for the maintenance and success of the WTO has been markedly missing over the last two decades – the business world. The source of institutional trouble within the WTO lies in its high politicization, whereby it increasingly suffers as a victim of broader (geo)political games. The commercial spirit of pragmatic exchanges driven by strong business motivations is growing scarcer. In the world of increasing political tensions between states and regions, the WTO’s true friends are those who will suffer from its decline most directly, the major exporting businesses. The WTO needs to be seen more as a place seeking ideas and involvement from the business world – routinely inviting business representatives and engaging them in discussions with the members’ representatives. It needs to avoid the image of being a highly politicized, impotent inter-state negotiation forum. If the WTO wants to prosper in the long-term, key companies, especially in the most dynamic sectors, need to see it as a place where business can be done.

About the author
Michal Parízek is an Assistant Professor and Deputy Head of the Department of International Relations, Charles University, and a researcher at the Peace Research Center Prague. 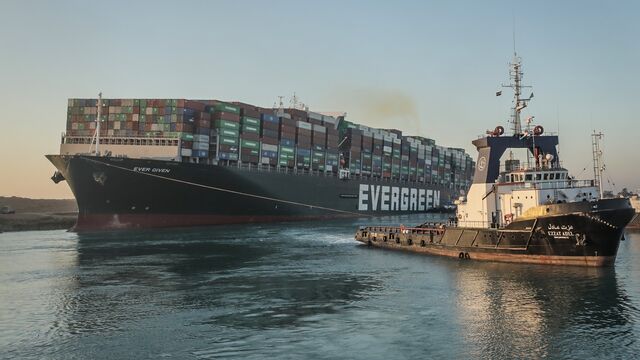