IDENTITIES AND SOLIDARITY IN FOREIGN POLICY: East Central Europe and the Eastern Neighbourhood 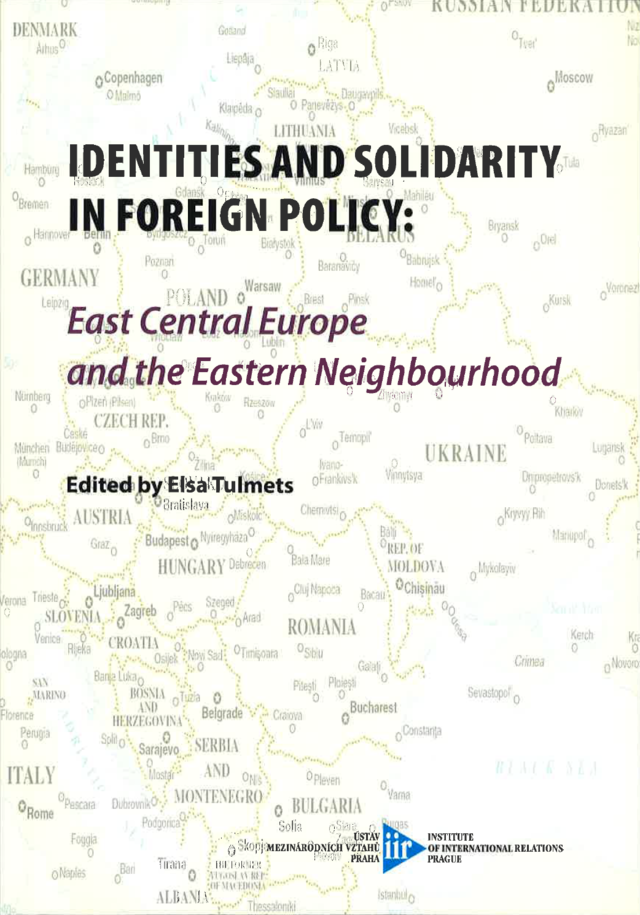 The concepts of identity and solidarity have become particularly relevant in the context of regional integration. However, larger comparative approaches to the foreign policy identity of EU members remain rare, even after the EU’s Eastern enlargement in 2004/07. There is even less work on solidarity in foreign policy. The core idea of this publication is thus to investigate the link between identity and solidarity in the foreign policy of members of the European Union (EU), in particular its East Central European (ECE) members. Although many publications account for an interest in ECE foreign policies, only few analysts have tackled them in a comparative perspective. In fact, the study of ECE policies was so far constrained by the political agenda of accessions to the EU and the fi eld of foreign policy remained underestimated.

In concentrating on foreign policy identity and solidarity in EU’s Eastern neighbourhood, the contributions to this book, which gather specialists from and analyses on all ECE countries, depart with a constructivist agenda, but show that other approaches, like rationalist arguments, might also be relevant to explain ECE’s progressive involvement in Eastern Europe. The book thus not only contributes in an original manner to comparative studies on ECE foreign policies, but also takes position in the now classical debate in International Relations on the relevance of both constructivist and rationalist approaches. It will therefore be of interest for experts and scholars of International Relations, Foreign Policy Analysis and European integration.

Solidarity in the EU: Does it exist? The view from the capitals (ON...