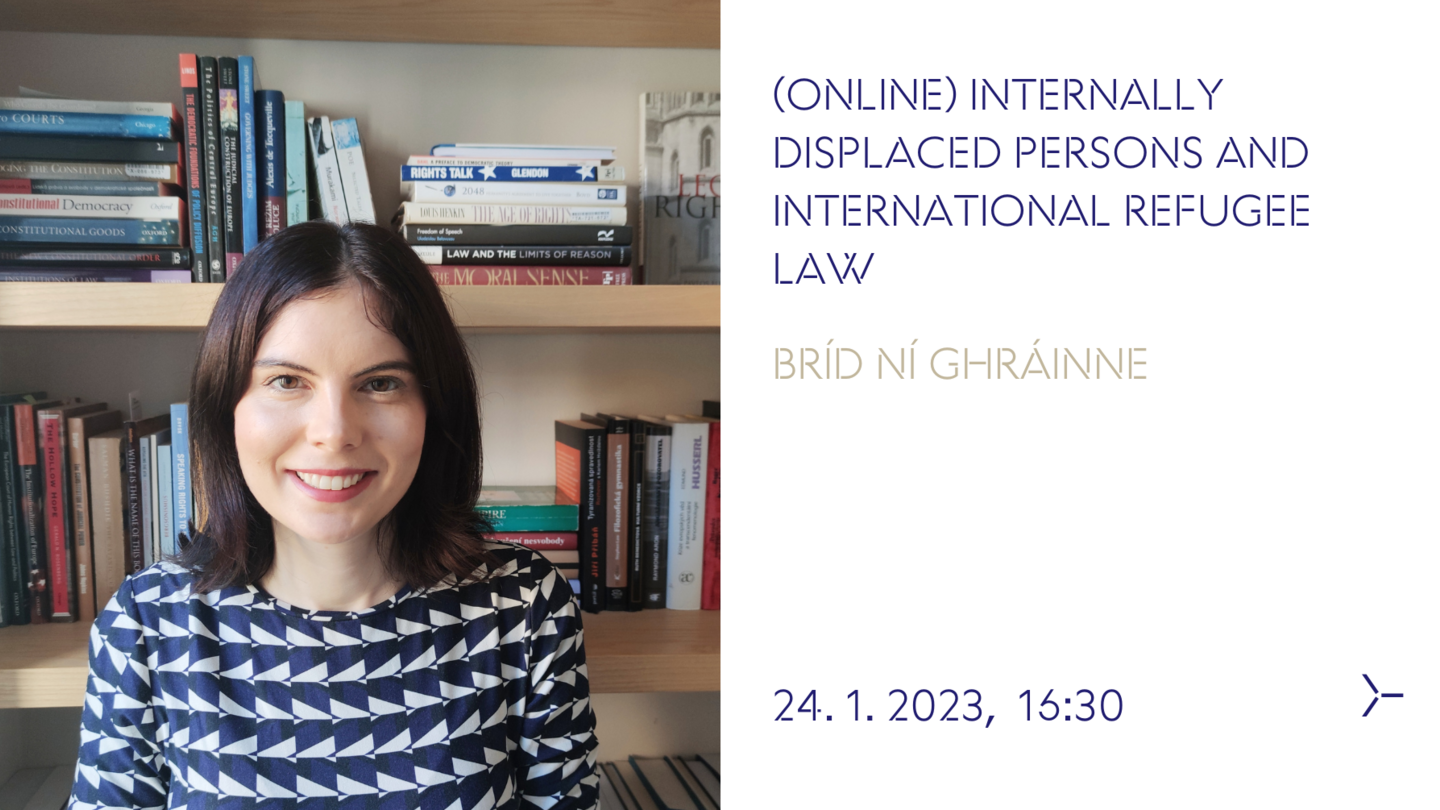 We would like to cordially invite you to an online webinar with Bríd Ní Ghráinne, Associate Professor at Maynooth University, Ireland, and Non-Resident Fellow at the IIR Centre for International Law, who will discuss the relations between internally displaced persons and refugees within the international legal and institutional framework. This talk draws from the author's recently-published monograph, 'Internally Displaced Persons and International Refugee Law'.

„Internally Displaced Persons (IDPs) are persons who have been forced to leave their places of residence for reasons such as armed conflict, violence, human rights violations, or natural or human-made disasters, but who have not crossed an international border. There are about 55 million IDPs in the world today, outnumbering refugees by roughly 2:1. Although IDPs and refugees have similar wants, needs and fears, IDPs have traditionally been seen as a domestic issue, and the international legal and institutional framework of IDP protection is still in its relative infancy.

This talk draws from the author's recently-published monograph, 'Internally Displaced Persons and International Refugee Law' (OUP 2022), which explores to what extent the protection of IDPs complements or conflicts with international refugee law. Three questions form the core of the talk: What is the legal and normative relationship between IDPs and refugees? To what extent is an individual's real risk of internal displacement in their country of origin relevant to the qualification and cessation of refugee status? And to what extent is the availability of IDP protection measures an alternative to asylum? The talk concludes by identifying current and future challenges in the relationship between IDPs and refugees, illustrating the overall impact and importance of the findings of the monograph, and setting out questions for future research.“

The event will be moderated by Prof. Veronika Bílková.