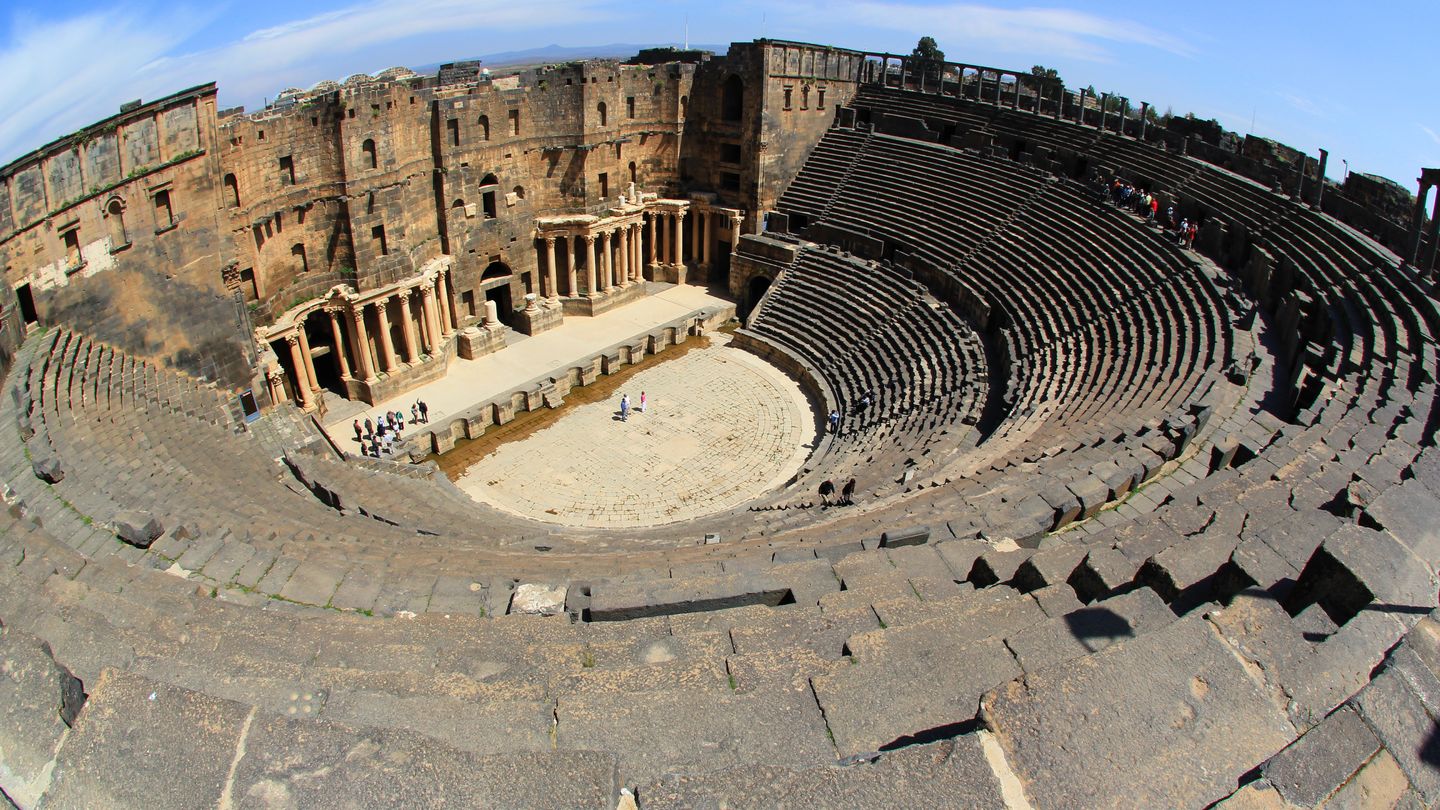 On Wednesday 9 October 2019, Turkey launched a cross-border operation in Northern Syria. Turkey justified its actions as a response to an ‘imminent terrorist threat’ from Kurdish-led forces. Its operation was directed at pushing back these groups from its border and creating a ‘safe zone’ in Syria where up to two million Syrian refugees can be resettled. This reflection aims to assess whether the Turkish operation to establish the safe zone was lawful; and whether the resettlement of Syrian refugees in the safe zone is in conformity with international law.

WHAT IS A SAFE ZONE?

A safe zone is an area established in armed conflict for the purposes of protecting civilians from attack. The idea is that those in the zone can live there safely, protected from the impacts of the conflict. Safe zones can take many forms, but often consist of areas in refugee-generating states that are protected by the military power of a foreign state or by an international organization.

Safe zones have a long history in international affairs. They were first used in the 19th century, and safe zones practice peaked during the 1990s and 2000s, when zones were set up in Sri Lanka (1990), Iraq (1991), Rwanda (1994), Bosnia (1993–1995), Afghanistan (2000–2001), Democratic Republic of Congo (2003); South Sudan (2004); and Somalia (2007). Some of these zones were relatively successful. For example, the US, UK and France set up a safe zone in Northern Iraq in 1991 to protect Kurds who had fled Saddam Hussein’s brutal regime. It provided sanitation, access to clean water, distributed tents and blankets to reduce exposure, distributed food to prevent malnutrition and is credited as saving thousands of lives. Other safe zones – such as the UN-established safe zones in Bosnia – were a disaster. Most notorious of the Bosnian safe zones is Srebrenica, which fell to the Bosnian Serb forces in July 1995, resulting in the deaths of over 7,000 Bosnian Muslims.

Establishing a safe zone without the consent of the territorial state inevitably involves the use of force. The use of force is prohibited in international law, subject to two exceptions. The first is where the UN Security Council characterizes a situation as a ‘threat to the peace, breach of the peace, or act of aggression’ and authorizes the use of force by way of resolution under its Chapter VII powers. Such authorization was never sought in relation to Turkey’s actions, probably because most (if not all) of the permanent members of the UN Security Council would likely veto such action.

The second exception is encompassed in Article 51 of the UN Charter, which provides that a state may use force in self-defence if an armed attack occurs against it. Turkey has invoked its right to self-defence on the basis that Kurdish forces close to its border ‘continue to be a source of direct and imminent threat as they opened harassment fire on Turkish border posts, by also using snipers and advanced weaponry such as anti-tank guided missiles.’

The ‘harassment fire’ referred to by Turkey is difficult to verify and in any event, unlikely to reach the threshold necessary to constitute an armed attack. An armed attack is subject to a de minimis threshold  LINK, and as such requires a relatively large scale, sufficient gravity, and a substantial effect. The International Court of Justice has established that ‘localised border encounters’ do not have the necessary gravity to be considered as armed attacks.

The legality of Turkey’s operation thus rests on the contention that (i) the right of self-defence does not depend on an actual attack occurring and extends to an ‘imminent terrorist threat’; and (ii) the right of self defence applies against nonstate actors. Although there exists some support for each of these contentions, they are highly controversial propositions and cannot be said to be generally accepted in international law.  Moreover, as a matter of fact, it is unclear whether the ‘harassment fire’ referred to by Turkey constitutes an ‘imminent terrorist threat’.

However, even if we take Turkey’s argument at its strongest, i.e. that it faces an imminent terrorist threat which triggers the right of self-defence, there is a wide consensus that any use of force is subject to the strict requirements of necessity and proportionality. The force used should therefore be limited in time, scope, and intensity of force to what is necessary to alleviate the threat. It rules out measures which are unnecessary, unsuitable, or excessive for the purposes of achieving this aim.

Turkey’s operation did not abide by these criteria. Turkey’s military operation began on 9 October when the Turkish Air Force launched airstrikes on border towns. By the end of the day, the Turkish military announced that the ground phase of the operation had begun. These operations led to the displacement of over 160,000 people in less than a week as well as the death of more that 70 civilians in Syria and 20 civilians in Turkey. There are various reports that Turkey’s forces ‘have displaced a shameful disregard for civilian life, carrying out serious violations and war crimes, including summary killings and unlawful attacks that have killed and injured civilians.’ Even if Turkey had a right to use force to defend itself, it is highly unlikely that the force used was necessary and proportionate to the alleged imminent threat it faced, and thus its actions were illegal.

Turkey currently hosts over 3.6 million registered Syrian refugees – more than any other country – and claims to have spent $40 billion to provide them with education, healthcare and housing. However, over the past four years Turkey has become increasingly hostile to Syrian refugees. It closed its border with Syria, carried out mass summary pushbacks, and has seen rising xenophobic sentiment against refugees in Turkey.  According to President Erdogan, Turkey received very little help from the international community and has ‘reached its limit.’  On 22 October 2019, Turkey and Russia agreed a deal allowing Turkey to control a 20 mile-wide and 75-mile-long area between the Syrian towns of Tal Abyad and Ras al-Ain. The Memorandum of Understanding includes a joint commitment ‘to facilitate the return of refugees in a safe and voluntary manner.’

Turkey is a party to the 1951 Refugee Convention and the 1967 Protocol relating to the Status of Refugees. However, when ratifying the latter instrument, Turkey made a reservation clause limiting its definition of a refugee to those who fall under the geographical scope of the former instrument. This means that Turkey’s definition of a refugee is restricted to individuals fleeing events in Europe. Syrians are provided with ‘temporary protection’ by the Government of Turkey, and the full range of rights set out in the 1951 Refugee Convention do not necessarily apply to Syrian refugees in Turkey.

Turkey is nonetheless bound by the prohibition of refoulement, which is enshrined in Article 33 of the 1951 Refugee Convention. The prohibition of refoulement applies to all refugees, whether recognized or not, and irrespective of nationality. It is also guaranteed by numerous international human rights instruments as well as Turkish law and forms part of customary international law which means it binds all states. The prohibition of refoulement means that a state cannot expel a refugee to a place where their life or freedom is threatened. In addition, there must be no risk of ‘chain’ or ‘constructive’ refoulement i.e., a refugee should not be returned to a place where the conditions there are so unreasonable that they may in desperation return to the territory of her persecutors or another area where there is a real risk of serious harm. For example, sending a refugee to a place where they will be exposed to poor socio-economic conditions such as lack of food, water, and the inability to sustain an adequate standard of living could, in certain circumstances, constitute refoulement if the individual might flee to another place where their lives or freedoms would be at risk.

Resettling refugees in the safe zone in Syria would very likely constitute refoulement as it is difficult to imagine how such a zone could in fact be ‘safe.’ Syria’s civil war has caused immense destruction and driven millions of people from their homes. Amnesty International has reported that all deportations to Syria are illegal because of the nature and severity of the human rights risks there, and people who have been returned have indeed been directly exposed to such dangers. UNHCR has urged all states to refrain from engaging in any deportations to Syria because ‘all parts of Syria are reported to have been affected, directly or indirectly, by one or multiple conflicts.’ The European Court of Human Rights has found that the level of indiscriminate violence is such that returning an individual to any part of Syria would be a violation of the prohibition of torture and inhuman or degrading treatment, as well as the right to life in the European Convention of Human Rights (to which Turkey is a party). Even if the zone set up by Turkey was somehow safe, the conflict in Syria has proven to be highly unpredictable and the security situation changes day to day, and sometimes hour by hour. It is thus difficult, if not impossible to determine the level of risk that a refugee faces if deported to the zone.

Careful consideration should also be paid to past precedents of safe zones in armed conflict, as history has shown that these zones are often anything but safe. The example of Srebrenica highlights the inherent danger of establishing a safe zone – the difficulty in ensuring the zone is safe from attack. As humanitarian vehicles, sites and staff have all been targeted ????LINK in Syria, it is difficult to envisage how the safe zone established by Turkey would be respected as immune from attack. Given the nature of warfare it is difficult to ensure that adequate aid reaches a safe zone, and that human rights are protected within a safe zone. Combatants often take advantage of the existence of a safe zone, sometimes intermingling with civilian populations and using the area for training or to launch attacks, making the safe zone a valid military target. Safe zones can also be seen by armed groups as a source of humanitarian aid and new recruits – which puts civilians, including children, in additional danger. The creation of a safe zone may also suggest to belligerent forces that areas outside the zone are somehow ‘unsafe’ and thus have less protection from attack.

Even the 1991 example of Operation Provide Comfort, which was widely seen as a success, should not be invoked as precedent that safe zones are alternatives for asylum. This is because the conditions for a successful safe zone are rarely as favourable as they were in northern Iraq in 1991. Iraqi military forces were badly damaged following the Gulf War, they had to cross much open country to attack the Kurds, and they were very vulnerable to air attack. The Kurds had strong fighting abilities and it was clear that the US had an incentive to protect the Kurds so as not to take away from the Desert Storm victory. In short, the conditions were unusually favourable to the safe zone strategy, conditions which are unlikely to be replicated, particularly in Syria in 2020.

Turkey’s actions stem, at least in part, from its frustration of shouldering a disproportionate responsibility for Syrian refugees. Turkey is host to over 3.6m refugees from Syria as well as about 400,000 refugees from other states. In contrast, EU states – the richest political bloc in the world – have largely devoted their energies to deterring refugees by enacting pushback operations, prosecuting those who assist refugees or save them from drowning at sea, and paying Turkey to prevent refugees from leaving its territory and reaching Europe.

Although Turkey’s frustrations are to some extent understandable, it does not justify its violation of its international obligations, namely the prohibition of force and the prohibition of refoulement. The international community is correct to condemn Turkey’s actions, but such condemnation needs to be accompanied with meaningful efforts to alleviate Turkey’s responsibility towards Syrian refugees. 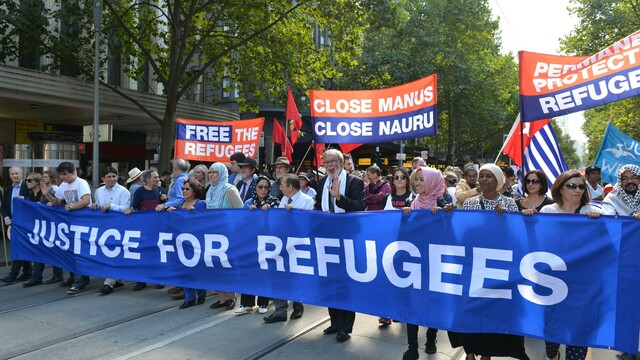 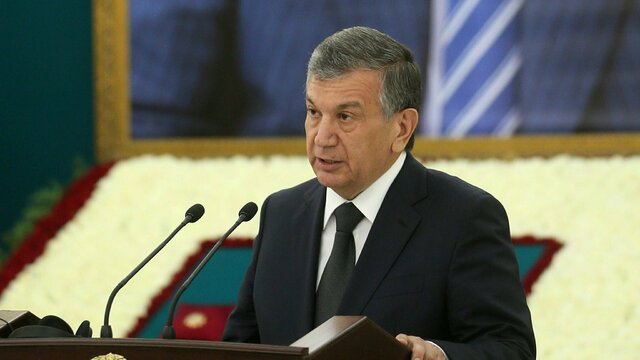 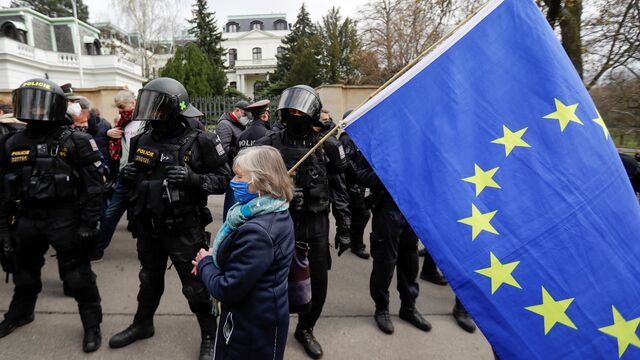 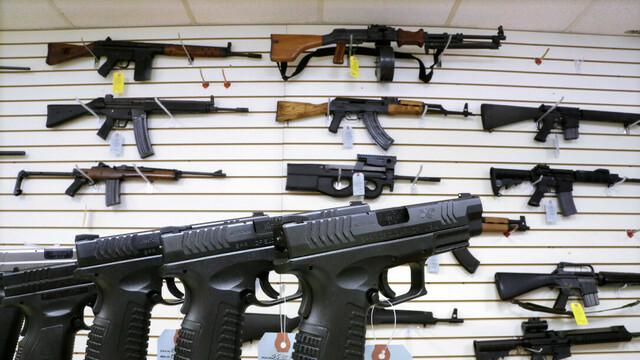