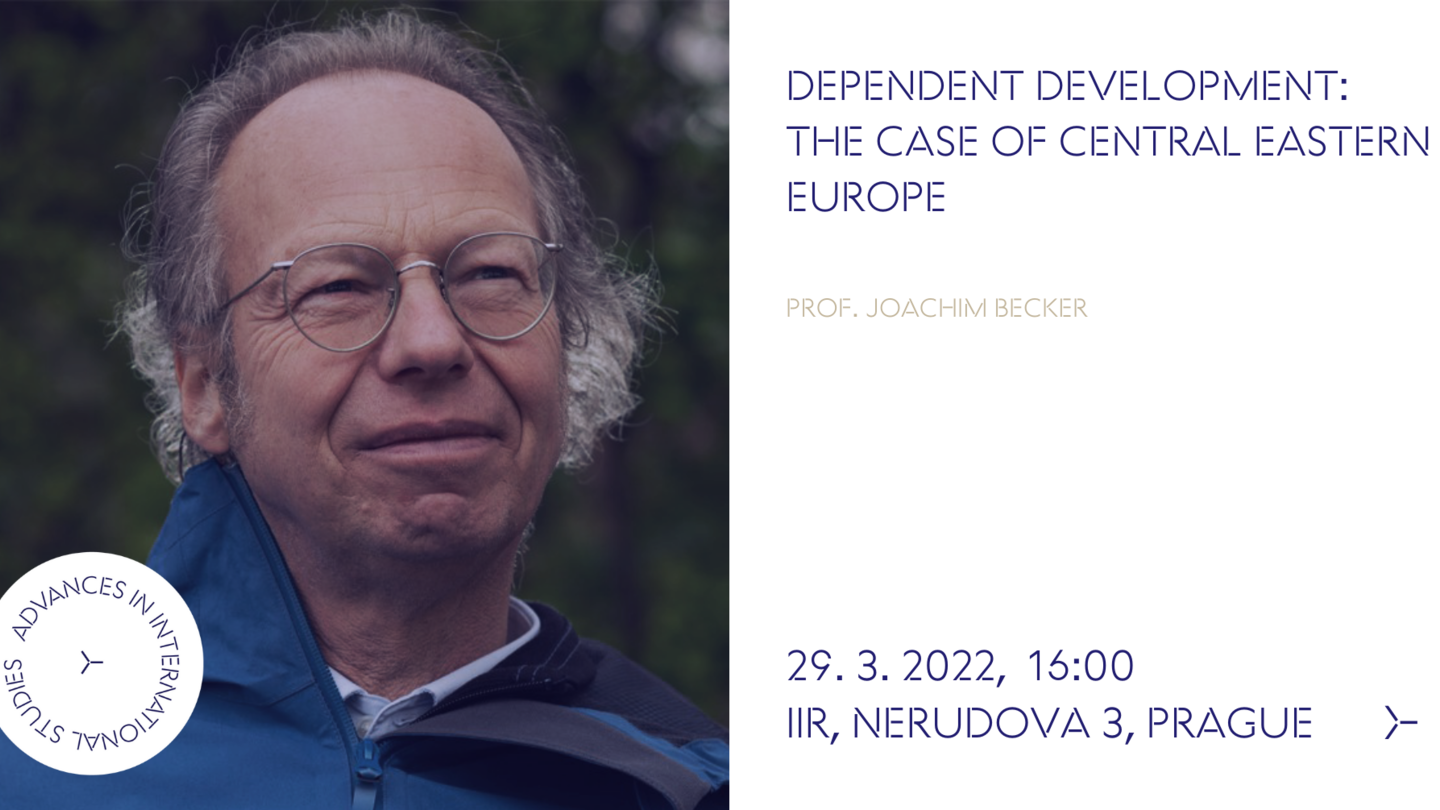 Central Eastern Europe has been integrated into the European Union in a subordinate way. The dependency approach provides a framework for analyzing development patterns in the context of these asymmetrical international relations. Joachim Becker will discuss an updated conceptualization of this approach to show how it allows to investigate key economic and political questions pertinent to the dependent development of countries such as Czechia, Poland, or Slovakia: Why is Central Eastern Europe still catching up with European core economies? What is the role of the EU and the region´s state in this reproduction of dependent development? And is there a link between such asymmetrical economic relations and the political rise of nationalist tendencies and forces across the region?

Joachim Becker is a Professor and Deputy Head of the Institute of International Economics and Development, WU Vienna University of Economics and Business. Among other areas, his research focuses on the dependent economic development, integration and disintegration processes, and the rise of nationalist right in Central and Eastern Europe. He is also an Editor of the social science journal Kurswechsel and a regular commentator for Slovak daily Pravda.

Joachim Becker Professor and Deputy Head of the Institute of International Economics and Development, WU Vienna University of Economics and Business