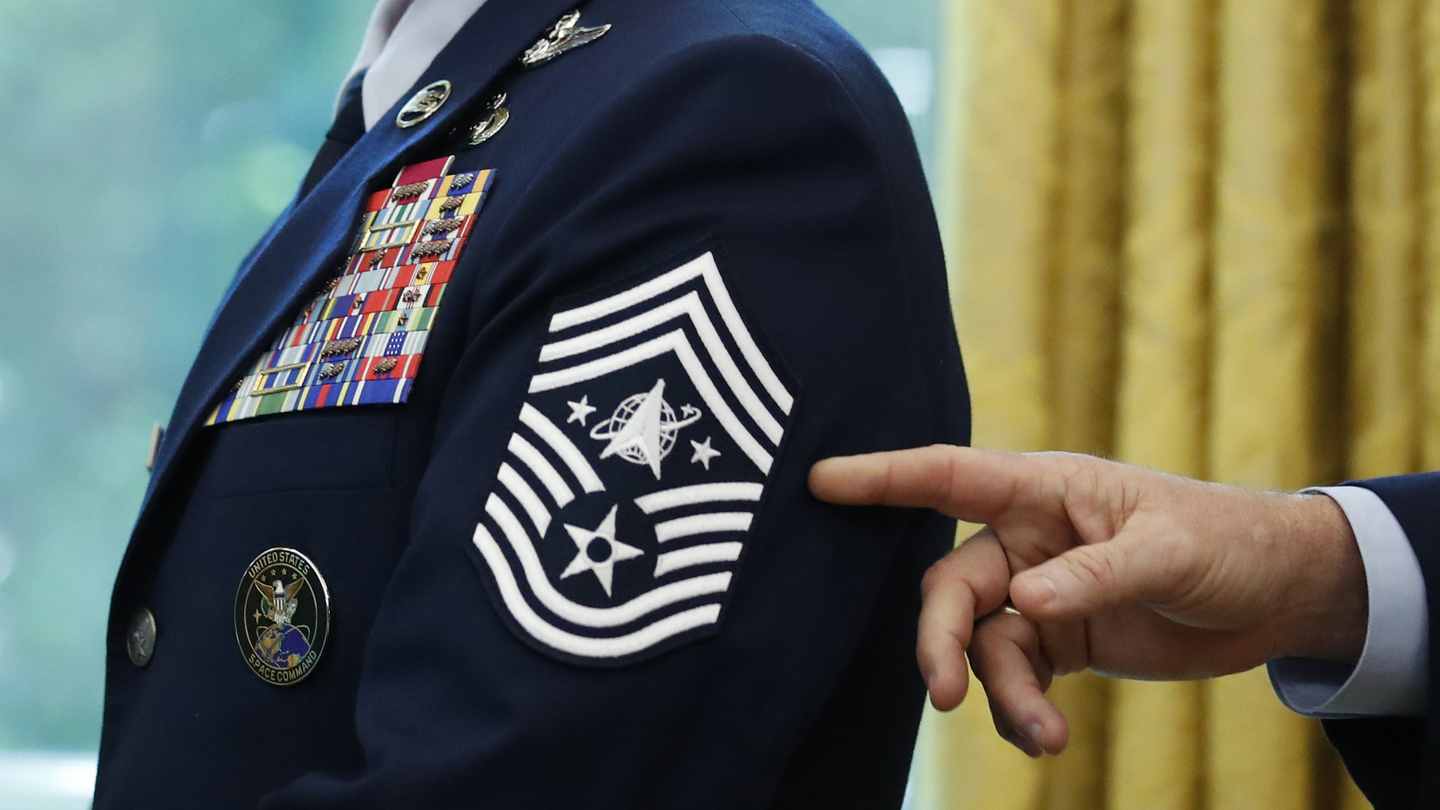 On March 14, 2018, U.S. President Donald Trump announced the plans to create a separate U.S. space force (USAF) that would have equal status with long-existing U.S. Army, Navy, and Air Force by 2019. That statement has sparked discussions among the American politicians and military on whether such move is feasible under current circumstances. President Trump himself seemed not paying much attention to the idea of separating the outer space military command from USAF during his first year in office, even despite the discussion in the Congress, while Secretary of Defense Jim Mattis was openly against the separation. The President’s stance had changed by the end of 2017, though, and in December 2017 outer space was included by Trump into the new National Security Strategy as a priority warfare domain together with cyberspace. In the end, Trump openly remarked that his National Security Strategy “recognizes that space is a war-fighting domain, just like the land, air and sea”.

On June 18, 2018 Trump reminded the public about his new intention, when he ordered to “immediately begin the process” of establishing the new military branch. This time his statement was noticed not only in the American political and military circles, but also beyond the U.S. border, namely in Russia. During the press conference immediately after the Helsinki summit, President Putin told media that the militarization of space was among the topics discussed with President Trump during the closed meeting. However, journalists from the American and Russian presidential pools did not pay attention to that issue, with most questions raised concerning the alleged Russian intervention into the 2016 U.S. presidential election.

Nevertheless, the fact that Vladimir Putin mentioned the space weapons issue together with such agenda items as wars in Syria and Ukraine is just another confirmation of the high attention to that issue paid inside the relevant groups of politicians and military strategists in major space-faring nations. The last decade was a period of rapid intensification of development of dual-use military-civilian space technologies that may play an important role in the near future, when strategic control over the outer space will prove to be a significant advantage. In the same way, the development of anti-satellite (ASAT) weapons has reached new heights.

The new space weapons race informally started on January 11, 2007, when China conducted its first known ASAT test, followed by a similar American test in February 2008. In both cases, old defunct satellites owned by China and the United States, respectively, were destroyed by missiles launched from anti-ballistic missile (ABM) platforms. Thus, it was demonstrated that besides the anti-missile potential, ABM systems should also be considered as systems with residual ASAT capabilities, making the military strategy even more complex. Since then, China has developed missile systems able to shoot down satellites not only on low Earth orbit (below 2000 km over sea level), but also those on medium Earth orbit (2000-35700 km) and even those on the geostationary orbit (~35700 km); the latter one is the orbit located directly over the Earth equator, on which satellites have a fixed position in relation to the Earth’s surface, i.e. a satellite literally flies all the time over the same point on the surface. That orbit is of high strategic importance as it accommodates many communication and broadcasting satellites. The range of Chinese missiles also covers the orbits of NAVSTAR/GPS satellites, which are located on semi-synchronous orbits (~20000 km). At the same time, since the Gulf War, which is dibbed “the first space war” due to the degree of use of outer space military capabilities, unprecedented for that time, the United States have become extremely dependent on their own space infrastructure. Any attack on it may easily downgrade the American strategic prevalence in a possible military conflict.

Besides China, Russia also started the re-development of its space military capabilities, mostly unused since the fall of the Soviet Union. Russia is using the existing know-how in the development of dual-use technologies, especially concentrating on co-orbital maneuvering. Besides maneuvering experiments with a number of Cosmos series satellites, there was a case that gained special attention, when in August 2017 a smaller satellite (Cosmos-2521) detached from a larger one (Cosmos-2519) two months after the launch of the latter one – the smaller was not registered with the United Nations Office for Outer Space Affairs prior to its detachment. The United States responded to Chinese and Russian developments in its own fashion. Besides the constant improvements of the American ABM capabilities, there is a number of more technologically complex solutions being tested, with USAF’s Boeing X-37B reusable orbital spacecraft being among the most discussed ones. Boeing X-37B is claimed to be a platform for testing the “reusable spacecraft technologies for America's future in space and operating experiments which can be returned to, and examined, on Earth”, but the duration of X-37B’s usual missions – impressive 2 years roughly – suggests there is also some more complex testing on-board the spacecraft. Among the openly known and speculated technologies tested on X-37B are various spy sensors, a new type of Hall effect engine that can be used for cost-efficient low-propellant maneuvers, as well as the structural design of X-37B, which reminds a downscaled Space Shuttle, also deserves attention.

Donald Trump’s pressure on the creation of a separate U.S. Space Force seems to be in line with the intensification of competition in deploying the dual-use space technologies described above – and his stance in general continues the Republican push towards an effective military solutions for outer space outlined by former U.S. Secretary of Defense Donald Rumsfeld, who already spoke about a possible Russian or Chinese space “Pearl Harbor” back in 2000. The X-37B project could become an optimal deterrence choice, able not only to react fast in case of danger, but also to mitigate risks to infrastructure that may arise from destroying enemy spacecraft by implosions: any hard ASAT attack with explosives or kinetic warheads may prove self-destructing in the future due to space debris produced in result of such an action. Still, the use of any new technologies aimed at countering the emerging threats would be useless without an effective command structure. Currently, the United States have outer space capabilities and missile defense both falling under the U.S. Strategic Command, together with strategic missile capabilities and intelligence, surveillance and reconnaissance (U.S. Strategic Command n.d.). The Department of Defense already had a separate Space Command in 1985-2002, which was eventually disactivated and command of all military space assets was transferred to the U.S. Strategic Command, thus combining missile ASAT and C3I capabilities in one block. In the Armed Forces service structure, most U.S. space assets fall under Air Force Space Command, which is the command that is supposed to be reorganized into separate U.S. Space Force.

In order to understand the trends, it is necessary to look on the Russian and Chinese experience as well. Russia has had Space Forces already since 1992, and in 2001-2011 it even was a separate military branch, but in 2015 Space Forces were incorporated into newly created Aerospace Forces, together with former Russian Air Force, thus effectively making the position of Space Forces in the Russian military structure similar to that of the U.S. Air Force Space Command (Ministry of Defence of the Russian Federation n.d.). Russian missile defense also falls under Aerospace Forces making a relatively integrated command structure for outer space. The name of the branch itself, “Aerospace Forces”, creates enough space for various combinations between air combat, missile defense, and space warfare capabilities.

China has embarked on a military reform at the same time with Russia by creating the PLA Strategic Support Force (PLA SSF) in 2015 with the mission of “coordinating and executing electronic warfare, space / counter-space and cyber warfare activities”. Chinese missile defense with residual ASAT capabilities still fall under PLA Rocket Force (former PLA Second Artillery Force), but CSIS report authors are sure that PLA SSF covers other, non-missile counter-space measures (ibid.). Nevertheless, PLA SSF is not a separate branch for outer space warfare, but a combination of outer space and cyber capabilities.

As we can see, Russian and China are aimed not on creating a separate branch for outer space warfare, but on effectively integrating the counter-space capabilities with other ones: air force and anti-missile in Russian case, cybersecurity in Chinese case. Returning to the U.S., there could be only one general reason for the creation of a separate branch for outer space warfare: preparing area for the future militarization of space. There is no evidence that the current structure works bad, and the USAF experimenting with X-37B is a good piece of evidence supporting that view. Now, there would be no major immediate internal change for U.S. Armed Forces with new branch being created, except for additional costs for that bureaucratic reshuffle. Most probably, U.S. Space Force would remain under U.S. Strategic Command jurisdiction, just like the current Air Force Space Command. In that respect, there would be no short-term win for U.S. Space Force supporters.

What U.S. military commanders forget about is the possible international reaction to the creation of a separate U.S. Space Force: together with repeated U.S. rejection of Russia and China-backed draft space arms control, that structural reshuffle would be seen as a further sign of the U.S. desire to put the space domain under its effective military control. Russia has already officially reacted in that fashion. Speeding the militarization of outer space up, creation of separate complex space military branches by Russia and China, and, finally, first space combats are among the probable mid- and long-term consequences of the signal the U.S. sends by the creation of Space Force. 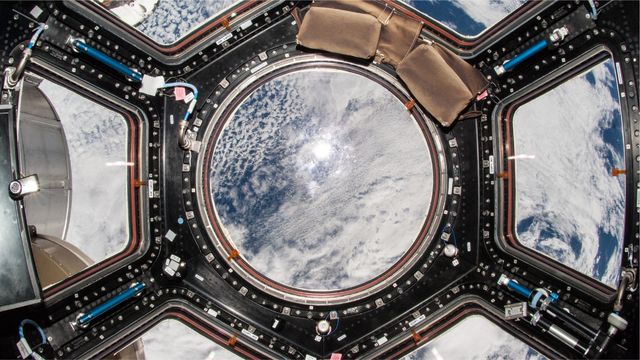